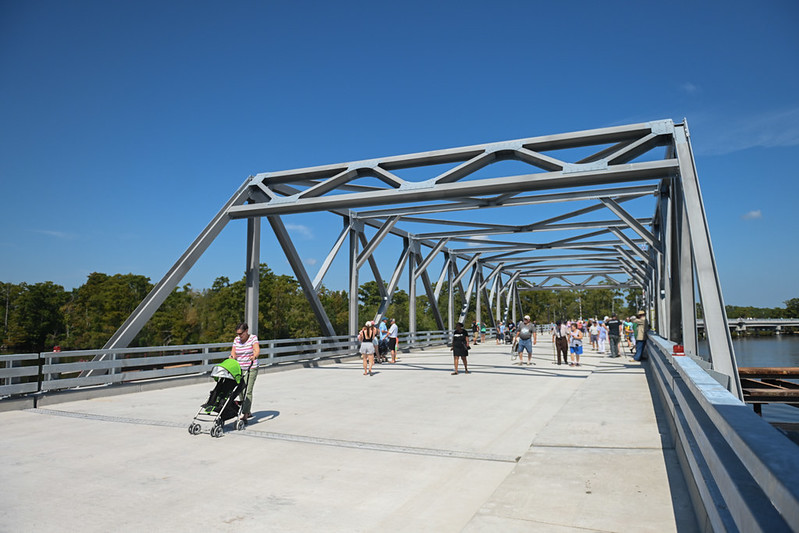 by WOBX staff
August 27th, 2022
Residents in Perquimans County walked and biked across the new ‘Hertford S-Bridge’ today during a Community Day to celebrate the near-completion of the project.

The state-of-the-art swing span bridge will carry U.S. 17 Business across the Perquimans River between Hertford and Winfall. It replaces the previous bridge, which was built in 1928 and removed in July 2021.

“It’s not easy replacing an icon, but we hope that once you get a chance to see this new bridge up close, the communities of Hertford and Winfall will be as proud of the new bridge as they were of the old one,” said N.C. Department of Transportation Division 1 Engineer Win Bridgers.

The bridge replacement is part of a $57 million project to improve U.S. 17 Business. The project also included a replacement of the adjoining causeway, which had been settling unevenly due to poor soil under the roadway.

The bridge and causeway are expected to open to traffic in the coming weeks. 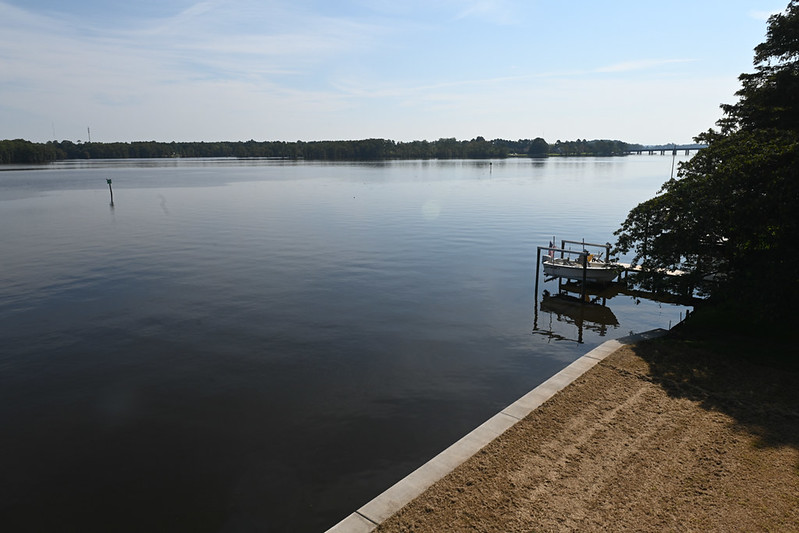