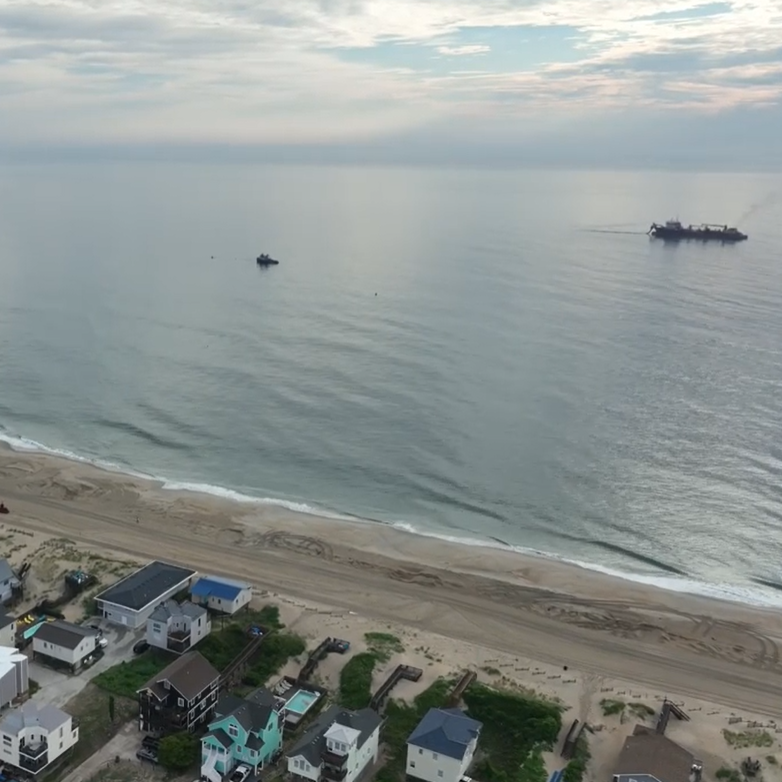 The 2022 beach renourishment project off South Nags Head was completed early Saturday morning, and removal of the equipment used for the sand pumping is already underway.

Great Lakes Dredge and Dock Co. pumped the last load of sand at approximately 2:30 a.m. from the Dredge Liberty Island to the northern terminus of the project area near the Comfort Inn South at 8031 South Old Oregon Inlet Road and milepost 16.

Approximately 611,000 cubic yards of sand was placed over 4.45 miles of beach from near Whalebone Junction to the town’s southern boundary at Cape Hatteras National Seashore during approximately 19 days of construction.

At a cost of nearly $14 million, the project was funded by grants from the Federal Emergency Management Agency, State of North Carolina and the Dare County beach nourishment fund to replenish sand from the previous project conducted in 2019 that was lost to Hurricane Dorian later that fall.

The Ellis Island completed the southernmost section of the project on August 1. After a short hiatus, the project resumed with the arrival of the Dredge Liberty Island on August 17, 2022.

Over the next few days, Great Lakes Dredge & Dock Co. will remove their equipment from the beach. The Gulfstream public beach access will remain closed while the equipment is being removed.

With completion of the South Nags Head project, that leaves just the projects taking place along Kitty Hawk, Southern Shores and Duck remaining this year. Work began near White Street and milepost 5 off Kitty Hawk earlier this week.