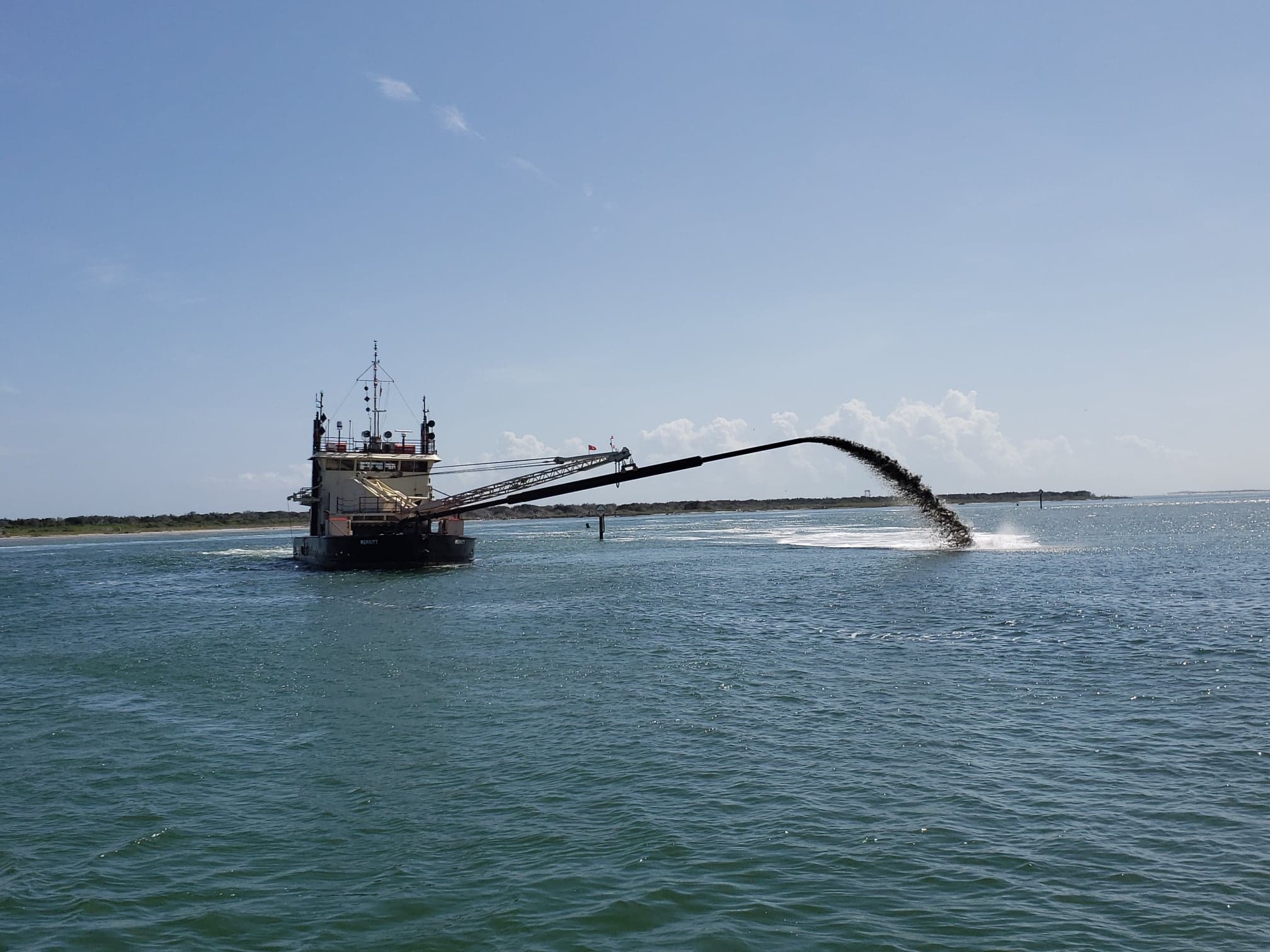 After nearly two years, the realignment of the Hatteras to Hatteras Inlet Channel has been approved, which means that federal dredging can now occur throughout the entire horseshoe route in Hatteras Inlet.

An Environmental Assessment and Finding of No Significant Impact was signed on November 30 by Robert M Burnham, LTC, U.S. Army, acting district commander for the Wilmington District of the U.S. Army Corps of Engineers (USACE).

This allows for maintenance of the horseshoe route by shallow draft dredges between October 1 and March 31, except for Sloop Channel North and Hatteras Connector Channel, which can now be maintained any time of the year.

Maintenance of Hatteras Inlet’s navigation channels has been a constant goal of the Dare County Waterways Commission and local stakeholders, for both economic and safety reasons.

Much of mariners’ frustration in recent years has been directed at the fragmented regulatory status of the inlet’s passages – some federal, some state, some neither, some both. Realignment of the federal channel helps to address these gaps.

“The long and the short of it is that the Army Corps of Engineers has not dredged past Barney Slough for almost 10 years now,” said Steve “Creature” Coulter, chairman of the Dare County Waterways Commission, in an earlier interview. “That’s when we formed the [current] horseshoe route… and we’ve been having trouble with that route for the past 4-5 years.”

The action expands the area included in the existing federal authorization, a long-sought revision that, until several years ago, was believed to be possible only through an act of Congress.

“Basically, it will be expanding the area we can dredge, in the aspect that it would make the entire horseshoe route federal,” said Coulter.

A scoping letter describing the Proposed Action and requesting agency participation was circulated by email on February 23, 2021, and a scoping meeting was held virtually on March 16, 2021. The USACE coordinated the Proposed Action with Tribes and Federal, State, and local agencies, and issued a Public Notice in October 2021, to solicit comments.

Three alternatives were considered during the process:

“The data collection, agency coordination, and findings of the Project Delivery Team (PDT) resulted in the Proposed Action,” stated Burnham in the Finding of No Significant Impact. “This plan will reduce concerns related to ferry delays during peak tourist season and will provide safe access to offshore fishing areas for those who rely on ocean access for their livelihood. The Hatteras to Hatteras Inlet Channel Realignment will increase dredging efficiency, improve navigability and safety, while also reducing costs to taxpayers for maintenance of these important shallow draft channels.”

The full 184-page EA and Finding of No Significant Impact documentation can be found online at  https://eft.usace.army.mil/saw-nav/Dredging/Hatteras_to_Hatteras_Inlet_Channel_Realignment_signed_FONSI_with_Appendices_Nov2022.pdf.