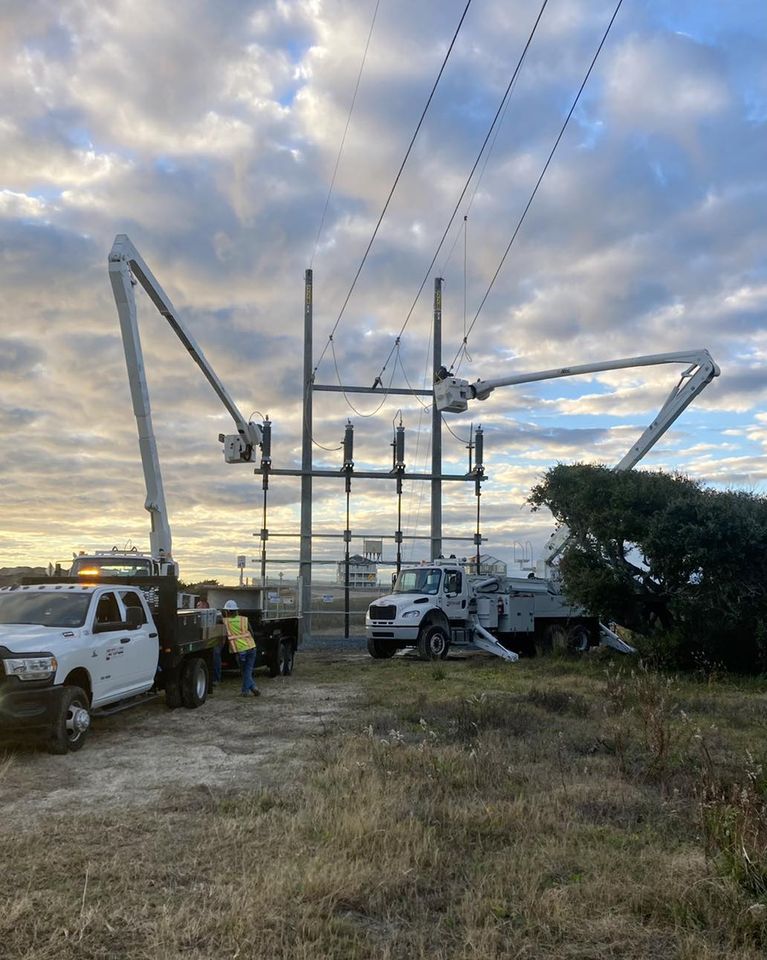 The final major piece of construction of the new Jug Handle Bridge on Hatteras Island was completed Tuesday, several months ahead of schedule, when contractors for Cape Hatteras Electric Cooperative finished connection of the transmission cable along the span over Pamlico Sound.

“The reliability of electric service to Hatteras and Ocracoke islands will be greatly improved for years to come, as we were able to bypass the vulnerable section of transmission infrastructure that was just north of Rodanthe,” the coop posted on Facebook.

Electrical and fiber optic cables now run through a conduit system under the 2.4 mile long span that bypassed the S-Curves section of N.C. 12, which has been subject to overwash from the Atlantic Ocean for decades.

Work on the project began last December and was not scheduled to be completed until February 2023. Delays in construction and opening of the bridge to vehicles allowed work on the conduit system to move faster than originally planned.

That also allowed contractors for the N.C. Department of Transportation to begin working this fall on removing the old N.C. 12 from the bypassed area.

An agreement was reached between NCDOT, Cape Hatteras Electric Cooperative, and the U.S. Fish and Wildlife Service which manages Pea Island National Wildlife Refuge, to leave the old roadway in place until the new power lines were installed on the bridge.

That would allow crews to still reach the overhead high voltage lines between Mirlo Beach and the northern foot of the bridge to make any necessary repairs.

Once the old transmission equipment and road is removed, the right-of-ways will be transferred to Pea Island National Wildlife Refuge.

Access to the beachfront through that area is only available by foot. A public parking area is located north of the bridge. Parking is not allowed along the old N.C. 12 and cul-de-sac in Mirlo Beach.