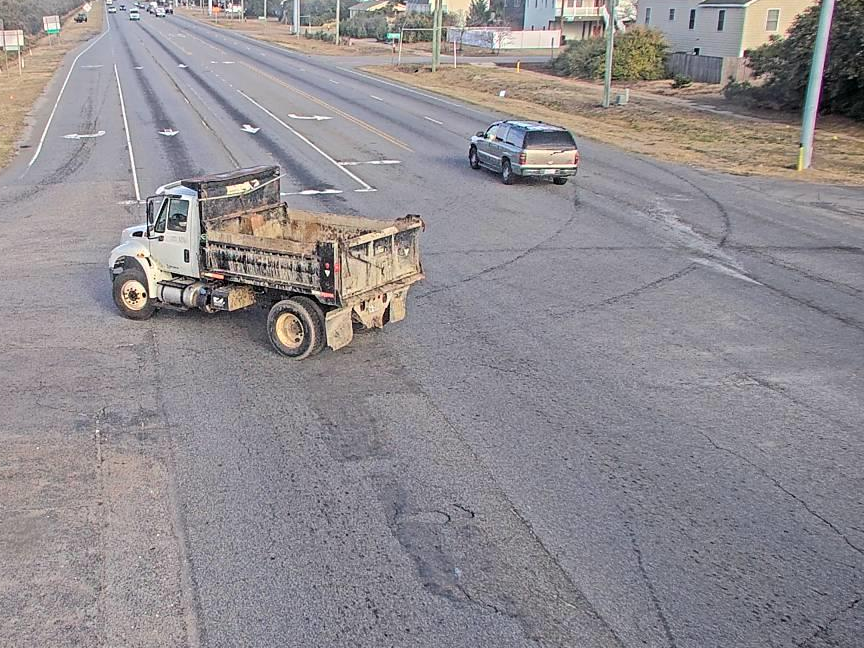 Once the weather gets just a little warmer on a more consistent basis, work on making U.S. 158 a smoother ride through Kitty Hawk, Kill Devil Hills and Nags Head will resume in earnest.

While new pavement was placed from the N.C. 12 intersection in Kitty Hawk through the Avalon section of Kill Devil Hills in the fall, the onset of mostly cooler air temperatures meant the rest of Croatan Highway down to Eighth Street at the KDH/Nags Head town line had to wait.

According to Tim Hass, Division 1 spokesperson for the N.C. Department of Transportation, the paving work by contractors will resume “once the seasonal limitation for placing asphalt expires or temperatures are consistently above 40 degrees.”

That’s also why the paving of where side streets intersect with The Bypass, painting of more visible lines and application of reflectors on the new asphalt has not taken place.

“We estimate this work could begin towards the middle of February,” Hass said. “Once work resumes and all paving is complete, the permanent paving markings and snow-plowable reflectors will be installed.”

Nags Head’s part of U.S. 158 is also not being left out of getting fresh pavement, but also has to wait a little while longer.

Prior to the start of milling of the old road surface between 8th Street and Whalebone Junction, traffic control devices were set up Thursday ahead of crews scraping shoulders alongside South Croatan Highway where there is no curb-and-gutter.

“The shoulder construction is additional work…is to remove excess material from the shoulders before the milling and paving operations begin,” Hass said.

Expect closures of the outside lanes where the scrapping is taking place between the U.S. 64/N.C. 12 area north to the KDH/Nags Head town line.

Beginning in the next couple of weeks, drainage pipes running under the five-lane highway will be replaced at West Oak Knoll Drive, Baltic Street and in front of Nags Head Town Hall.

“This work will require temporary lane closures on U.S. 158 and a detour onto N.C. 12 during construction,” Hass said.

“An update will be sent prior to any road closures as well as entering the incident into DriveNC (NCDOT’s online traffic information system),” Hass said.

And once the weather is warm enough, the Nags Head repaving will start around Gray Eagle Street and proceed northward one lane at a time.