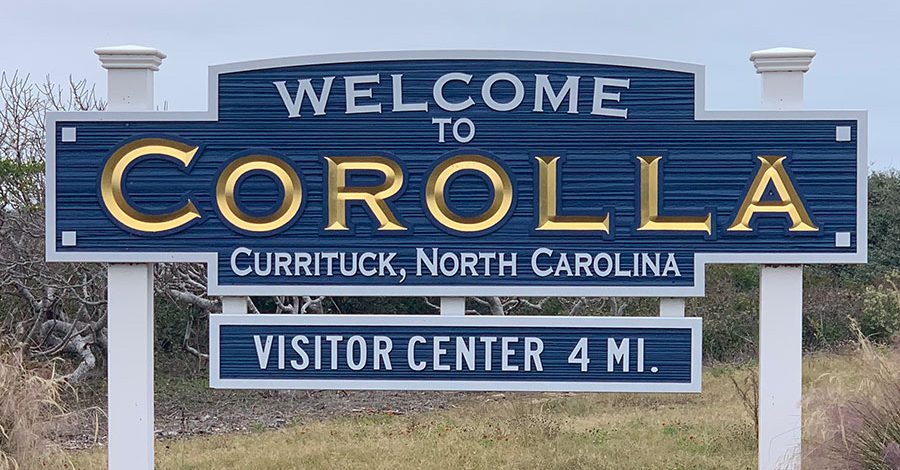 A joint effort of residents, property owners, rental management companies and law enforcement in Corolla has been launched to prevent a repeat this June of “atrocious, intolerable behavior” during what is commonly referred to as “Beach Week” or “Senior Week”.

“We want all visitors to enjoy Corolla, including young folks who have just passed an important milestone in their life, but all visiting families need to be able to enjoy their time here without the fear or burden of out of control “Animal House” type behavior,” said Corolla Civic Association President Barbara Marzetti in a press release issued Wednesday.

Marzetti said the civic association facilitated a meeting with more than 100 community members on November 1, to review issues, actions and results from “Beach Week 2022”.

Beach Week is when thousands of high school graduates and their friends descend on popular East Coast vacation destinations, many that have much more active party scenes than the Outer Banks, during the first several weeks of June.

Ocean City, Maryland and Myrtle Beach, South Carolina, among others, even openly promote activities and events surrounding Beach Week/Senior Week, in an effort to curtail underage drinking and rowdy behavior.

While it was not uncommon for these gatherings to take place here for decades, the trend has been for even more and more Beach Week-ers to find their way to the Outer Banks.

And the partying appeared to become more pronounced and more concentrated on the Currituck Banks the last two years. One northern Virginia high school newspaper even published an article about how to plan for Senior Beach Week 2022 in Corolla.

The increase in high school grad party weeks on the Currituck Outer Banks led local and state authorities last spring to step up their efforts to curtail problems.

“A heavy law enforcement presence was brought to bear and many Beach Week revelers, both kids and chaperones, found themselves arrested or cited for alcohol-related and alcohol-fueled crimes,” Marzetti said.

She also noted that among the adults that received citations were a high school assistant principal from out of state and a federal law enforcement agent.

The Currituck County Sheriff’s Office also significantly boosted the number of deputies stationed in Corolla during the “Beach Week” period and responded to a record number of calls, according Marzetti.

“The goal was to develop strategies and tactics to inhibit the over the top ’22 Beach Week shenanigans and confrontations during the upcoming 2023 season to protect Corolla’s well-earned reputation as the ‘best family town’ in the OBX,” Marzetti said.

One common complaint was the “increasing disregard that many parents/chaperones have for the law and obligations under rental leases, apparently wanting to be the “cool” parents,” Marzetti said.

Most rental companies on the Outer Banks have instituted a number of measures over the years to prevent the renting of homes directly by teens, as well as adults who get the house for a group and then just “turn the keys over”.

Marzetti said the magistrate provided recommendations for accelerating “Vacation Rental Summary Ejectments”, which are considered a small claims matter and can be ruled on by the magistrate in Corolla. An eviction notice from the court can then be enforced by the Sherriff’s Office.

“He also advised review of vacation rental lease agreements to ensure that the lease definition of ‘material breach’ is sufficiently comprehensive to support evictions,” Marzetti said.

There are instances, however, where some of the Beach Week partying is taking place at homes that the owner or their relatives have “blacked out” or don’t use a rental property company at all, and are instead partying there themselves.

Marzetti said the Corolla Civic Association is currently drafting a letter to be sent to high school principals, superintendents and school boards and private schools in locations that have been the largest source of Beach Week high school graduates.

“The key message is that Corolla is a great place for families to visit and a terrible place for wild, out of control partying, that leads to confrontations with other residents, visitors, who then become fearful for their safety,” Marzetti said.

She said the letter will detail what can happen if “Beach Week” gets out of hand, including an “early end to their Beach Week”, “significant financial penalties, and “a criminal record that could adversely impact their future”.

“The hope is that this information will be shared with students and parents so that there is a clear understanding that “gone wild” behavior will not be tolerated here,” Marzetti said.