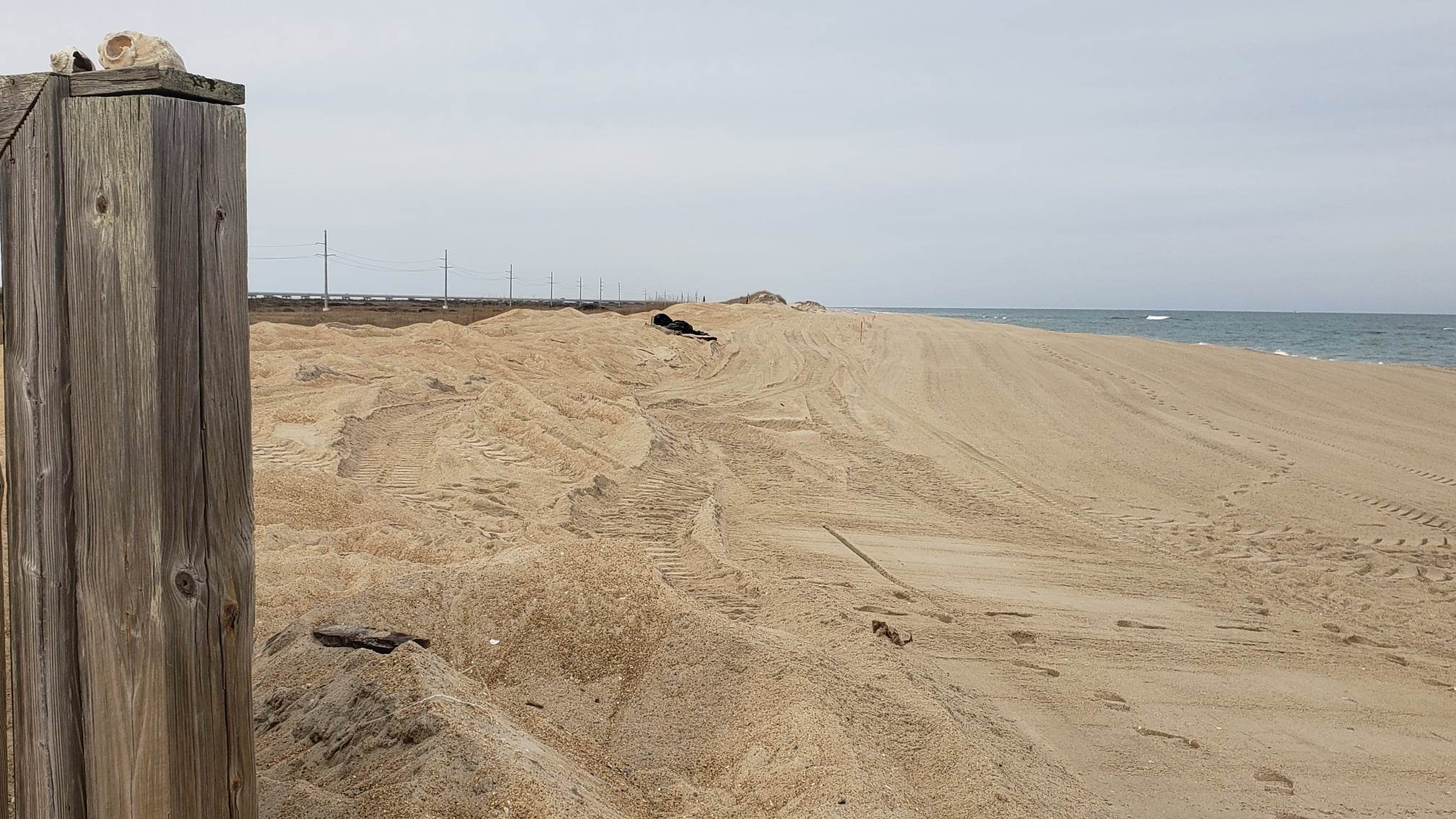 The North Carolina Department of Transportation (NCDOT) recently completed the pavement removal of a former section of N.C. Highway 12 north of Rodanthe, known as the S-Curves.

The roughly two-mile stretch of former roadway is now bypassed by the Jug Handle Bridge, and removing the old section of the highway was the final step in the multiple-year Jug Handle Bridge project, which began in July 2018.

“The pavement and sandbag removal are complete, although we are [now] in the process of cleaning up the ‘scraps’ of pieces of pavement from the road, and fabric from the sandbags that may still be left behind,” stated Tim Hass, NCDOT Communications Officer.

The pavement removal was finished on December 20, while the sandbag removal wrapped up on January 2. Now that the roadway has disappeared, the area will return to the Pea Island National Wildlife Refuge, per NCDOT’s original easement agreement with the U.S. Fish and Wildlife Service.

The S-Curves area had been one of the most vulnerable sections of N.C. Highway 12, and was routinely flooded by ocean overwash that forced closures of the highway during nor’easters and tropical weather events. In fact, the bypassed area has been covered in water and sand multiple times since the Jug Handle Bridge opened in July 2022.

Work to remove the pavement and sandbags began in early October 2022. NCDOT crews will be able to complete all remaining work without disrupting traffic on N.C. Highway 12.