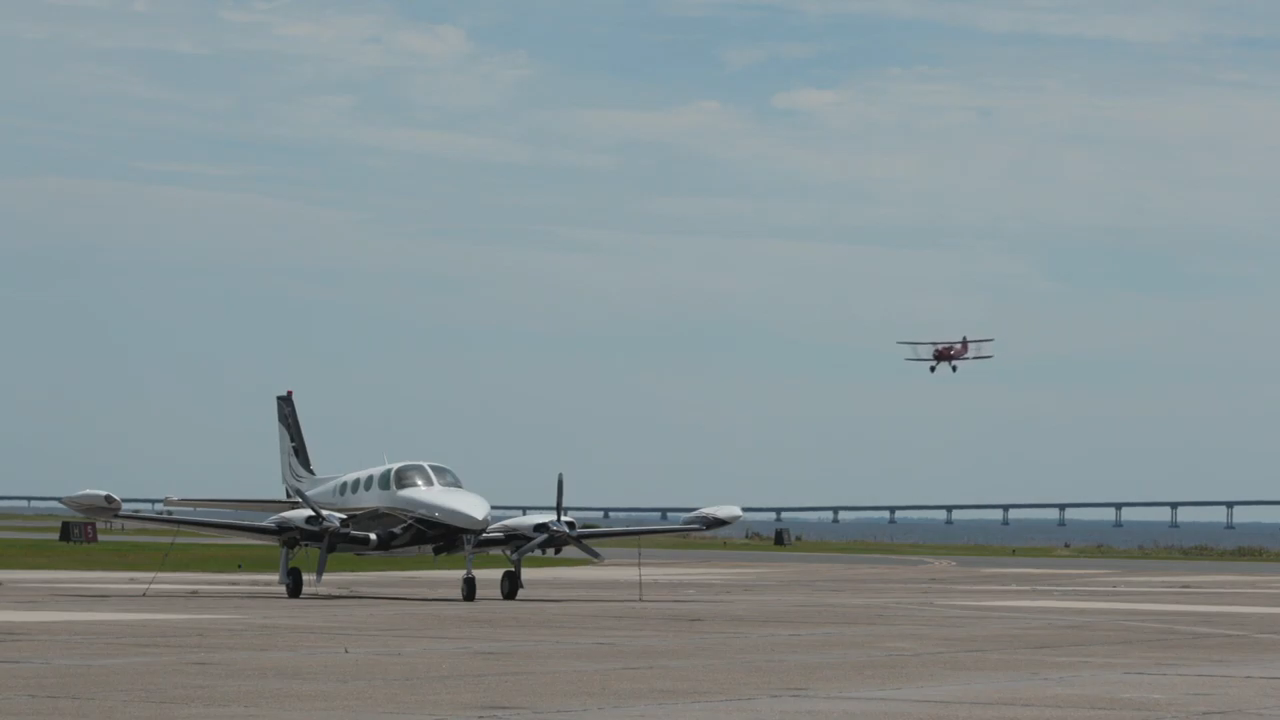 The nine publicly owned, general aviation airports located on the Outer Banks and in northeastern North Carolina have a total economic impact of over $715 million and supports 4,520 jobs, according to a new report from the N.C. Department of Transportation’s Division of Aviation.

Elizabeth City Regional Airport supports the most jobs of any general aviation facility in the state (3,625) and generated the fourth-highest economic impact in general aviation of $524.36 million.

ECG shares runways with U.S. Coast Guard Base Elizabeth City and is home to a number of Coast Guard aviation maintenance and repair contractors.

The report also shows Elizabeth City Regional Airport generated $283.97 million in personal income and $16.932 million in state and local taxes in 2020 and 2021.

The region’s airports are also home to several growing secondary and higher education programs in aviation.

Elizabeth City State University’s Aviation Science program, which had an enrollment of 56 students as of the fall of 2021, utilizes Elizabeth City Regional as its base of operations.

College of the Albemarle enrolled a total of 34 students in Aircraft Structural Training and Aviation Systems Technology programs in 2021, which are taught at COA’s Regional Aviation & Technical Training Center at the Currituck Regional Airport.

Beginning in February 2023, First Flight High School in Kill Devil Hills will be the first in North Carolina to offer students the opportunity to build a FAA-certified airplane.

The Tango Flight program will be based at nearby First Flight Airstrip at Wright Brothers National Memorial.

North Carolina has 72 publicly owned airports that contribute more than $72 billion to the state’s economy each year – 11% of the state’s gross domestic product, or total economic output – and support nearly 333,000 jobs, according to the report.

Statewide, NCDOT says airports and aviation-related jobs also provide nearly $23 billion in personal income and contribute $3.7 billion in state and local tax revenues every year, based on 2021 data provided by the airports and Federal Aviation Administration.

Passenger service at North Carolina’s commercial service airports bounced back in 2021 to 56.9 million, 80% of the state’s banner traffic count in pre-pandemic 2019. More cargo flowed through North Carolina airports in 2021 than ever before — 1.3 million tons, up 22% from 2019 — driven by a major increase in durable good and online purchases by homebound consumers.

The report contains data compiled and analyzed for NCDOT by North Carolina State University’s Institute for Transportation Research and Education. Impacts are calculated based on factors such as jobs supported by the airports and the businesses that rely on them, business and leisure travelers, and airport capital projects and operations.

View the full report, including the breakdown of each individual airport’s contributions, at www.ncdot.gov/aviation.​