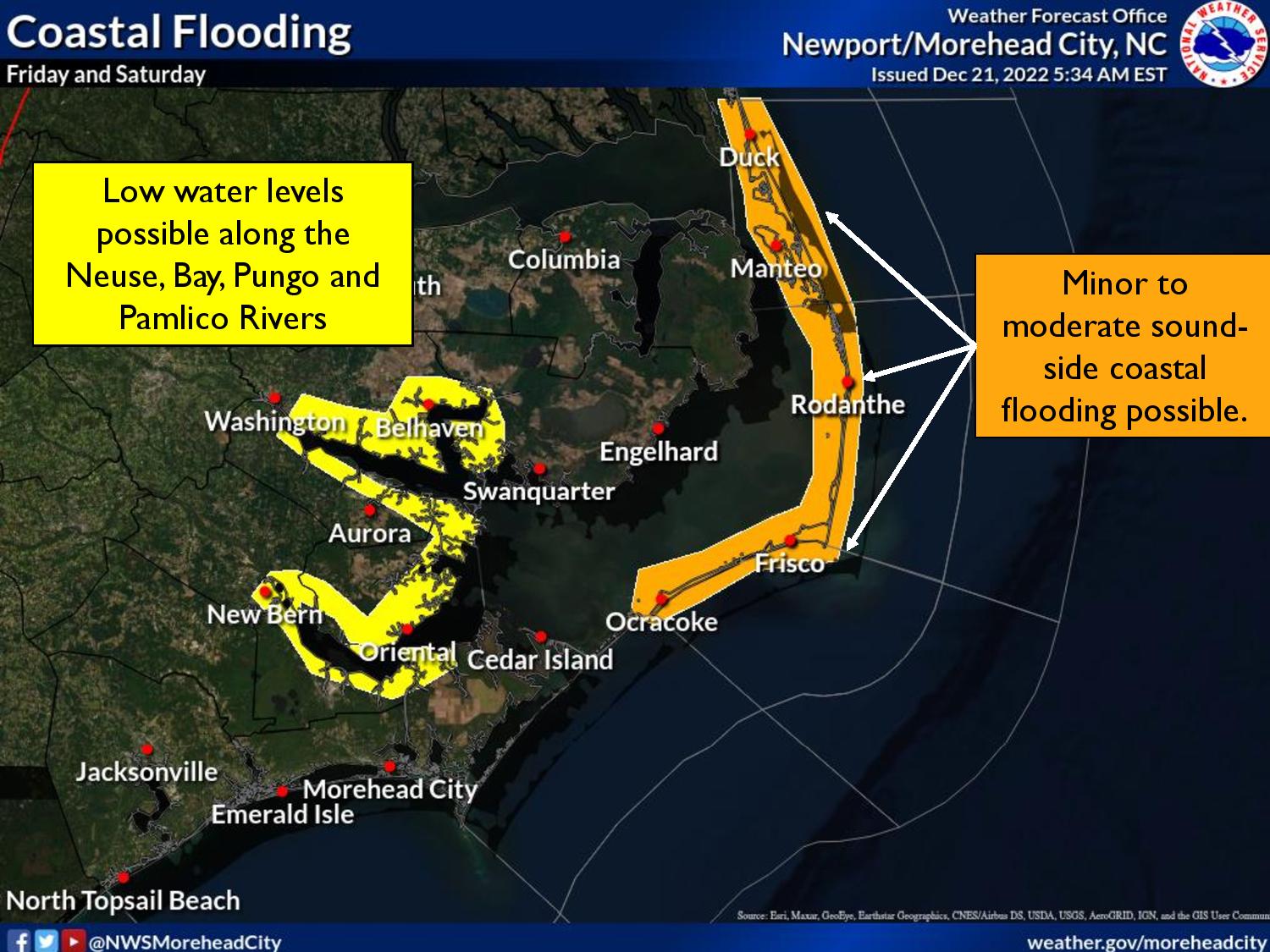 There won’t be a White Christmas for the Outer Banks and northeastern North Carolina, but it’s going to feel like the Polar Express rolled through along with the potential of soundside flooding.

A “bomb cyclone” is forecast to move across the northern tier of the United States this week, with a trailing Arctic cold front passing through our region.

Ahead of the front, heavy rain is forecast for Thursday, with up to 3 inches possible in some locations. 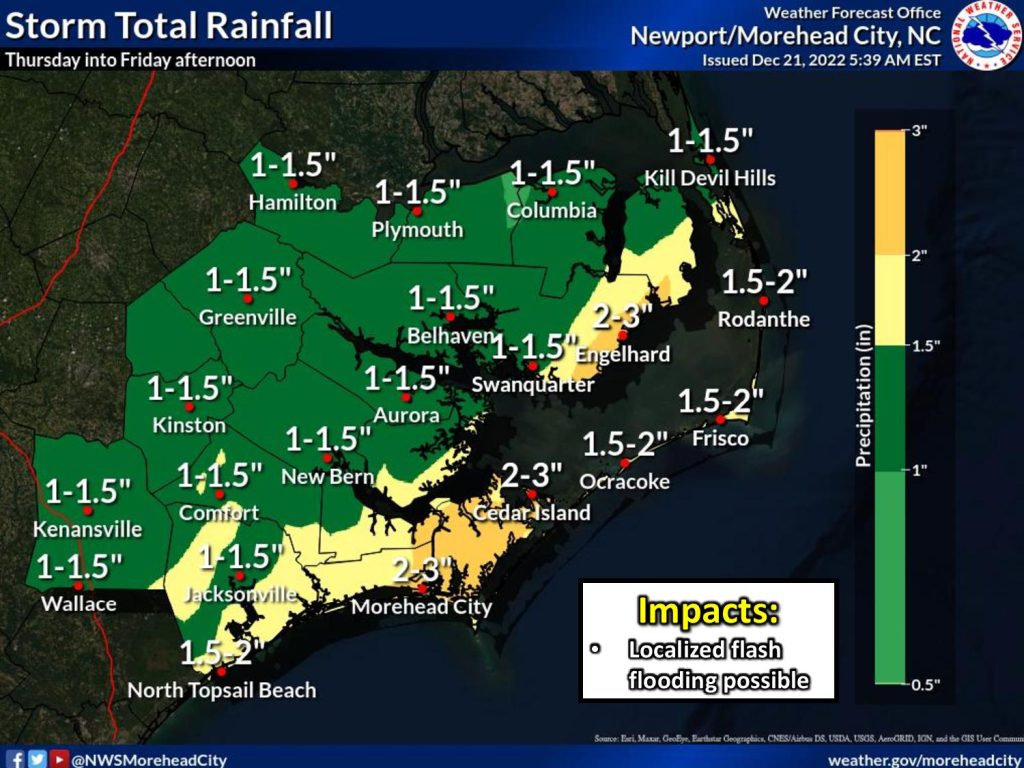 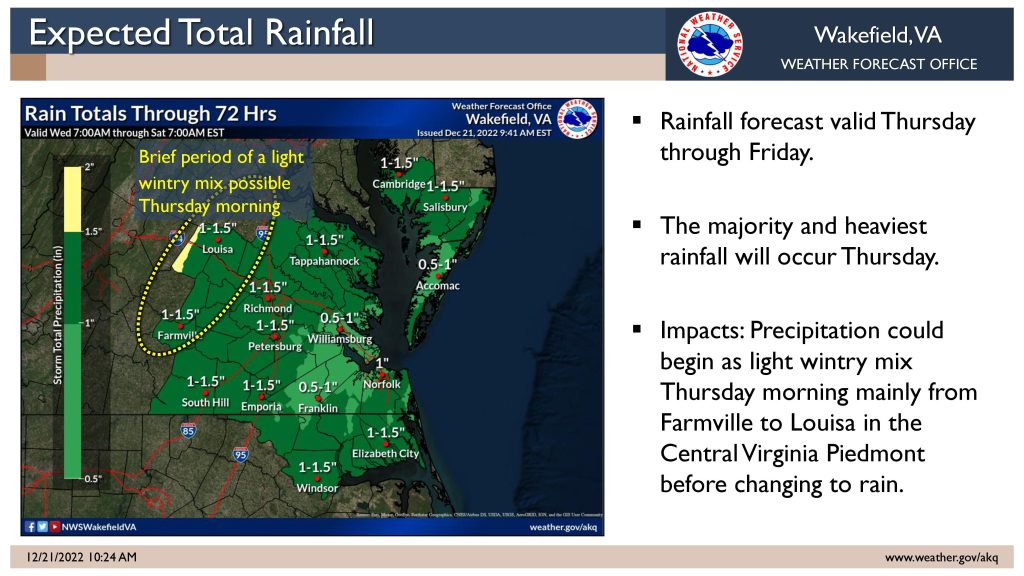 Winds will start out from an easterly direction at 15 to 25 mph, which could cause overwash at high tide on vulnerable sections of N.C. 12 on Pea Island as well at locations where dunes are compromised in northern Rodanthe. Travel along the four-wheel drive beach north of Corolla will also be impacted.

When the front passes, winds will shift on Friday to a westerly direction and increase to 25 to 40 mph, with gusts as high as 55 mph in some spots. 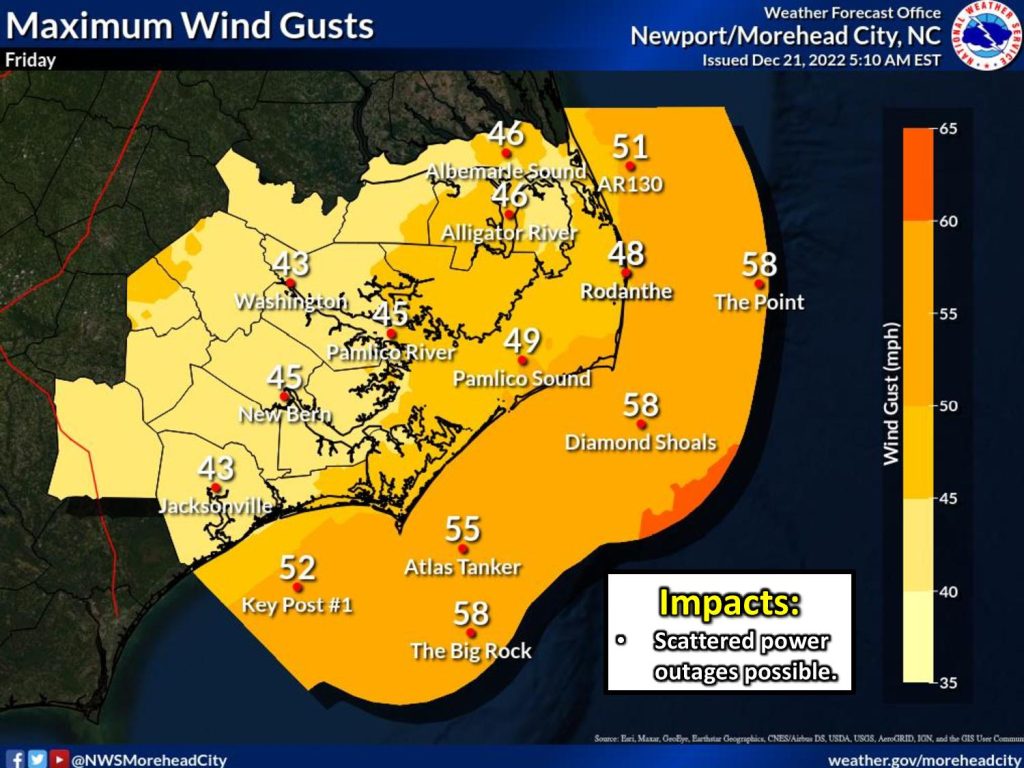 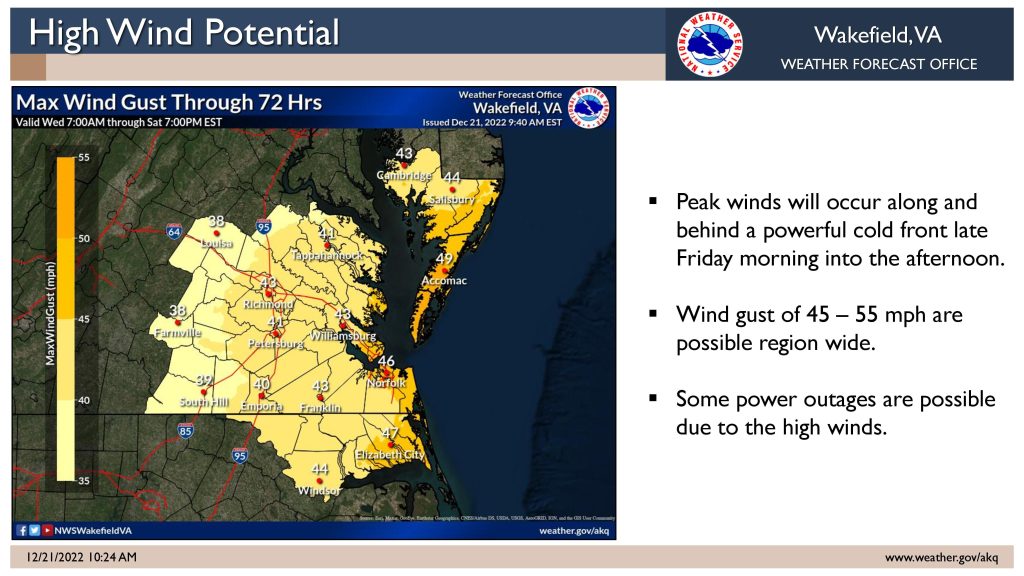 The threat of coastal flooding will shift from the oceanfront to the soundside on Friday, especially in areas that are prone to water level rises on west winds of 1 to 3 feet. 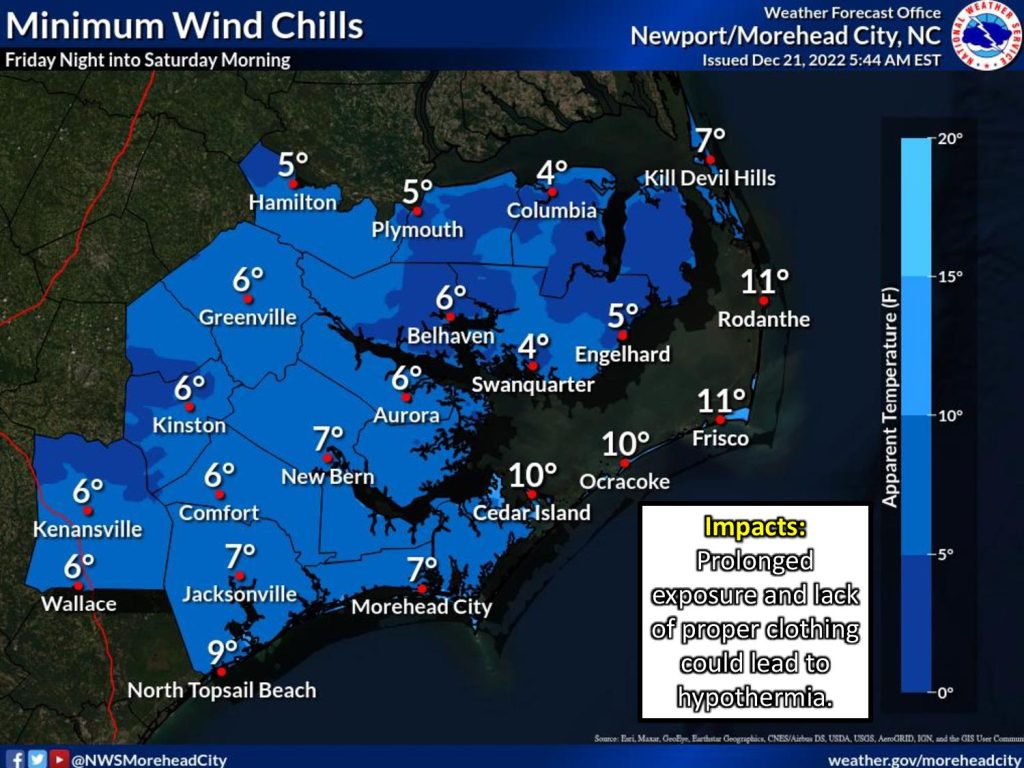 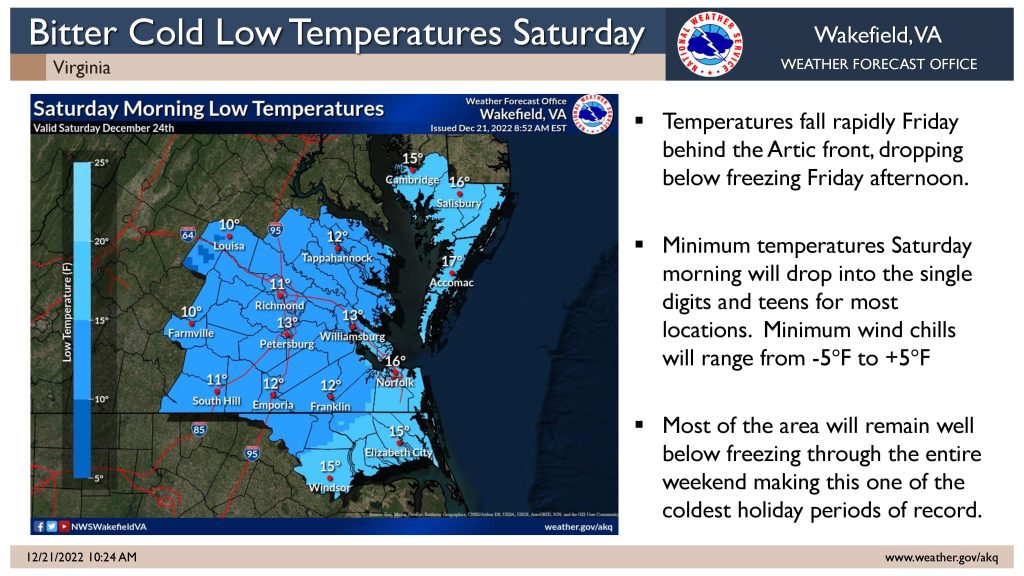 Temperatures will crash behind the front into the teens for overnight lows and barely reaching freezing during the day, that could cause possible damage to water pipes from Friday night into Sunday morning. Wind chills in the teens and single digits are possible.

With the rapid drop in temperatures slippery surfaces are possible as standing rain water freezes.

Winds are forecast to ease on Christmas Day with temperatures in the mid 30s before more seasonable conditions for early next week.

Currituck County provides beach safety and emergency updates for Corolla and the mainland via Currituck Alert.