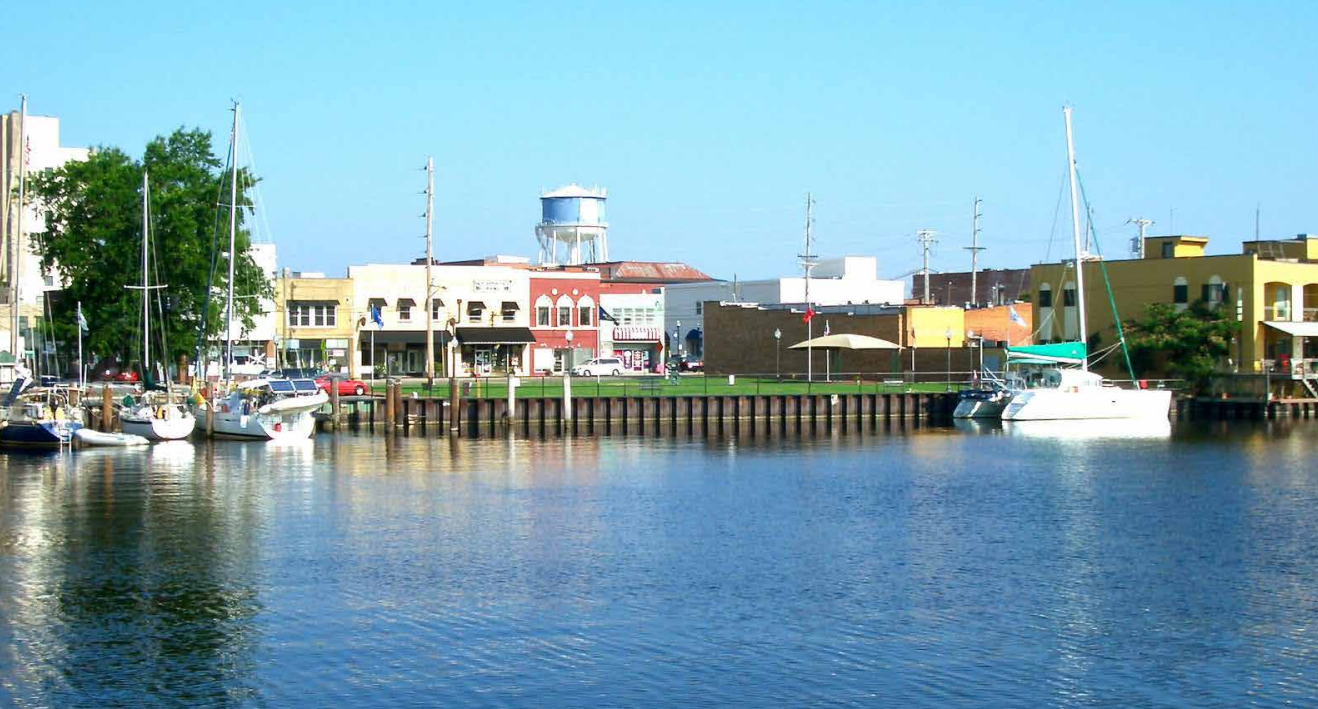 The towns of Elizabeth City, Hertford, Plymouth, Bertie County and Hertford County have been awarded grants funded by the American Rescue Plan, signed into law last year by President Joe Biden, that will assist in ongoing revitalization efforts.

A total of $19.76 million will be issued in this second round of grantmaking from the fund, which helps local governments overcome challenges that limit their economic competitiveness.

The North Carolina Department of Commerce and its Rural Economic Development Division administers the fund.

“More support for North Carolina’s rural communities is on the way with these transformative grants, made possible by President Biden’s American Rescue Plan,” Cooper said. “These funds, backed up by the expertise of our rural development team at the Department of Commerce, will bring more economic opportunity to people across the state.”

“Extensive preparation and planning are the key ingredients for economic development success,” said North Carolina Commerce Secretary Machelle Baker Sanders. “I’m pleased to see this second round of grants go out to help our rural communities reach the next level of growth.”

Elizabeth City was awarded a $641,000 grant will support the Water Street Transformation Project to make transformative streetscape and park improvements to Water Street, with the anticipated outcome elevating Elizabeth City as one of North Carolina’s premier coastal destinations.

According to an update published Friday from City Manager Montre Freeman, the “project elements will address longstanding deficiencies in
the walkability and appeal of the Water Street corridor, as well as enhancing Mariners’ Wharf Park to accommodate larger events. Another major benefit of the WSTP is its synergy with numerous other downtown investments and initiatives, including a Water Street ‘Road Diet’ by the N.C. Department of Transportation to improve pedestrian safety, crosswalk enhancements by ECDI, the Harbor Town Ferry Project and Music Friendly Communities.”

The Town of Hertford’s $725,000 grant will support improvements to the area adjacent to the Town Docks and near the Town Hall, and the sidewalks linking this area to the Downtown. These improvements are a high priority in order to prepare for the commencement of a passenger ferry service between Elizabeth City, Hertford, Edenton, Plymouth and Manteo.

A $725,000 grant will support the Town of Plymouth to widen and improve one block of the streetscape on Water Street from Washington Street to Jefferson Street. These improvements will prepare Plymouth for increased traffic as a result of the passenger ferry.

Bertie County received a $200,000 grant will support Phase II of the creation of an Asset Development Master Plan for use by Bertie’s municipalities, communities, and businesses. The anticipated outcome will be a Master Plan that will provide a roadmap for the entire county, the educational process of developing the vision for downtown revitalization, and the technical assistance action plan for implementation.

Hertford County was awarded a $725,000 grant to support the acquisition of parcels of land that connect the Chowan River with the county Government Complex in north of Winfall. The acquisition would allow for all-inclusive recreation and central social gathering area. Access Chowan is a beginning phase of the Hertford County Center; a mixed use development with access to the Chowan River and residential neighborhoods. Another $49,999 grant will support development of the Access Chowan plan.

“Following the best practices that we know work well, these economic development grants will bring new vitality to many rural communities,” said Kenny Flowers, the Commerce Department’s Assistant Secretary for Rural Economic Development. “I look forward to working with these communities as we work to transform the economy in rural North Carolina.”

Descriptions of the projects being awarded today are available at the Commerce website.

A third window for grant applications is expected to open in the spring of 2023. More information about the Rural Transformation Grant Fund is available at nccommerce.com/transform.