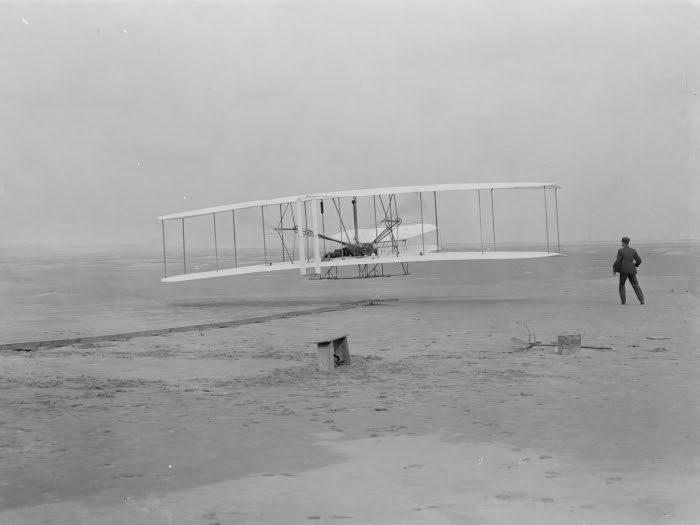 Celebration of the 119th anniversary of the Wright Brothers historic first flight at Big Kill Devil Hill will take place this Saturday.

In addition to commanding the 99th Fighter Squadron and 332nd Fighter Group in World War II, Davis also commanded the 51st Fighter-Interceptor Wing in 1953 during the Korean War. On Dec. 9, 1998, Davis was advanced to the rank of general in the U.S. Air Force.

This honor is selected annually by a high-level panel appointed by the First Flight Society, from among numerous nominations submitted from around the world as well as compiled lists of qualified candidates.

Immediately following the speeches, a special portrait of Davis will be unveiled. The portrait will be available to view in the park’s visitor center until next year’s anniversary event.

A wreath laying ceremony by descendants of the witnesses of the first flight is scheduled to occur after the unveiling of the Davis portrait.

A flyover by aircraft from the U.S. Air Force and others will begin at 10:35 a.m., weather permitting, the exact moment on December 17 the first flight took place. The Candy Bomber plane will not be participating, due to pilot illness.

Outer Banks Forever plans to livestream the entire event for those who cannot make it to the park on Dec. 17.

Ranger-led educational programs are scheduled for 1 p.m. and 3 p.m. Visitors are invited to participate in the park’s free Junior Ranger program. The park will remain open until 5 p.m.

The First Flight Society will hold a celebration luncheon and annual meeting at the Hilton Garden Inn in Kitty Hawk beginning at 12 p.m., and will also recognize the 2020, 2021 and 2022 classes of honorary members. 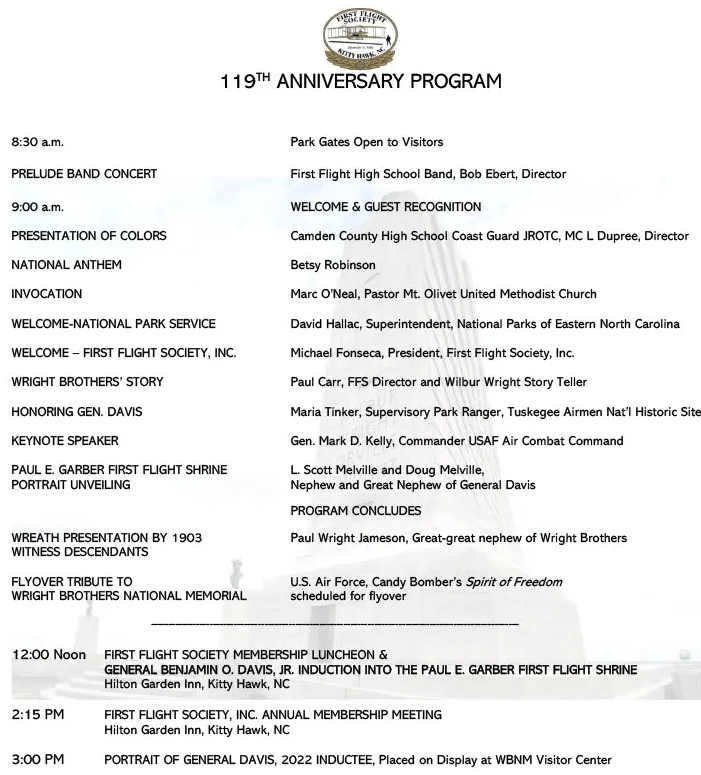