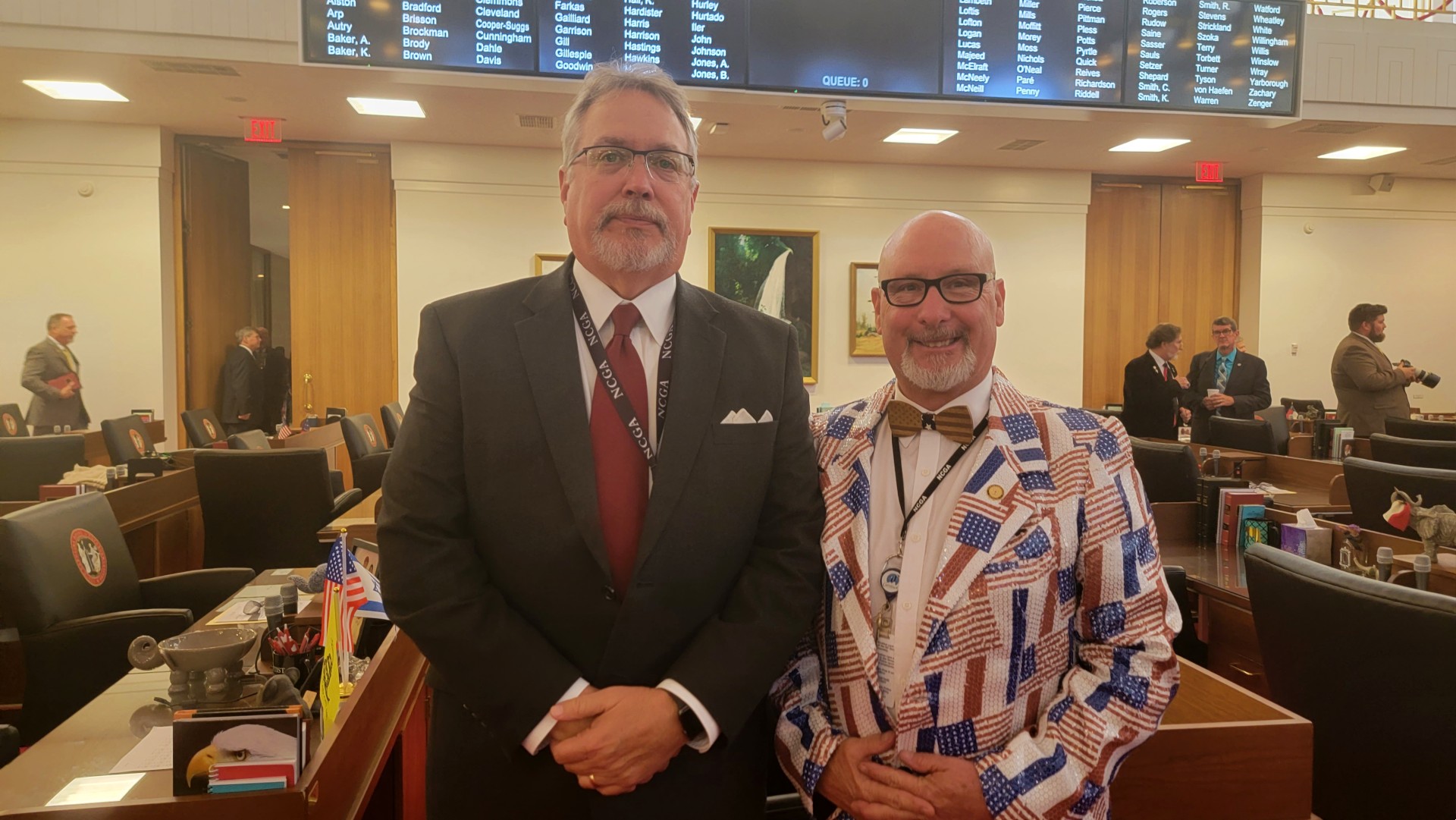 If only for a few months, Currituck has two in General Assembly for first time in 91 years

The last time there were multiple members of the North Carolina General Assembly from Currituck County was 1931.

That long streak was broken this fall when Rep. Paul O’Neal of Waterlily was sworn-in as a member of the state House, succeeding now-Senator Bobby Hanig of Powells Point who moved across the Legislative Building in September.

On Tuesday, the N.C. House of Representatives met in full for the final time this year. O’Neal was seated in chair 66 on the floor of the House, which was previously occupied by Hanig.

The first Republicans to represent Currituck in Raleigh, both previously served as chairman of the Currituck County Board of Commissioners.

“It’s been an honor to be allowed to spend the last 3 1/2 months as a legislator,” O’Neal following the two-hour-long session. The only vote he took was to adjourn the day’s business, which followed speeches by members leaving the House at the end of the year.

“I was able to help several constituents with some issues,” said O’Neal, noting that it had been a productive time serving in Raleigh, even if he didn’t even decorate his office.

O’Neal was the lone nominee to fill the seat representing Currituck, Dare, Hyde and Pamlico counties, until the end of the year after Hanig was appointed to replace Sen. Bob Steinburg (R-Chowan) in the Senate.

That nomination came at the same time he was running for a seat on the Currituck County Board of Education. He suspended his campaign in August, but was still on the ballot and finished second.

After nearly two-terms in the House, including being elevated to Deputy Majority Whip, a key leadership position, Haning will begin his first full term in the Senate next month.

Steinburg, who lost in the Republican primary to Sen. Norm Sanderson of Pamlico County in the redrawn First District, stepped down so he can be eligible to be a registered lobbyist when the 2023-24 session begins at the N.C. General Assembly in January.

Unopposed in the May primary for the Republican nomination to the Third District Senate seat, Hanig defeated Valerie Jordan, a Democrat from Warren County, in the November general election.

The northeast corner of the state was split into three House districts ahead of the 2022 elections, and with the appointment of O’Neal coming well after the filing deadline he was not eligible to continue to serve in Raleigh.

The appointment to the General Assembly caps a lengthy career in public service for O’Neal, who served as a Currituck County Commissioner for two decades, just completed a term of 21 years on the College of the Albemarle Board of Trustees and spent the last six years as a board member for the Currituck Chamber of Commerce.

He is still a member of the Board of Directors at the Coastal Studies Institute in Skyco.

Asked about his future plans in the political arena, including a possible attempt to return to Jones Street in downtown Raleigh, O’Neal said he would “think about it, pray about it. I don’t quite know yet.”