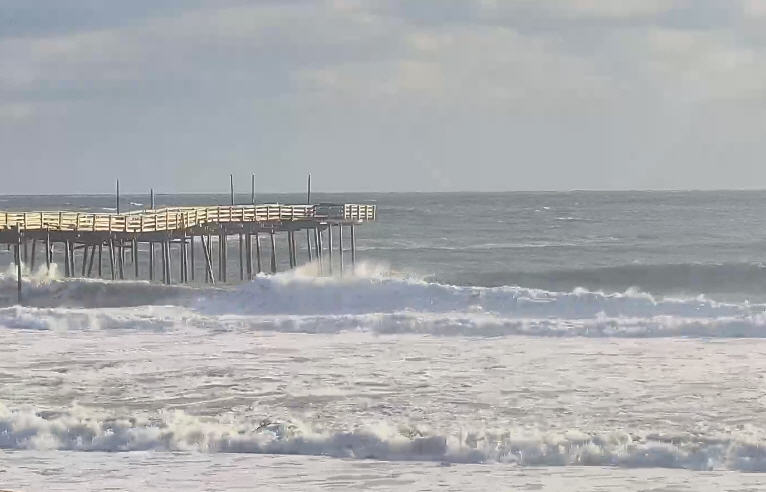 Surf height of around 6 to 10 feet is expected today with the largest surf of 8-12 feet expected on Tuesday, before gradually subsiding Tuesday night into Wednesday.

The main impacts will likely be seen from Oregon Inlet to Cape Hatteras through Tuesday but could extend to the Northern Outer Banks and Ocracoke Island.

As of 8:30 a.m. Monday, N.C. Highway 12 was clear and passable. Minor ocean overwash was reported in northern Rodanthe in the Mirlo Beach area, which the Jug Handle Bridge now bypasses.

Travel to-and-from Carova Beach and Swan Beach along the four-wheel drive beaches north of Corolla has also been difficult at times around high tide.

The beach in Nags Head is closed to driving due to high surf, the town announced Monday afternoon. If driving conditions are safe, the Nags Head beaches will reopen to driving on Wednesday.

The High Surf Advisory has been extended until 7 a.m. Wednesday for the beaches from Duck to Ocracoke.

Currituck County provides beach safety and emergency updates for Corolla and the mainland via Currituck Alert.