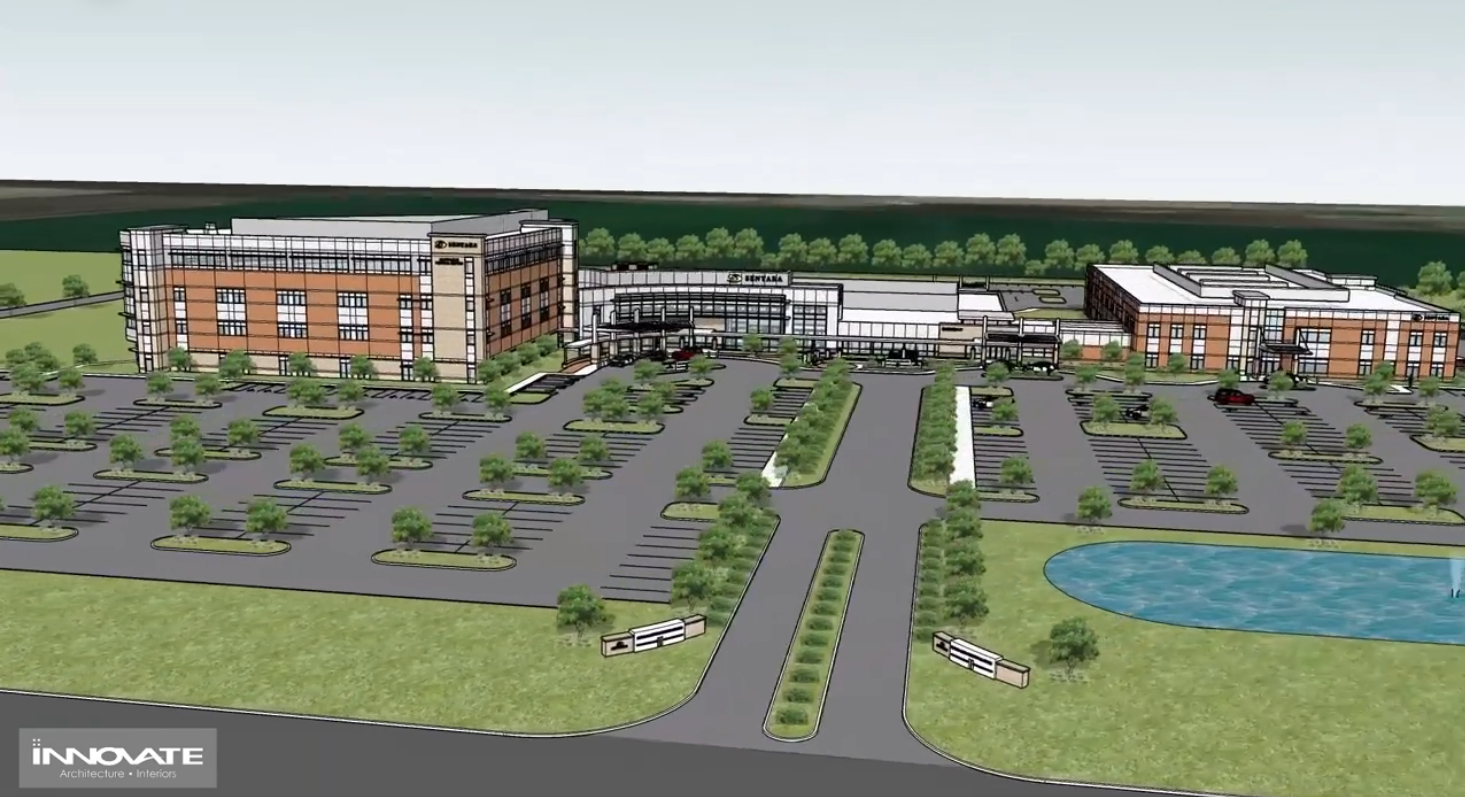 Sentara Albemarle Medical Center has released an artist’s rendering and animated fly-through of the brand new campus in the Tanglewood section of Elizabeth City.

A 60,000 square foot medical office building and Sentara Cancer Care Center are nearing completion and are expected to begin opening in early 2023.

Groundbreaking took place in August for the new Sentara Albemarle Medical Center, a state-of-the-art 88-bed hospital that will replace the current 60-year-old facility on North Road Street, and is scheduled to open in late 2024 or early 2025.

Designed by Innovate Architecture of Norfolk, the 135-acre campus at the corner of Halstead Boulevard Extended and Thunder Road is projected to cost about $200 million.

Sentara took over operations in March 2014 after winning a public bidding process. As part of the lease settlement, Sentara has placed $38M in an escrow account until the new hospital is open and operating.

After the move to the new hospital and completion of the lease settlement, Pasquotank County will retain ownership of the current hospital site and will consider redevelopment options along the Road Street Corridor.