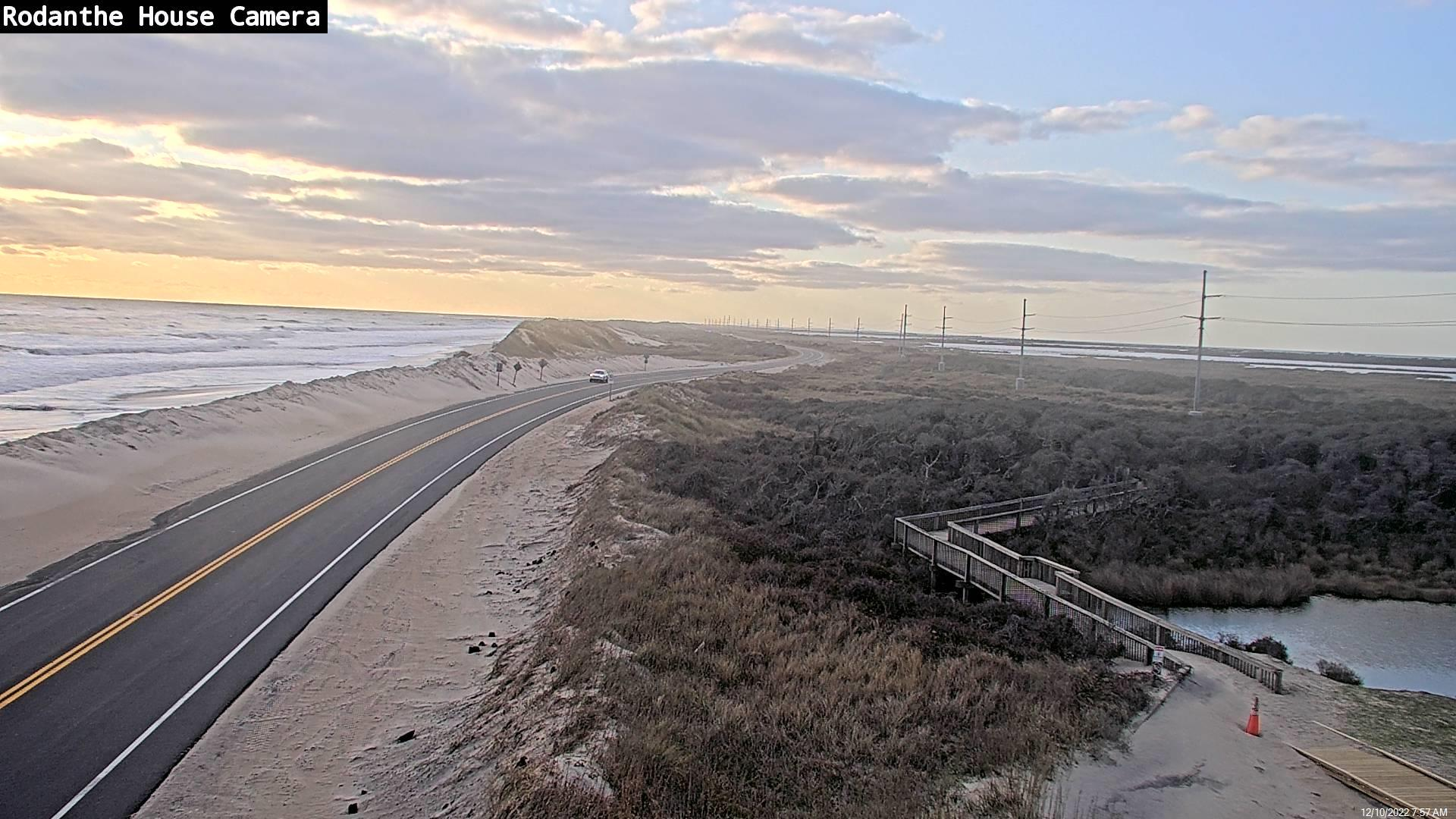 Rough surf, some ocean overwash possible at high tide along Outer Banks into early next week

A low pressure system far out to sea is expected to create rough surf, possible minor ocean overwash and beach erosion along parts of the Outer Banks into early next week.

The National Weather Service has issued a High Surf Advisory that is in effect through Tuesday morning from Duck to Ocracoke Inlet.

The worst conditions are expected between Oregon Inlet and Cape Hatteras, but the overwash could extend up to parts of the northern beaches and down to Ocracoke Island.

Forecasters at the Newport/Morehead City weather office said significant wave run-up will result in beach erosion and minor ocean overwash, which could lead to damage to dune structures.

12/10/22 @ 730 am – Cool with a mix of sun and clouds today. Brief light rain possible across the northern coastal plain this morning. Large swells from strong low pressure over the North Atlantic will bring dangerous surf conditions across the OBX into next week. pic.twitter.com/CTmQs03poR

Erik Heden, Warning Coordinator Meteorologist for the Newport/Morehead City weather office, noted that the event is happening during a lower lunar tide cycle. That should help prevent a major overwash issue from occurring.

The primary areas of concern along N.C. 12 will be in the Canal Zone just south of Oregon Inlet, at the Pea Island Visitor Center, the Sandy Bay/Isabel Inlet area between Frisco and Hatteras villages, and on the north end of Ocracoke Island.

With the opening of the Jug Handle Bridge, S-Turns and Mirlo Beach are no longer a concern for travelers along N.C. 12, but oceanfront structures in Northern Rodanthe could be damaged and several houses are still in danger of collapsing.

Beach nourishment earlier this year off Avon and Buxton should prevent any issues along their oceanfronts.

While the ocean will be angry, the weather will be typical for early December along the Outer Banks and in northeastern North Carolina.

Sunny skies are forecast for Saturday, with a chance of rain on Sunday, and then partly sunny skies return Monday. High temperatures will be in the low to mid 50s, with over night lows in the mid 40s. Expect breezy conditions, with northerly winds of 15 to 25 mph.