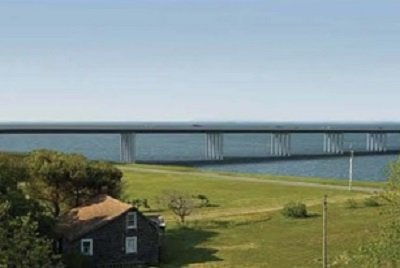 A federal appeals court heard oral arguments Friday morning on a lawsuit seeking to block a long-planned toll bridge over the Currituck Sound that would run between the mainland and Corolla.

Following the oral arguments in No Mid-Currituck Bridge v. North Carolina, the Fourth Circuit Court of Appeals in Richmond will issue a written decision which could take several months to be finalized and released.

9:50 a.m.
Today’s session has been adjourned. We will have a summary of today’s arguments, including full audio clips, posted later.

9:38 a.m.
SELC’s Kym Hunter is now presenting her rebuttal of the government’s attorneys.

9:35 a.m.
Colin Justice is representing the N.C. Department of Transportation, and is explaining to the judges some of the process used by the state to determine construction of the bridge is necessary.

9:20 a.m.
Summer Engles, who leads the defendant’s legal team, is now addressing the court and answering the panel’s questions.

9:10 a.m.
Hunter is answering questions from the panel regarding several points the lawsuit makes, mainly the plaintiffs challenge that the federal government and NCDOT did not provide to the public updated information on the potential environmental impact of the bridge.

Kym Hunter with the Southern Environmental Law Center is leading the team representing the plaintiffs.

8:40 a.m.
The court is currently hearing the first case on the docket, US v. Cassit Jones. Check back here for updates on when No Mid-Currituck Bridge v. North Carolina begins.

Judge Louise Wood Flanagan of the U.S. District Court for the Eastern District of North Carolina issued a 50-page ruling in December 2021, affirming the North Carolina Department of Transportation and Federal Highway Administration had complied with all federal and state environmental regulations in its plans to construct the bridge.

The towns of Southern Shores and Duck, Currituck County, Dare County Tourism Board, Duck Community and Business Alliance and the Currituck Chamber of Commerce filed an Amicus Curiae (friend of the court) Brief in June.

In addition to the appellees, the effort to get the bridge built have been formally supported by strong resolutions in support passed by local governments and business organizations, including Dare County, Chowan County, Perquimans County, Camden County, Pasquotank County, Town of Kills Devil Hills, Town of Nags Head, Town of Kitty Hawk, the Albemarle Rural Planning Organization, the Outer Banks Association of Realtors, and the Outer Banks Homebuilders Association.

“The Mid-Currituck Bridge is vital to improving the quality of life for our residents and visitors”, Southern Shores Mayor Elizabeth Morey said when the brief was filed this summer. “We feel as though this Amicus Brief will help strengthen and further acknowledge the efforts of the Town to finally see the bridge built.”

State Rep. Bobby Hanig (R-Currituck) told Currituck commissioners in January that construction will start in 2023, adding that the state’s Turnpike Authority is once again moving forward with property acquisition and other actions needed before construction can start.