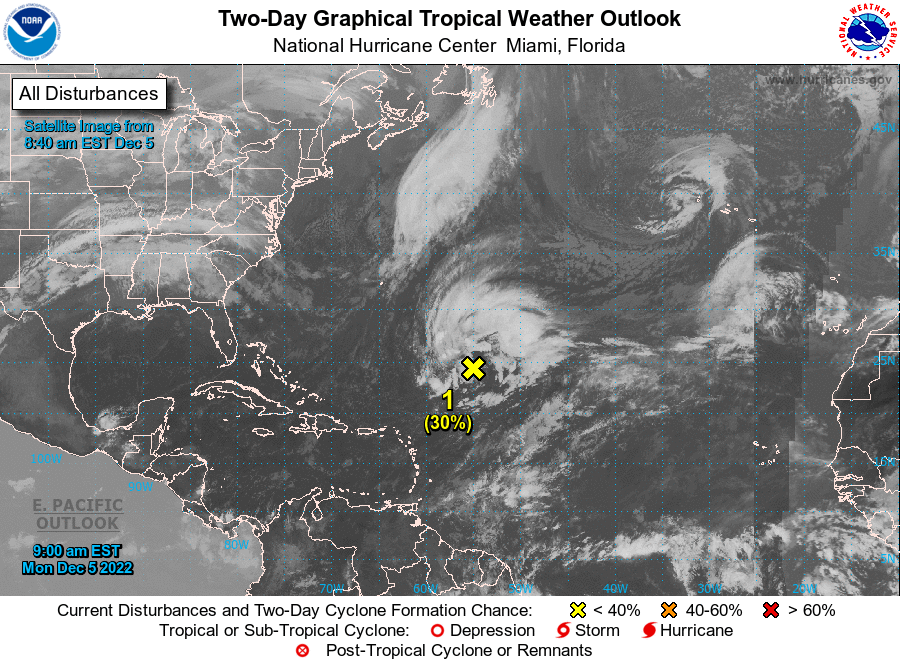 Not so fast my friend! Post-season tropical storm could possibly form in open Atlantic

While the 2022 Atlantic hurricane season came to an end last Thursday, the tropics appear to be ignoring the calendar.

The National Hurricane Center has issued a Special Tropical Weather Advisory, due to a large area of low pressure located over the central subtropical Atlantic about 750 miles northeast of the northern Leeward Islands that is producing disorganized showers and thunderstorms.

“Environmental conditions appear conducive for this system to acquire some subtropical characteristics while it drifts northeastward during the next few days,” NOAA forecasters said Monday morning.

The chances of the system becoming a tropical cyclone in the next 48 hours is low, 30 percent, while the chances it happens before the end of the week was medium, 40 percent. 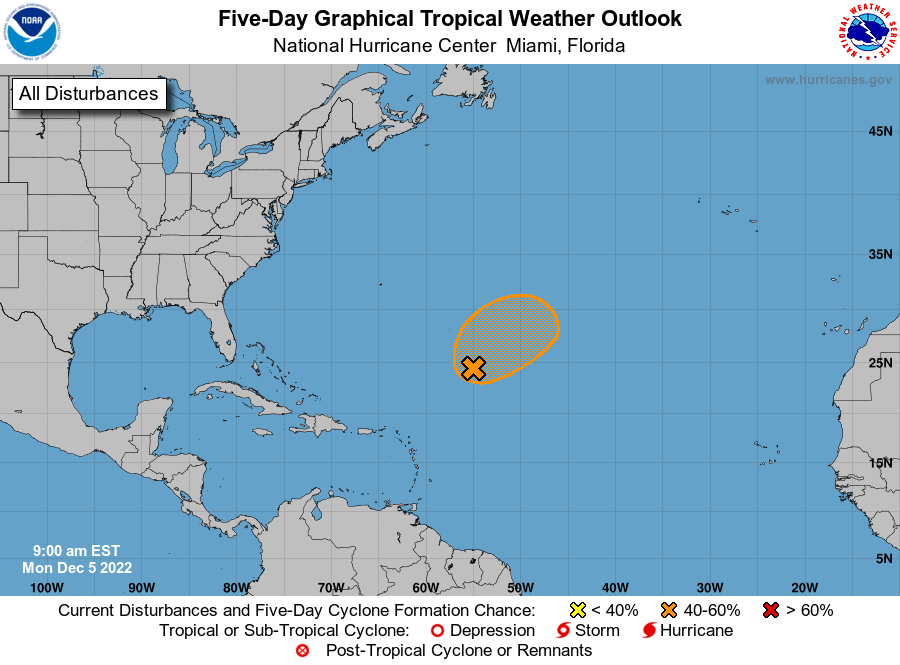 If the low were to become a depression, it would be the 15th tropical cyclone of the year. If it were to reach at least tropical or subtropical storm status, the next name on the list is Owen.

No matter what it becomes, current forecasts keep it way out in the open Atlantic with no threat to land.

And by Thursday night or Friday, the low is expected to move over cooler waters, ending its chances of becoming a subtropical cyclone.