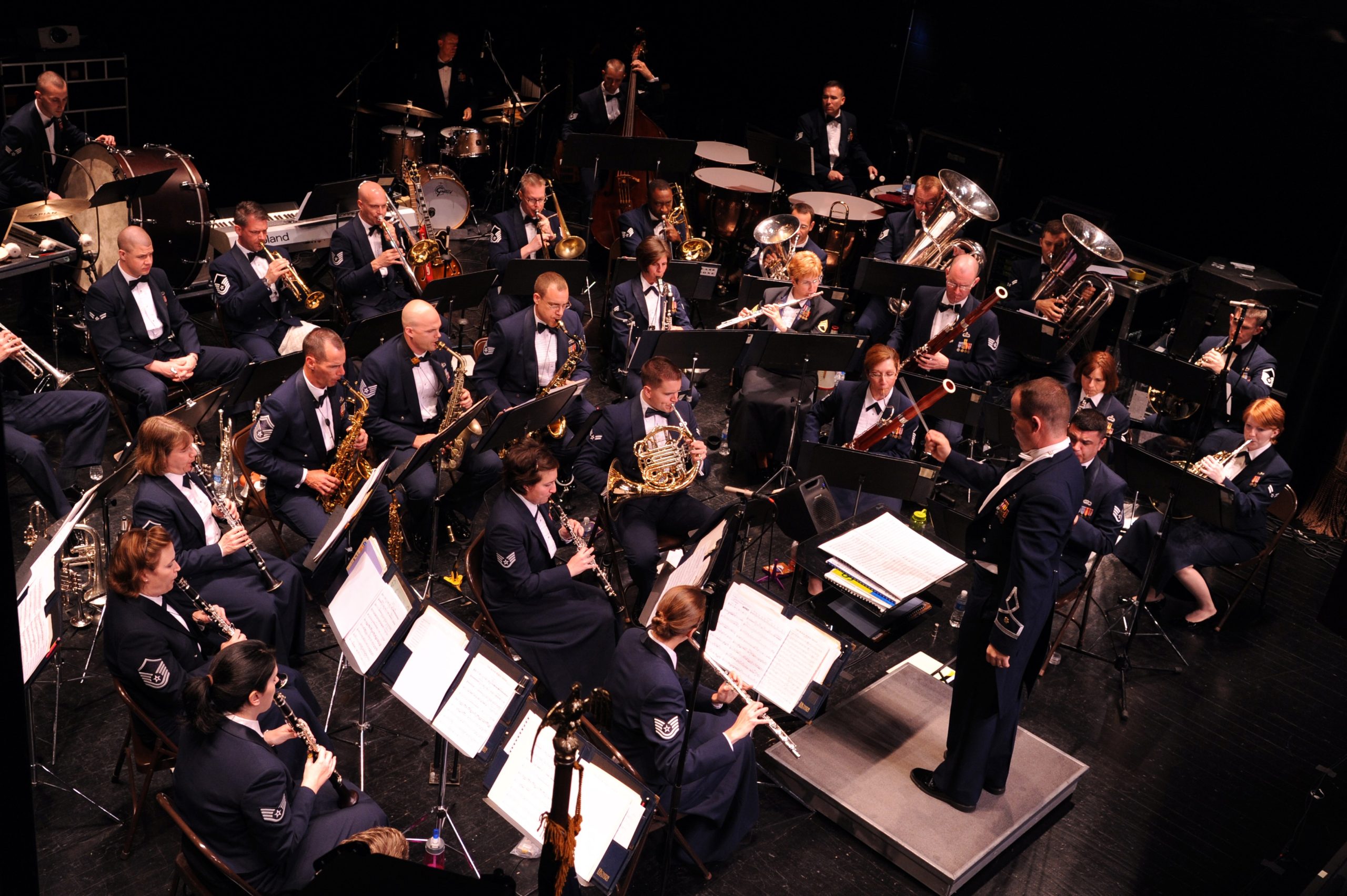 UPDATED, Dec. 1: Due to the community’s incredible interest and support, all available tickets have been requested and are no longer available for this event.

Tickets may be available on the evening of the concert for those who wish to “stand by” should ticket holders not attend. We will fill all available seats for this performance.

The performance will also be live-streamed via the COA Performing Arts Facebook page at www.facebook.com/coastplayers.

For those attending the concert, several of your favorite holiday characters will be available in the lobby of the COA Performing Arts Center to greet you as you arrive and for photo opportunities.

Earlier story
College of The Albemarle is pleased to announce the United States Air Force Heritage of America Band will provide a free concert, “Holiday Traditions,” at COA – Elizabeth City on December 10, 2022.

The concert will be held in the Performing Arts Center beginning at 7:00 p.m. The concert is free and open to the public; however, tickets are required.

For six decades, the USAF Heritage of America Concert Band has educated, inspired and entertained over 1.5 million people annually by providing music for events that support Airmen and their families, honor our Nation’s veterans and build relationships of trust between the American people and their Air Force.

The Concert Band is comprised of over 40 professional Airman-musicians who captivate audiences on regular tours throughout the East Coast with a variety of renditions of great orchestral classics, marches, Broadway hits, jazz standards, movie music and patriotic favorites.

Activated in 1941, the United States Air Force Heritage of America Band has a rich history of inspiring public patriotism and enhancing esprit de corps among all the US military service branches.

These world-class airman-musicians are stationed at Joint Base Langley-Eustis in Hampton, Virginia.

They travel throughout the Carolinas, Mid-Atlantic and Northeast regions, presenting over 300 events annually for the general public and in support of Airman morale and protocol events.

Under the leadership of Captain Christina Muncey, the USAF Heritage of America Band remains at the forefront of communicating Air Force core values and preserving and enriching America’s military and musical heritage into the 21st century.

Reserve your free seat for this wonderful holiday concert by visiting http://bit.ly/3fZtnUo.