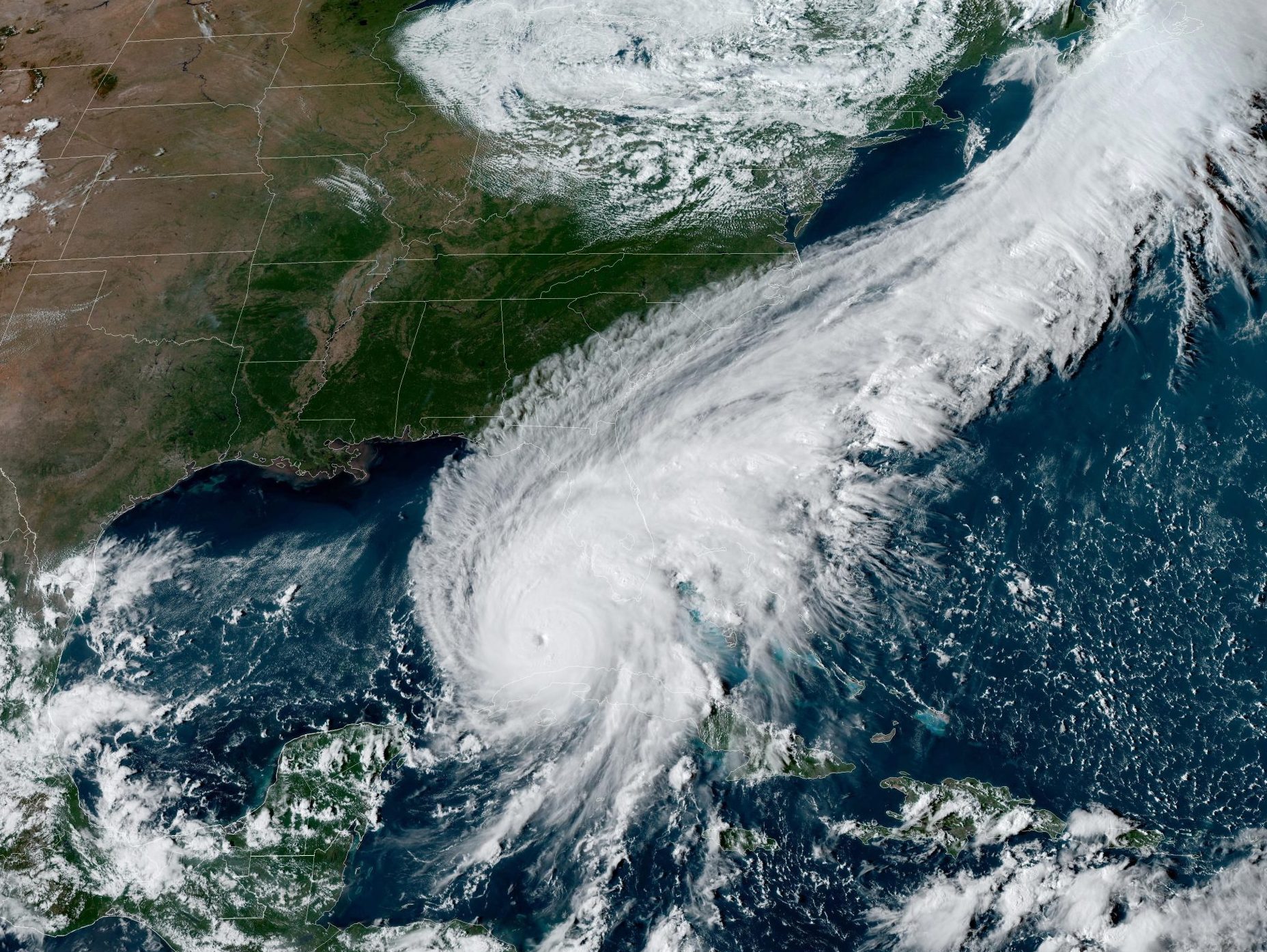 While the 2022 Atlantic hurricane season will be remembered for the devastation in Florida and Puerto Rico, the Outer Banks and northeastern North Carolina were spared any major issues from what turned out to be an average year for tropical cyclone activity.

It was the sixth costliest Atlantic hurricane season on record, with initial damage estimates of at least $53.52 billion. The 2022 season saw three hurricane landfalls along the coast of the U.S. mainland. Hurricane Ian made landfall first as a Category 4 storm in Cayo Costa, Florida, and again as a Category 1 in Georgetown, South Carolina.

As a Category 4 with 150 mph maximum sustained winds, Hurricane Ian tied for the fifth-strongest hurricane ever to make landfall in the U.S. Hurricane Nicole made landfall as a Category 1 in north Hutchinson Island, Florida.

Hurricane Fiona made landfall outside of the mainland U.S. as a Category 1 near Punta Tocon, Puerto Rico.

Locally, Tropical Storm Colin formed off the South Carolina coast on July 1, and led to a Tropical Storm Warning being issued for eastern N.C. in the early morning hours of July 2. Colin lost its tropical characteristics quickly after landfall, and its remnants sprinted over eastern North Carolina on July 3.

Hurricanes Earl and Fiona passed well offshore in September, and created large surf and dangerous rip currents along the beaches of the Outer Banks.

The combination of a stalled front off the North Carolina coast, strong high pressure to the north, and Hurricane Ian passing to the south and west on Sept. 30 and Oct. 1 led to a prolonged period of wind, rain, and elevated water levels in northeastern North Carolina and along the Outer Banks.

Hatteras and Ocracoke islands experienced overwash and some rain flooding was reported in numerous locations, and a number of events were postponed or cancelled and some schools released students early or were closed altogether as a precaution.

“I commend NOAA’s dedicated scientists, hurricane hunter pilots and forecasters who worked diligently to help American communities become hurricane resilient and Climate-Ready for the impacts of this hurricane season and the years to come,” said Secretary of Commerce Gina Raimondo.

This year’s first named system, Tropical Storm Alex, developed five days after the start of the season, the first time since 2014 there was no named cyclones prior to June 1.

This unique season was defined by a rare mid-season pause in storms that scientists preliminarily believe was caused by increased wind shear and suppressed atmospheric moisture high over the Atlantic Ocean.

After a quiet period in August, activity ramped up in September with seven named storms, including the two major hurricanes — Fiona and Ian — seen this season. The season also included a rare late-season storm with Hurricane Nicole making landfall on November 10 along the east coast of Florida.

Additionally, NOAA’s intensity forecasts showed Hurricane Ian as a major hurricane impacting the coast of Florida from the initial advisory on September 23 through landfall five days later. This advanced lead time gave those in threatened areas more time to prepare and respond.

“The 2022 seasonal activity fell within NOAA’s predicted ranges for named storms and hurricanes in both our pre-season outlook and updated outlook,” said Matthew Rosencrans, lead hurricane forecaster at NOAA’s Climate Prediction Center. “La Niña conditions remained robust throughout the season while the West African Monsoon was only slightly above normal, which both largely aligned with conditions anticipated by the team at NOAA.”

This season, NOAA Hurricane Hunter aircraft flew over 582 mission hours to collect atmospheric data that is critical to hurricane forecasting and research, passing through the eye of a hurricane 65 times and deploying over 1,700 scientific instruments.

Another major first included the successful launch of the Altius 600 small uncrewed aircraft system by scientists from NOAA’s Atlantic Oceanographic and Meteorological Lab. Scientists launched the instrument from NOAA’s P-3 Hurricane Hunter into the core of Hurricane Ian hours before landfall, transmitting back data of wind speeds as high as 216 mph at an altitude of 2,150 feet.

Forecasters and researchers relied on this invaluable data coupled with NOAA’s advanced geostationary and polar-orbiting weather satellites, NOAA’s weather buoys and other sources before, during and after storms throughout this destructive hurricane season.