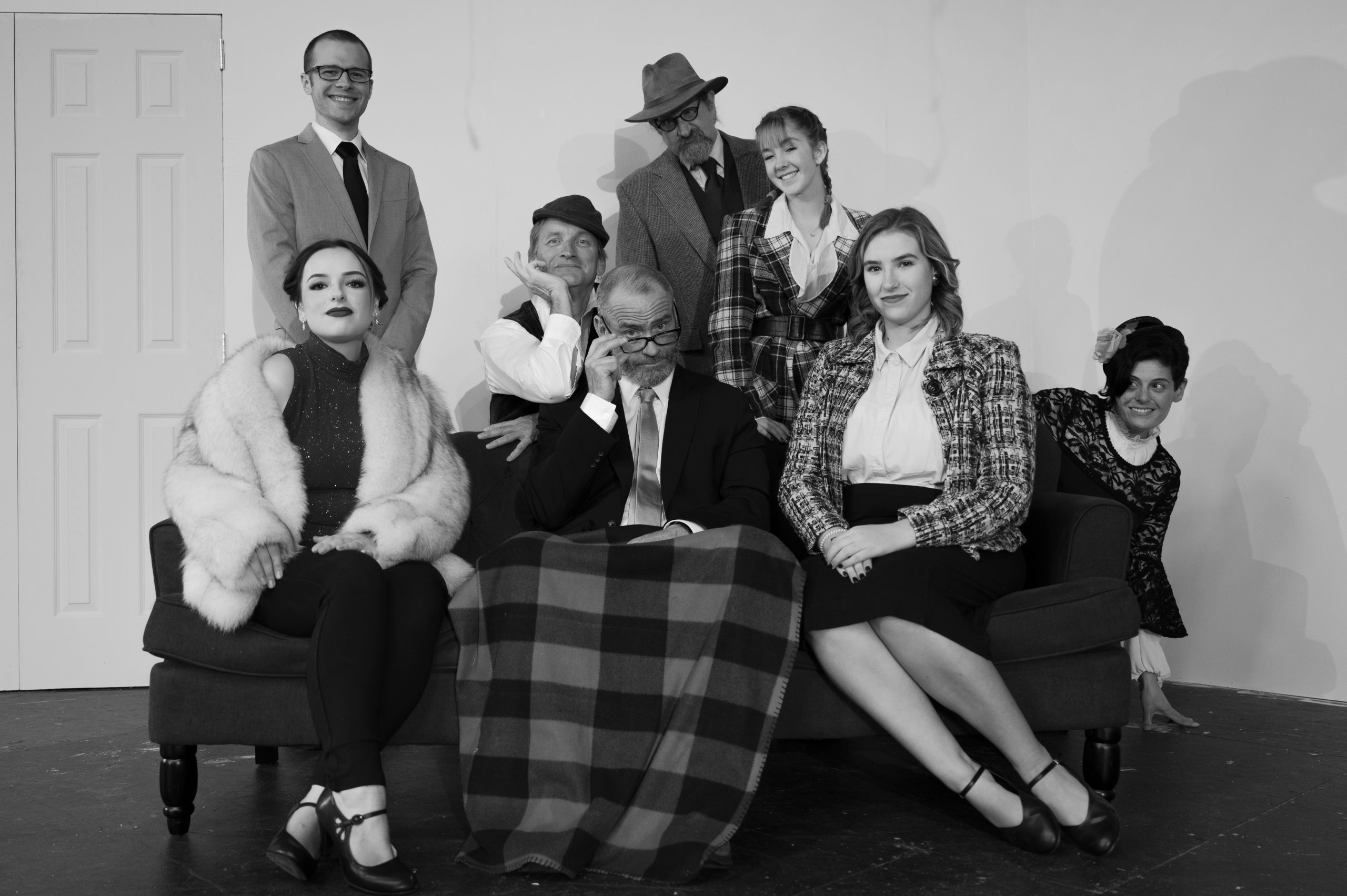 Holiday hilarity with Theatre of Dare’s The Man Who Came to Dinner, A Christmas Story: The Reading

by Submitted
November 26th, 2022
With the Christmas season upon us, Theatre of Dare is preparing to give the Outer Banks the gift of holiday laughter. Twice.

It all begins on Dec. 2, when the classic Christmas comedy The Man Who Came to Dinner opens in Kitty Hawk.

The 1939 play, written by George S. Kaufman and Moss Hart (who also wrote You Can’t Take It With You), involves famous radio personality Sheridan Whiteside (Terry Shappert) who makes a December dinner visit to a family in a small Ohio town. However, Whiteside slips on a patch of ice on his way through the doorway and breaks his hip, confining the belligerent guest to the house for six tumultuous weeks.

“It’s old-timey screwball comedy at its funniest,” says director Leah Cribb. “There’s an outrageous array of over-the-top characters who come in an out of the house at a frenetic pace. Plus cockroaches and penguins!”

The large-cast comedy will play for seven performances, with evening shows at 7:30 on Dec. 2-3 and 8-10 and Sunday matinees at 2 p.m. Dec. 4 and 11. Tickets are now available at www.theatreofdareobx.com. 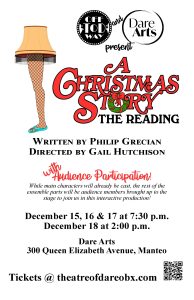 Meanwhile, Theatre of Dare will be gearing up to perform yet another holiday mainstay at Dare Arts in downtown Manteo.

A Christmas Story is the ubiquitous 1983 family-friendly holiday movie classic about a boy named Ralphie’s quest for that elusive Christmas gift: a Red Ryder air rifle.

But in Theatre of Dare’s interactive staged reading version, only six main characters will be cast, with audience members asked to fill in the smaller roles.

“It should be a lot of fun for everyone,” said director Gail Hutchison.

Tickets for A Christmas Story: The Reading will go on sale online on Nov. 28.