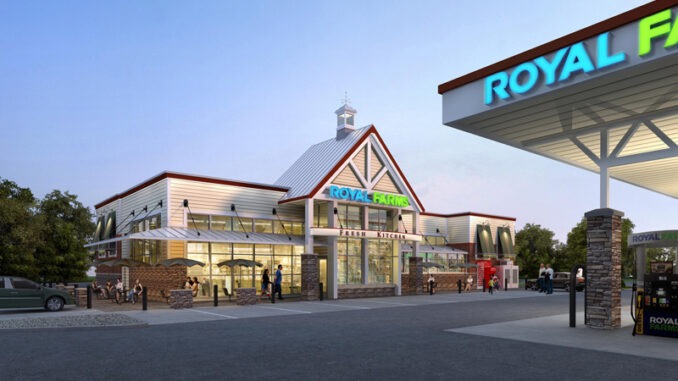 It’s official! The first Royal Farms in North Carolina is scheduled to open in Currituck County early next year.

The Baltimore-based convenience store chain officially confirmed Tuesday it’s first North Carolina location, which has been under construction since July, will be located along U.S. 158 in Grandy.

“We are very excited to pioneer into the First Flight state and expand our offerings into the community,” said Aliyah Atayee, Public Relations at Royal Farms.

“Not only does Royal Farms bring value and more convenient options to neighborhoods, but we are also passionate about giving back to the areas we do business in,” Atayee said.

“We look forward to getting involved in the community and seeing our first responders in uniform get free coffee whenever they stop in. We thank North Carolina for welcoming Royal Farms into this beautiful state,” said Atayee.

Construction is well underway of the 5,300 square foot store with fuel pumps and 67 parking spots at the southeast corner of the intersection of Caratoke Highway and Walnut Island Boulevard.

While the company did not mention Elizabeth City in the press release issued Tuesday, they did announce Royal Farms will be coming to New Bern, Greenville, Lumberton, Kinston, and Jacksonville.

The closest location to the Outer Banks currently is at the corner of Centerville Turnpike and Lynnhaven Parkway in Virginia Beach. Several are also located along U.S. 13 on the Eastern Shore.

Founded in 1959, Royal Farms already has more than 200 stores located in Maryland, Delaware, Virginia and Pennsylvania.

Royal Farms also offers a variety of side dishes such as mac and cheese, western fries and mashed potatoes.

Royal Farms will soon be joined in northeastern North Carolina and on the Outer Banks by another powerhouse of the convenience store industry that’s based in the mid-Atlantic.

Site clearing began earlier this fall at the corner of U.S. 158 and Fourth Street in Kill Devil Hills for what will likely be the first Wawa to open in North Carolina, also as early as next year.

Wawa is also reportedly looking at sites for a location in Moyock, and has submitted plans for a store in Elizabeth City.