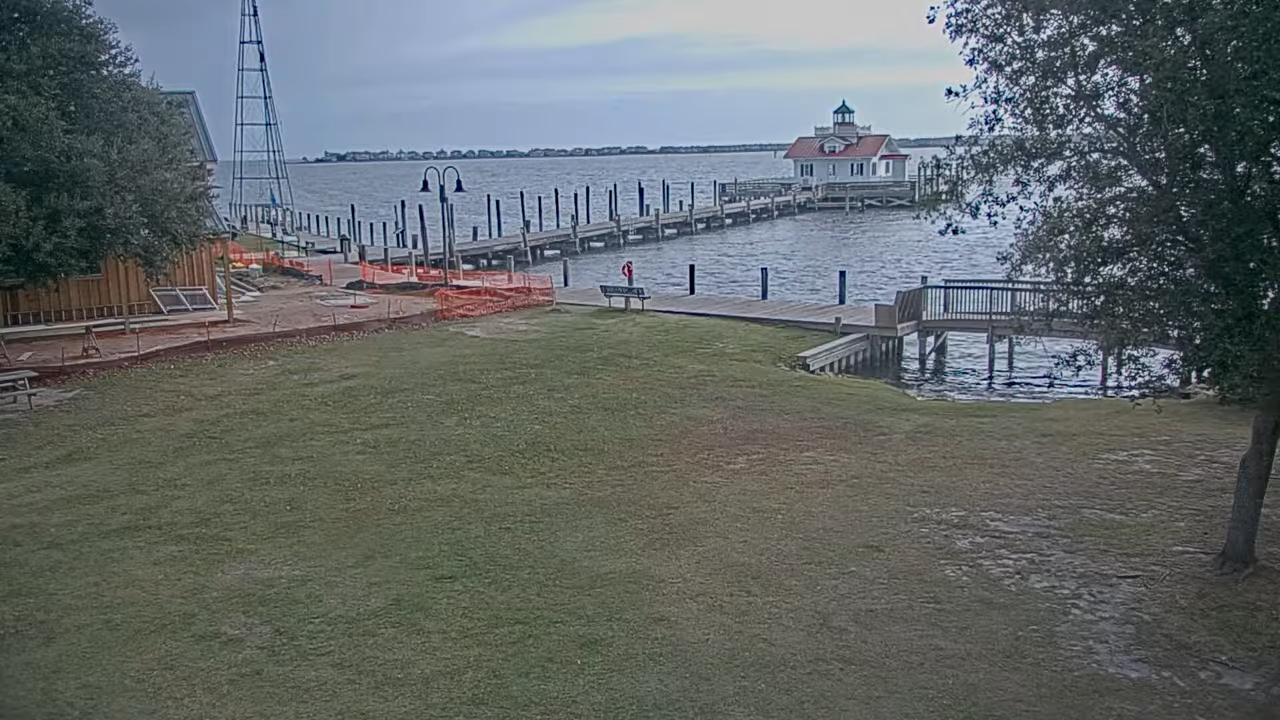 The immediate threat of coastal flooding has abated as the gusty northeast winds have diminished, and remaining coastal flood advisories will expired after this morning’s high tide, which ws around 8:30 a.m. There was no additional flooding reported on N.C. 12 as of 9:00 a.m. on Thursday.

However, coastal flooding is possible along the soundside on Friday, when the impacts from the remnants of Tropical Storm Nicole are expected across eastern North Carolina. 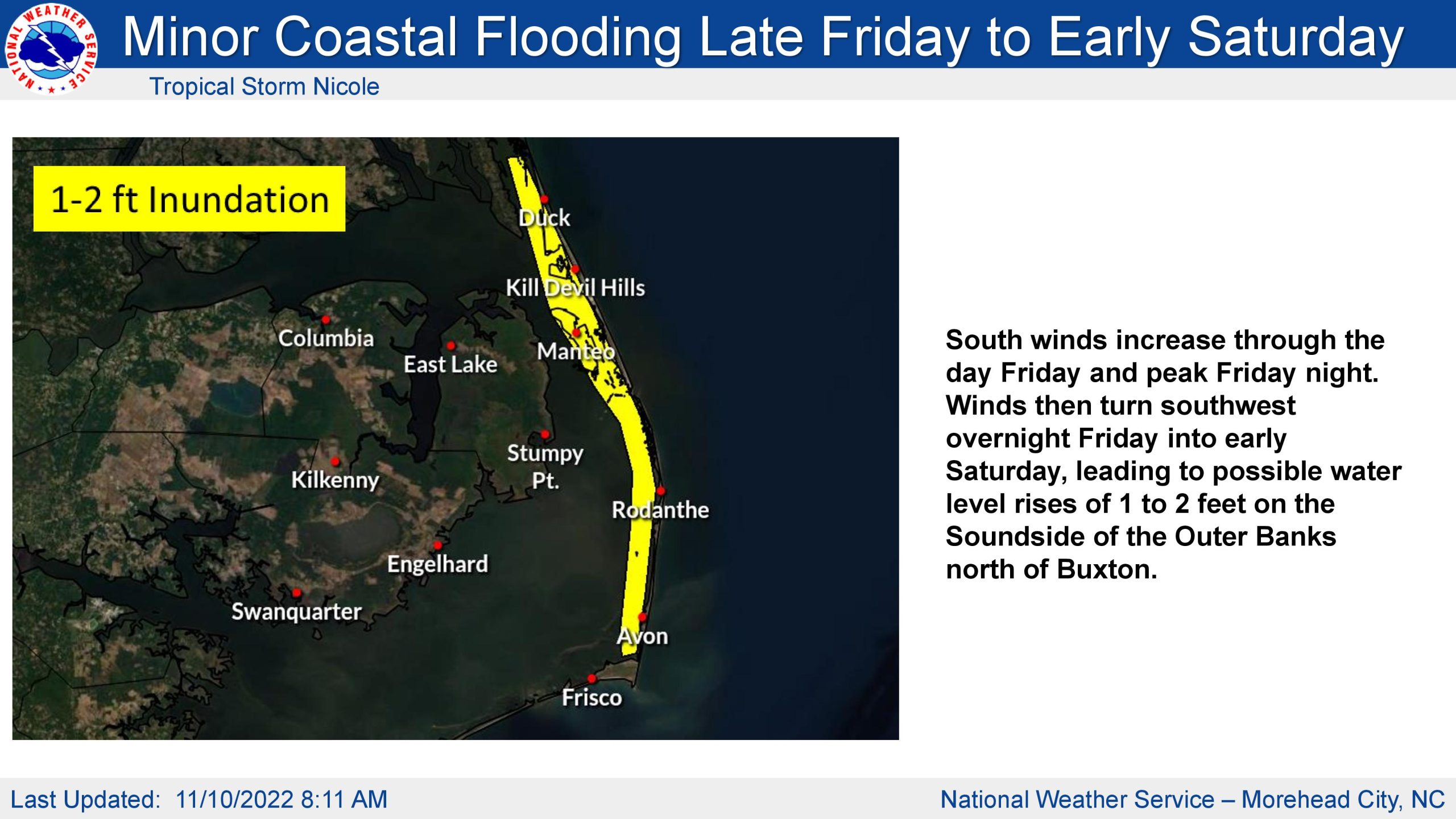 As south winds increase late in the day on Friday and peak Friday night, some minor water level rises are possible on Hatteras Island north of Buxton. Winds turn southwest late Friday night into early Saturday, with the potential for minor inundation continuing Saturday morning, and improved conditions expected by the afternoon.

The main impact from Nicole will be the threat of a few tornadoes and severe wind gusts in thunderstorms, as outer bands from the storm move through the area. 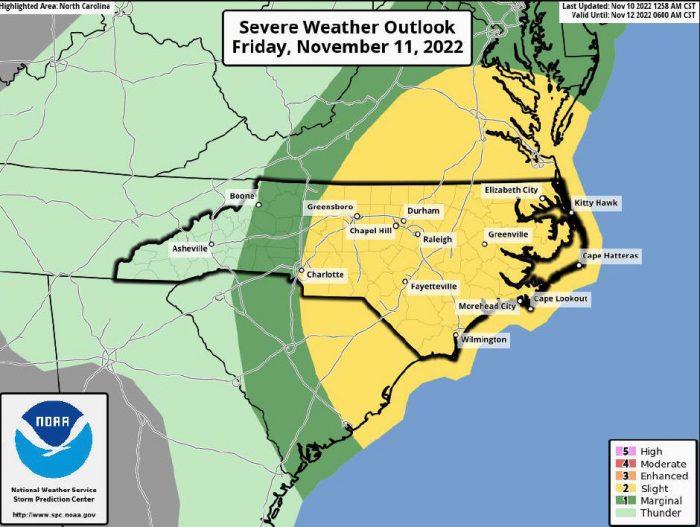 The tornado threat is expected to begin around sunrise, and last through much of the morning into early afternoon. There may be a break in showers and storms later on Friday afternoon, though another round of showers and storms, (again with a tornado and damaging wind risk), could impact Eastern N.C. in the evening. Any severe threat of tornadoes should be over by around midnight.