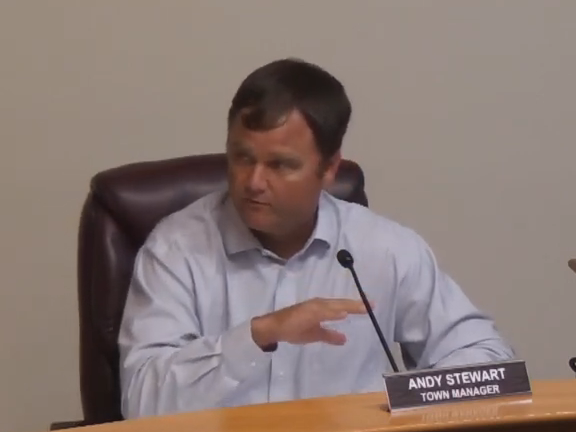 “The Town Council and staff wish Mr. Stewart the best in his future endeavors,” according to a brief statement. No reason was given for his departure.