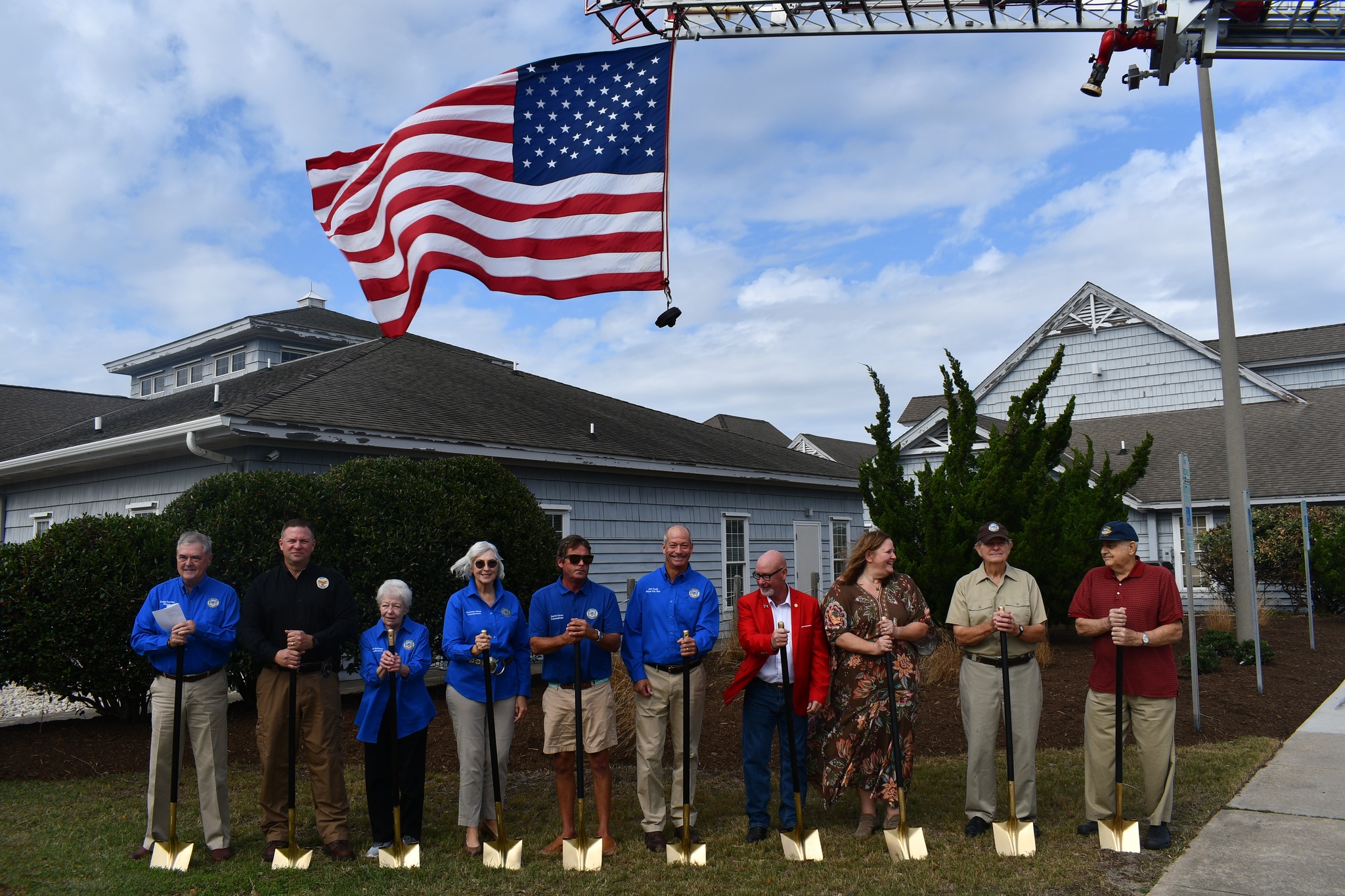 A groundbreaking ceremony was held Friday at the former Sentara Medical building at the U.S. 158/N.C. 12 intersection which will become the new home for the Kitty Hawk Police Department.

The Town of Kitty Hawk closed on the purchase of the facility at 5200 North Croatan Highway in September, which will allow the police department to relocate from the flood-prone headquarters on Kitty Hawk Road that previously served as the town’s post office.

Town Manager Andy Stewart said the old surgery center and portions of the north end of the existing building will be demolished, with a new lobby-style entrance constructed.

“The south end will remain medical use and the town is currently exploring options to reopen the medical portion of the facility,” Stewart said.

“The Town of Kitty Hawk acquired the property for $4,100,000 and lease revenue for the medical use will offset the cost of this purchase,” said Stewart. “The cost of a new police station on four town-owned lots on U.S. 158 was estimated to cost in excess of $9,500,000.”

Work is scheduled to begin by the end of 2022 on the renovations.