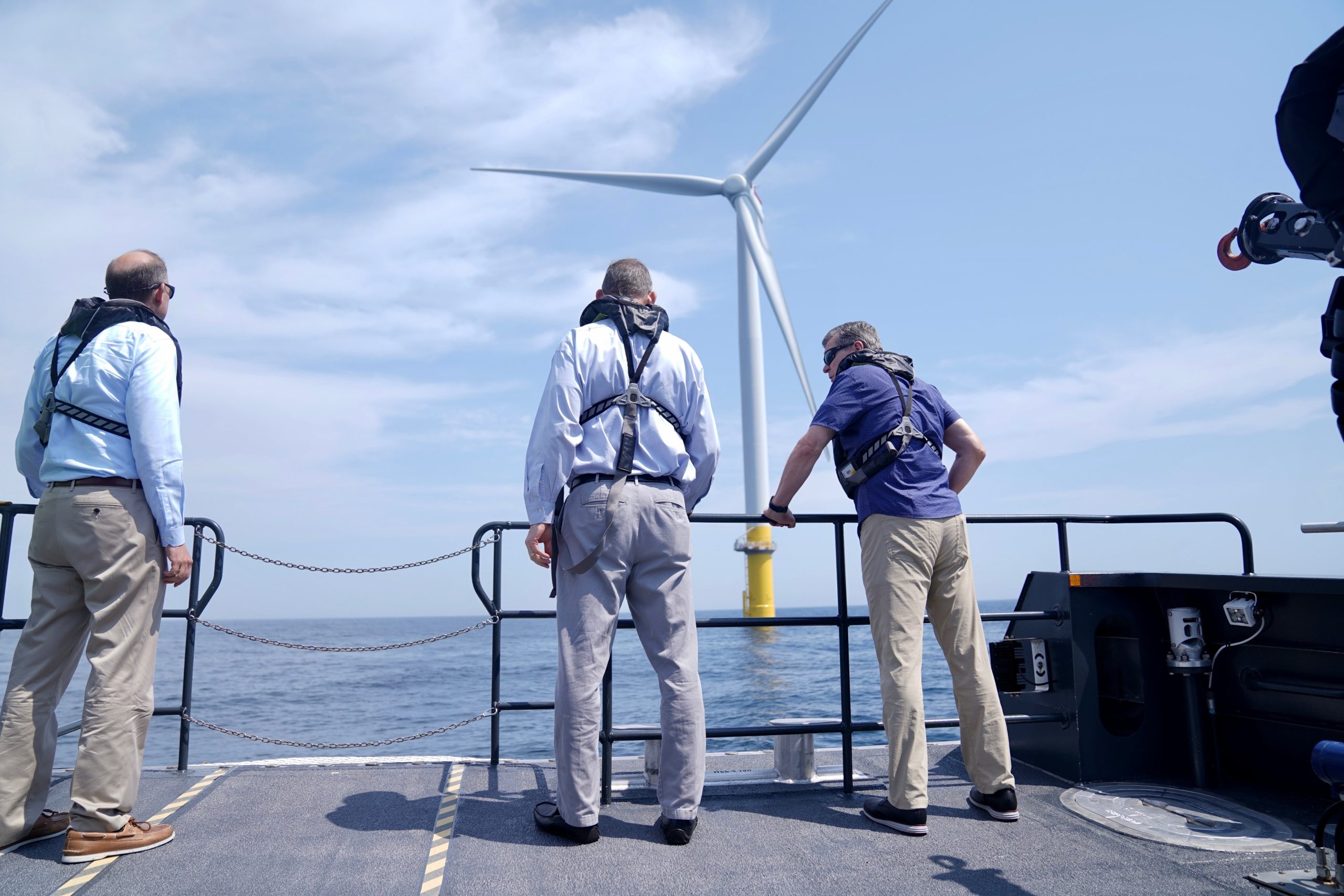 The company planning to build a wind farm just over the horizon off the northern Outer Banks says it will increase it’s proposed production capacity.

And while initial plans have the power lines feed into Virginia from the turbines which will be located no less than 24 miles from Corolla, cables from the second phase of the project could have lines that would connect to the grid in North Carolina.

OffshoreWind.biz reports renewable energy developer Iberdrola, which owns the U.S.-based Avangrid which is developing the project, is currently undergoing federal permitting process that started in the summer last year.

“An increase in Kitty Hawk Wind’s capacity from 2,500 megawatts to 3,500 megawatts has also been announced, as the current turbine technology allows to increase the capacity potential of the leased area,” the company announced in its quarterly results report released Wednesday.

According to the submitted Construction and Operations Plan, Kitty Hawk is planned to be built in phases, with the first phase planned to have a capacity of 800 MW and the entire development a total generation capacity of up to 2.5 GW, once all phases are built.

The first phase is expected to begin construction in 2024.

Carolina Coast Online reported the project still is in the permitting stage from the U.S. Bureau of Ocean Energy Management, and it will be a lengthy process.

Amanda Mayhew of Avangrid Renewables told the Carteret County Beach Commission at a meeting this week that while landfall for transmission lines will surely be in Virginia, they could also be in North Carolina, with a possible landing site in Carteret County, perhaps in Atlantic Beach, which is near the state port in Morehead City, in the second phase.

While the company has the lease in the ocean, “No permits are in hand,” Mayhew said to the panel Monday, and the company has not yet applied for any North Carolina permits. However, she added, Avangrid is gearing up for meetings with stakeholders who could be affected.

The company, she said, would not have a line running through sand borrow sites for beach nourishment projects and is aware of and will avoid historical ocean sites and key fishing spots offshore. The company is talking to National Marine Fisheries Service, Mayhew said.

Open houses are planned for February and March to let people know more about the plan, Mayhew said.

The Kitty Hawk North Wind Project is proposed to comprise up to 69 wind turbines, one offshore substation and two export cables that would make landfall in Virginia Beach, and connect to the Pennsylvania-New Jersey-Maryland (PJM) Interconnection energy grid.

Kitty Hawk is the first offshore wind lease area to be secured off North Carolina. In May this year, TotalEnergies and Duke Energy secured two further leases off the State’s coast, in the Wilmington East Lease Area offshore North Carolina and South Carolina.