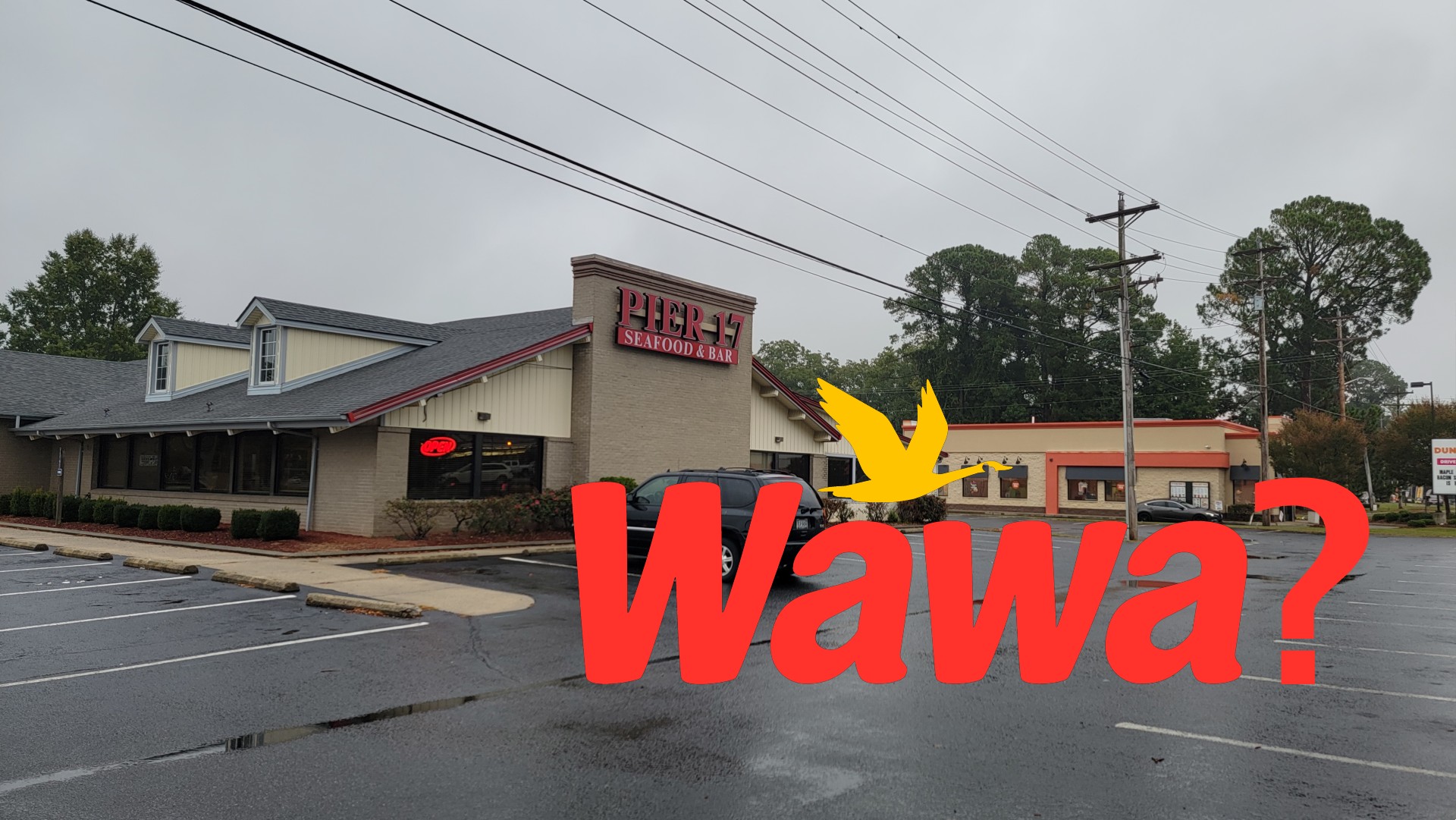 The plans for what could be the second Wawa in northeastern North Carolina have been submitted to the City of Elizabeth City at a site currently occupied by a seafood restaurant.

According to a weekly email from the City Manager’s office, Elizabeth City’s Community Development Department received the site plan submission on Oct. 14 for a 6,049 square foot Wawa at 406 Halstead Boulevard.

The parcel is approximately 1.85 acres and is zoned General Business (GB), and is currently occupied by the Pier 17 Seafood Restaurant.

The Daily Advance reports the owner of Pier 17 has not commented on what the future holds for the eatery that opened in the fall of 2020 at what was once a Golden Corral.

Tax records show the property is owned by an Elizabeth City-based limited liability corporation. Wawa wholly owns and operates all of their locations and does not franchise their brand.

The plan includes 48 parking spaces, gas pump islands, sidewalk installation along Ehringhaus and Halstead for the entire length of the site, a new landscaping plan, and driveway improvements as approved by NCDOT.

This site plan will head for official technical review in the coming weeks.

If approved, it will likely be the second Wawa to open in the region, as work on a site in Kill Devil Hills began earlier this month.

The Kill Devil Hills store will be at the corner of U.S. 158 and Fourth Street, across from the future Target, is expected to be the first to bring to North Carolina their popular hoagies and coffee that have an almost cult following.

Plans have also been submitted this month to Wilmington and Fayetteville, and other locations across the state have been rumored.

Founded in Pennsylvania in 1964 and based in Chester Heights, Penn., Wawa now has more than 800 stores in six states, including Virginia, D.C, Maryland, Delaware, New Jersey and Florida.

Their location just off the Highway 168/Chesapeake Expressway in the Edinburgh section of Chesapeake has become a popular stopping point for Outer Banks travelers and commuters.

“We aren’t yet able to share specifics regarding timing of our construction or specific opening dates, but we are planning some future events once our plans and timelines are firm to begin to share those details,” Bruce said.

The company’s website also notes they “normally do not confirm a location until construction begins. We believe this helps avoid disappointment if a planned location doesn’t meet our needs.”