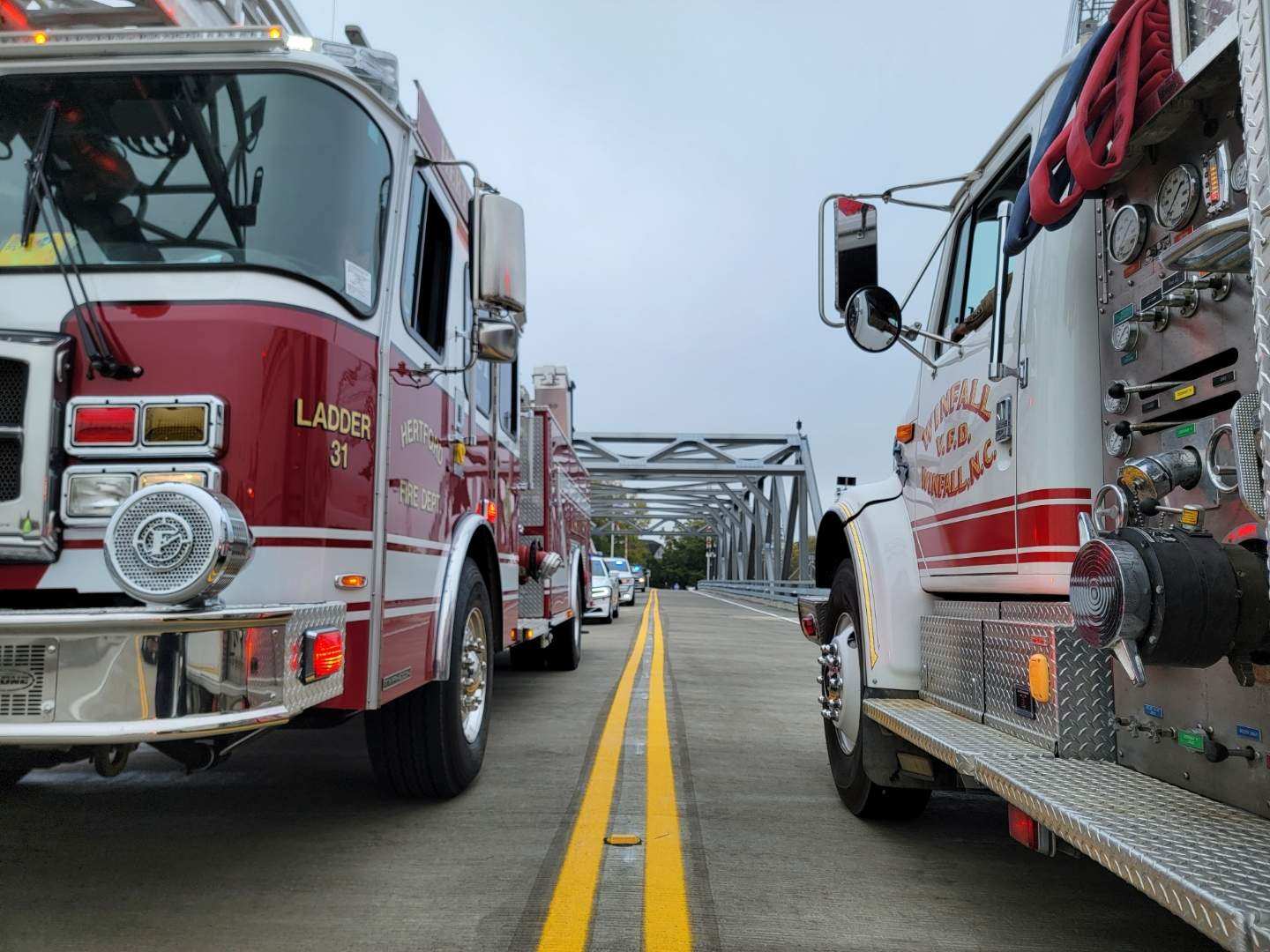 The first vehicles, fire trucks from Hertford and Winfall, met each other at the middle of bridge at about 4 p.m.

The new swing-span bridge carries U.S. 17 Business over the Perquimans River between the communities of Hertford and Winfall.

The bridge replaces the iconic, but deteriorating old Hertford S-Bridge, which welcomed vehicular and maritime traffic for 93 years before its removal last year.

Construction began on the design-build process in the summer of 2019. The total cost of the project was about $60 million, which included replacement of the bridge and improvements to the adjacent causeway.