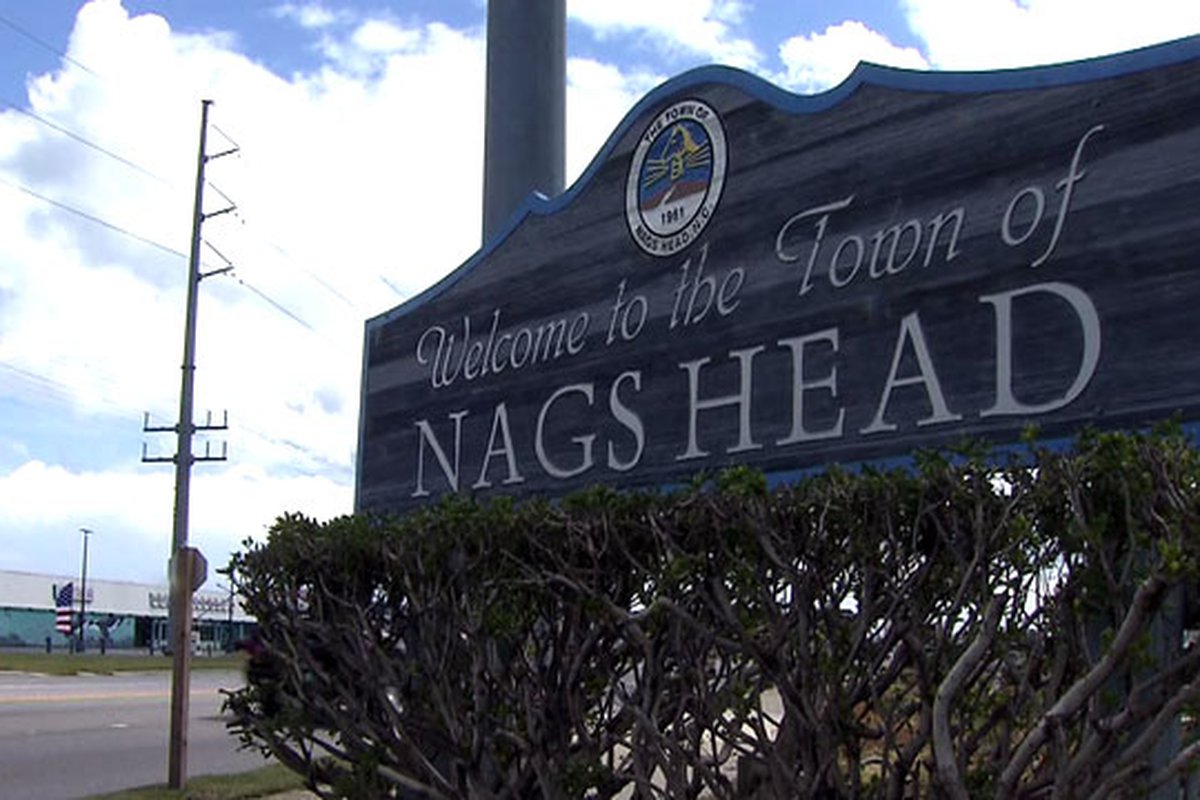 Updated, Wednesday 11 a.m.: The Nags Head Board of Commissioners on Wednesday morning approved a 150-day moratorium on new commercial construction in the Historic Cottage Row district between the highways, after complaints about a pizza shop that opened earlier this year and now a proposed essential housing development.

More details from our live blog of the meeting:
11:00 a.m.
Town Attorney John Leidy recommended that an amendment be made to a line in the original proposal to “residential uses” from “one and two bedroom units” to be in agreement with state statues.

The motion to approve the moratorium passed on a 4-0 vote.

10:58 a.m.
Town Manager Andy Garman read into the record emails that mostly expressed opposition to the housing proposal. Support for the project was shared by Outer Banks Hospital President Ronnie Sloan. Members of the board then gave their comments.

Mayor Pro Tem Michael Siers mentioned they were not aware of where Woda Cooper wanted to build in Nags Head until early September, that the moratorium is something that’s was “kicked down the road” from 2017 and is not just about one piece of property, and also said that “sustainable housing” should be a priority.

Rest of the board echoed Siers comments and supported the moratorium.

Dare County Board of Commissioners Chairman Bob Woodard challenged the Nags Head commissioners to “take a hard look at establishing a moratorium” and he also said there are rumors that Nags Head would change the zoning of the proposed site that would not allow the development to go forward.

Woodard also said there was not “overwhelming opposition” in the room of the proposed development.

He pointed out the variety of employees of local government, first responders, schools, hospitality and other visitor economy businesses that are impacted by the lack of housing.

The public comment period came to a close, and several emails submitted by the public by those who could not attend were read into the record.

10:34 a.m.
Speaking next is Bobby Harrell, with Harrell and Associates which represents the owners of the property where the housing development is proposed.

He gave several points supporting the housing proposed for the site, including mentioning the needs for The Outer Banks Hospital and medical community as a whole.

10:32 a.m.
A representative of Kitty Hawk Kites read into the record an email from CEO John Harris that was also submitted to the board.

The letter stated a number of managers with his company lost their homes to AirBnB rentals this year, and pointed out the impacts housing shortages are having on business and government services all along the Outer Banks.

10:30 a.m.
Former Edenton mayor Roland Vaughn, who owns a home in Historic Cottage Row, supports the moratorium while mentioning his comments at previous meetings about the affordable housing proposal.

He noted that the comments from Woda Cooper’s representative relieved some of his personal concerns about the housing project.

10:25 a.m.
Another resident of the neighborhood, Tim Engle, spoke in favor of the moratorium. While saying he was in favor of affordable housing, he noted that traffic and drainage issues in the area should be considered along with possible impacts to property values.

10:23 a.m.
Danny Blackburn, senior vice president with Woda Cooper who is the developer contracted by Dare County to construct and manage the proposed development.

He pointed out what the 54-unit development won’t be, such as Section 8 or HUD-supported housing, and what it will be. Blackburn also presented a brief history and portfolio of the company.

Blackburn then gave a brief presentation on the development itself, which will be a combination of one and two-bedroom units on the just under 5 acre site. He stated that the density of units is actually lower then what is currently allowed under town ordinances for the site.

10:15 a.m.
Susan and Charles Kalan, who live at the corner of East Holowell and South Memorial, presented photos and spoke passionately against the proposal for the housing development and supported the moratorium.

10:10 a.m.
Karen Brown, President and CEO of the Outer Banks Chamber of Commerce, read a statement from the chamber supporting the essential housing efforts.

David Twiddy, Dare County Board of Education chairman, listed the impacts that the lack of essential housing is having on the Dare County Schools and efforts by the board and non-profits to find housing for staff.

Fuller said he believed that the board could take a simple up-or-down vote without a public hearing on making changes to specific regulations and properties within the district, while still keeping the moratorium in place.

He also asked the board to follow its previously stated efforts on essential housing, supporting individual businesses providing housing to employees and encouraging them to raise salaries to give employees the ability to afford to live here.

10 a.m.
The public comment portion of the hearing has opened.

First to comment is Dare County Board of Commissioners member and Nags Head resident Rob Ross. Ross remarked on the county’s efforts to bring essential housing to the area.

“We have an historic opportunity to partner with you to bring this project to fruition,” Ross said, asking the board to take advantage of the proposed 150-day period.

“I would urge you to please look at the big picture, look at what we are able to do if we do it right…no one would ever endeavor to put a project that would damage, diminish, deface this beautiful district,” Ross said.

9:45 a.m.
The board has returned to the open session and the public hearing is underway. Planning Director Kelly Wyatt opened the hearing with a presentation on the proposed moratorium “on all Commercial, Mixed Use, and all Non-Single Family or Non-Two-Family residential developments located within C-2, General Commercial Zoning District applicable to the areas from Danube Street north to Hollowell Street, between US Highway 158 and NC 12.”

This area is also known as the town’s “Historic Cottage Row”.

Wyatt summarized that the moratorium would allow the Planning Board and Board of Commissioners more time to adopt changes to the current zoning regulations for the district.

9:05 a.m.
Mayor Pro Tem Michael Siers is presiding over today’s meeting. Mayor Ben Cahoon is out-of-town for an engagement scheduled several months prior to the calling of this meeting.

An amended agenda was approved after the meeting was gaveled in, moving the board’s closed session to the front of the meeting.

A brief public comment period opened with one resident expressing support for the moratorium. It was clarified that comments should be limited to matters other then today’s public hearing and no one else spoke.

Commissioners approved the consent agenda and then entered closed session to consult with the town attorney.

Town officials noted that the restaurant was a permitted use of the building located at 4036 South Virginia Dare Trail, and that the town was not required to notify adjacent property owners or special permission for the restaurant in the C-2 district.

At Thursday’s commissioners meeting, there were concerns expressed during public comment that a developer contracted by Dare County to construct an essential housing project in Nags Head is looking at a site at the corner of South Croatan Highway and East Hollowell Street.

“The purpose of this public hearing is to consider adoption of a moratorium on all Commercial, Mixed Use, and all Non-Single Family or Non-Two-Family residential developments located within C-2, General Commercial Zoning District applicable to the areas from Danube Street north to Hollowell Street, between US Highway 158 and NC 12.

“This proposed moratorium would be in place for a period not to exceed 150 days so that staff can conduct a detailed review of the Town’s Zoning Map and its consistency with the Town’s Comprehensive Land Use Plan.

“Staff can recommend potential changes to the Zoning Map and to the Town’s UDO, and any proposed and appropriate changes can be processed and adopted by the Board of Commissioners.

“As a result of this hearing substantial changes may be made in the proposal as advertised to reflect objections, debate and discussion at the hearing.”