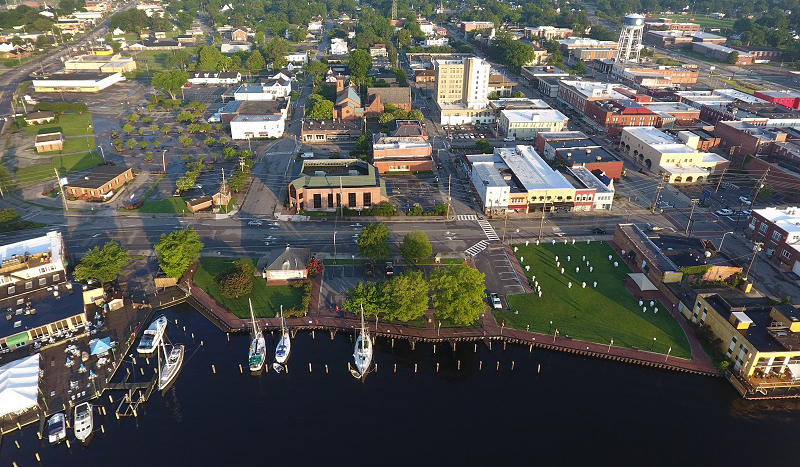 By Adam Swain
This past Wednesday evening, Elizabeth City’s City Council voted to rehire the former City Manager, Montre Freeman – who was released from the same position by the previous Council in September 2021. The vote was split 4-4 among Council members with Mayor Kirk Rivers casting the deciding vote to rehire Mr. Freeman.

While Mr. Freeman’s initial tenure was admittedly beleaguered, polarizing, and well-documented, we must acknowledge that the people of Elizabeth City elected this City Council to represent resident interests just a few short months ago.

Regardless of individual opinions as to whether Mr. Freeman should be rehired, it was a decision that was set in motion in this past spring’s municipal election and should now be seen to represent the will of the people.

However, what’s disappointing is that we continue to see the same dynamic that has plagued city politics for years – a council evenly divided where each member’s vote could have been predicted by their mailing address alone.

This council got off to a great start and established a sense of goodwill across the entire community with active engagement and a renewed sense of conviviality in Council Chambers.

Unfortunately, the perception now becomes that it’s the same old politics we’ve grown accustomed to; it doesn’t appear there was a significant effort to find a candidate who would break that mold and that this was always going to be the most likely outcome.

Regardless, it is now our responsibility as residents and business leaders of Elizabeth City to work with the City Manager and City Council to achieve the best possible outcomes for the city as a whole.

Two things will go a long way in re-establishing unity and setting a new tone for the city:

First, we must extend an invitation and welcome the Local Government Commission into our community to get to the root of our financial challenges. The next decade is critical to the future of Elizabeth City, and we need to be prepared.

We have a disgraceful lack of affordable housing, but our infrastructure can’t support new construction that would supply that housing. We need new jobs and new industries to bolster our economy and provide good jobs for our residents. We need to invest in services for our community’s most vulnerable.

Simply put, the issues we face are not about politics and accountability but rather about the quality of life for the people of Elizabeth City and creating an atmosphere where the most basic needs of our neighbors can be met.

And these are just the issues we face today. We also need to look at how we will respond to an aging population, technological disruptions, major weather events, etc.

We’ll never meet our potential if we don’t stop paying for yesterday’s mistakes and start taking a more future-oriented look at where we want and need to be as a city.

Second, in the interest of coming together and moving forward, we need to function with greater transparency. So much of what happened with the firing and rehiring of Mr. Freeman happened behind closed doors.

That void has been filled with conjecture and misinformation in the absence of validated information. Suppose this council truly believes that rehiring Mr. Freeman was the right choice (and Mr. Freeman believes his termination was without cause).

In that case, Council and Mr. Freeman should take the initiative of releasing the minutes of those closed-session meetings and the findings of those investigations.

This will demonstrate to the people of Elizabeth City that Mr. Freeman’s firing was without merit and that he truly is the right person to lead our city government.

Ultimately, all of us want the best for our families and our community. I wish Mr. Freeman, Mayor Rivers, and City Council all the best and look forward to working with them to build the best city we possibly can for the people who call Elizabeth City home.