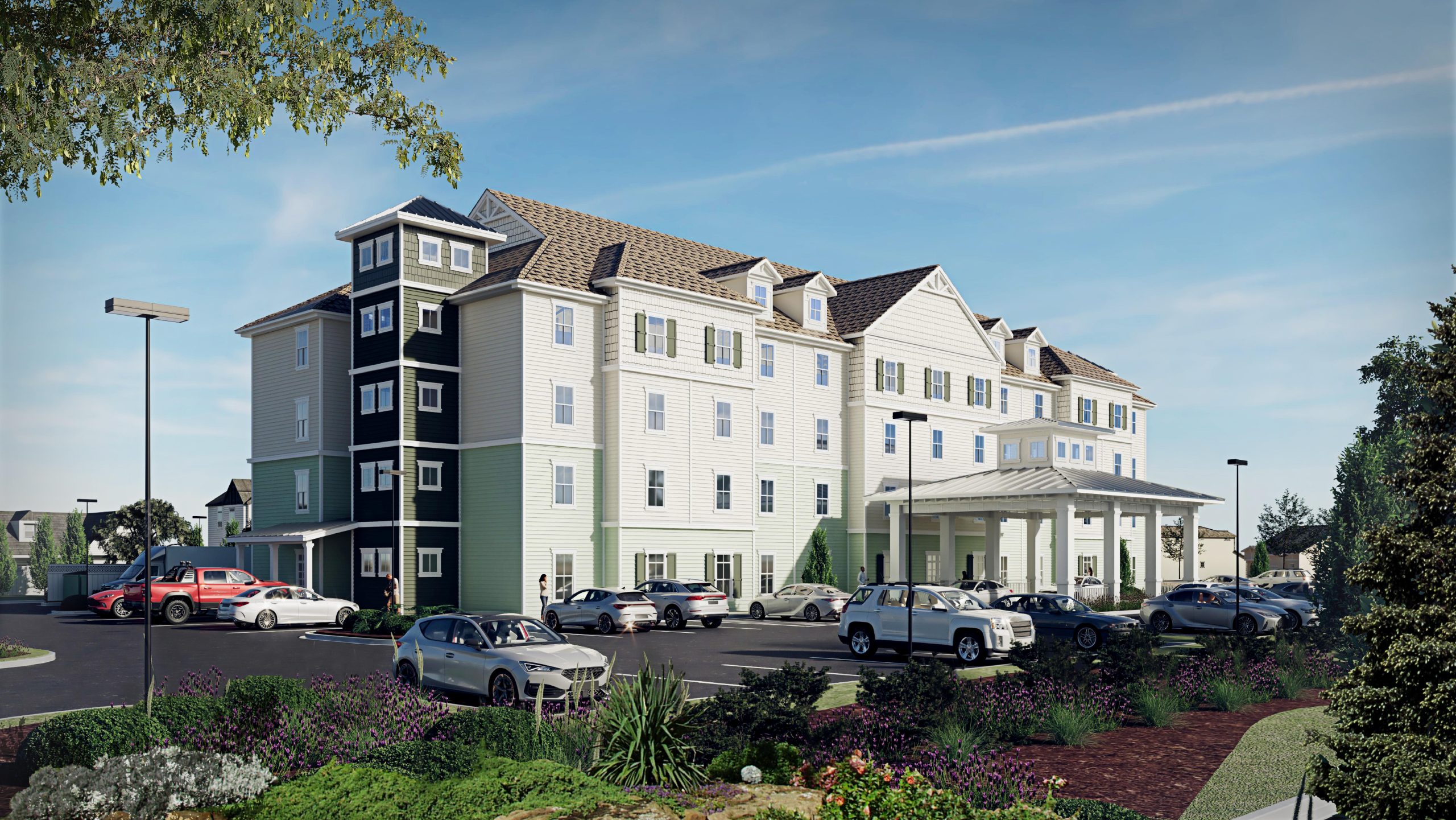 UPDATED, Oct. 8: Nags Head’s Board of Commissioners have granted final approval for a four-story, 90-room hotel that would be located on the west side of U.S. 158 just south of Nags Head Golf Links.

House Engineering, P.C., of Kitty Hawk submitted the full application in July for the proposed Inn at Whalebone for a developer that has yet to be named in documents posted on the town’s website.

The Nags Head Planning Board was presented the initial sketch plan for the proposed hotel in June so they could give early feedback before a more detailed plan was submitted to the town’s planning department.

The town’s planning staff initially did not give their recommendation for approval because the original plans would have exceeded Nags Head’s maximum allowed building height.

Those plans were amended prior to the August planning board meeting to come into compliance with the 60-foot maximum height in the town’s Unified Development Ordinance, and the staff gave their recommendation for approval. 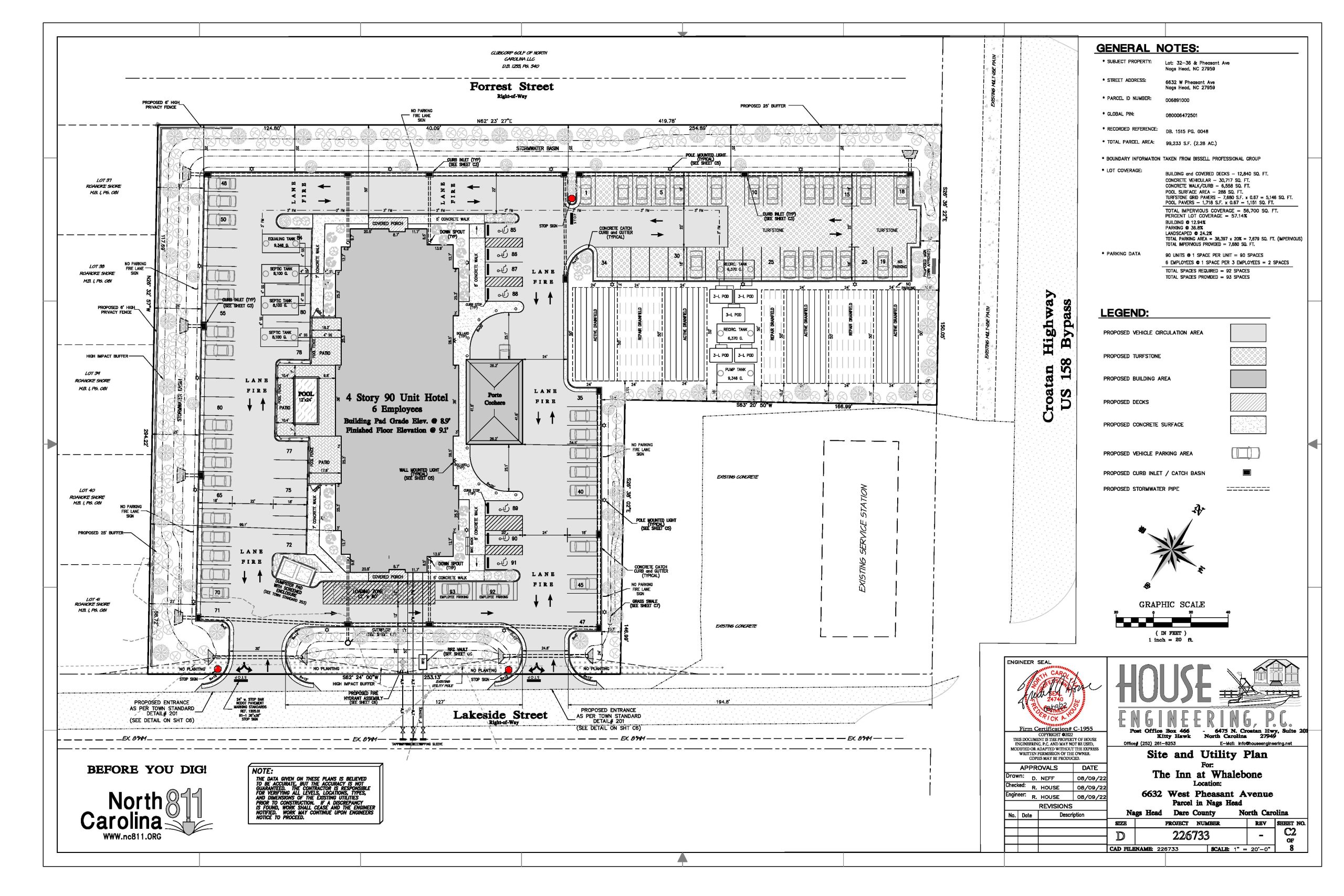 Members of the town’s Planning Board expressed a number of concerns about the proposal back in August, including possible stormwater issues on adjacent properties and traffic problems, but acknowledged that the plans meet the town’s regulations on hotels and they had no choice but to give their approval.

The Inn at Whalebone would be the first large-scale hotel constructed in Nags Head since the current Holiday Inn Express was erected on the oceanfront in 1987.

The property is located near the corner of South Croatan Highway and Lakeside Street, behind the Duck-Thru convenience store, and is owned by Stanford and Susan White.

It is also within walking distance from The Soundside event site, where the Dare County Tourism Board has proposed the 49,000 square foot Outer Banks Event Center.

Access to the hotel would only be from Lakeside Street, with no direct connection to U.S. 158. An outdoor pool is included in the site plan, but there will not be a restaurant or kitchen facilities. An on-site wastewater system would also be constructed.

The Nags Head Board of Commissioners on October 5 gave their approval on the overall plans and several additional, including the pair of driveway connections to Lakeside Street.

Commissioners noted that while there was public opposition to the proposal, the plan met all criteria for the site that is zoned specifically for a hotel.

A request was made that the developer coordinate with the N.C. Department of Transportation on jointly funding a traffic signal at the U.S. 158/Lakeside intersection after concerns expressed by residents of adjacent properties.

Watch the October 5, 2022 Nags Head Board of Commissioners meeting, hotel proposal begins at 1:22:18