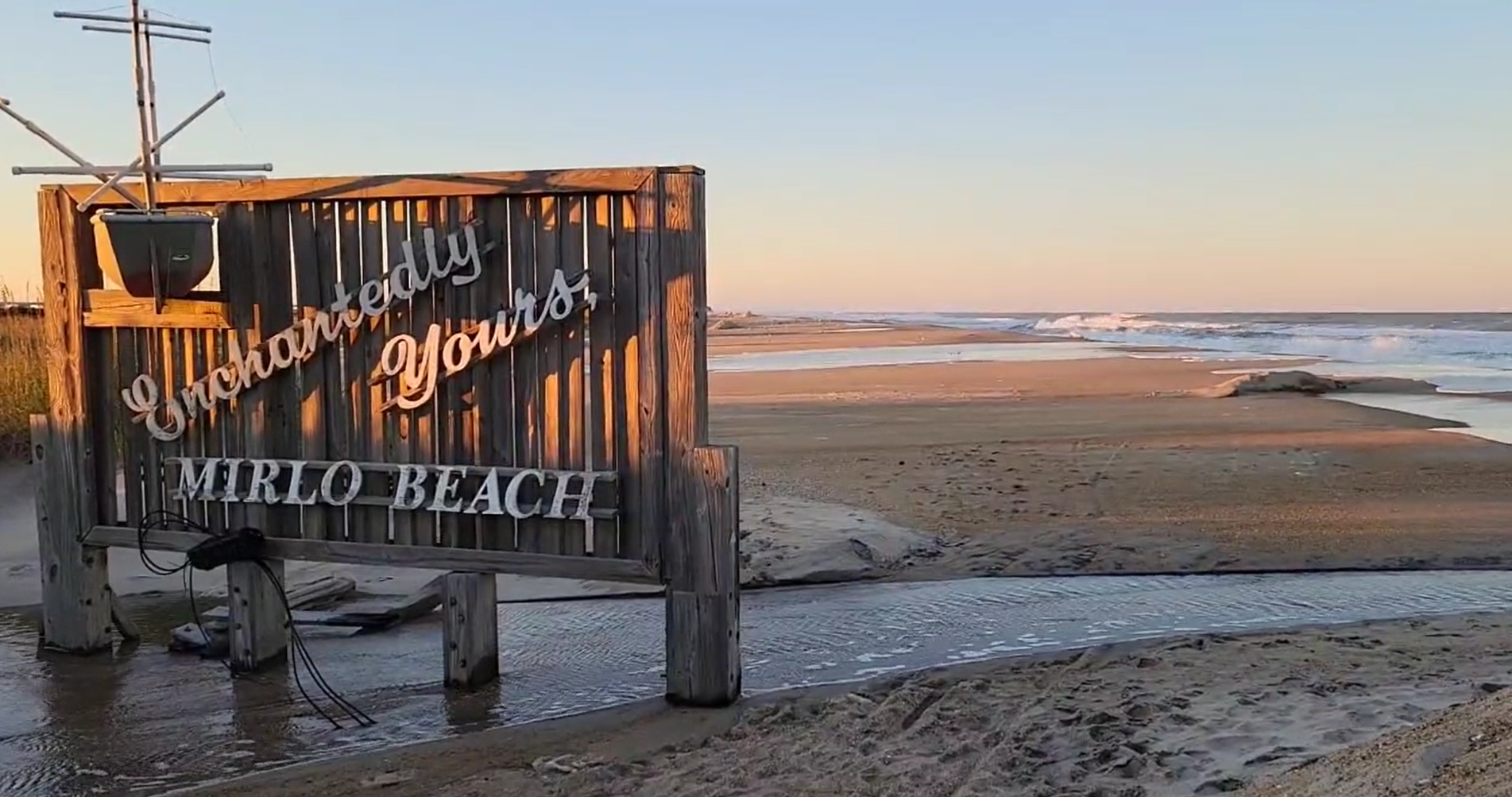 While just minimal overwash was experienced Thursday and Friday along the Outer Banks, residual waves from Hurricane Fiona will continue to create numerous rip currents and pounding shorebreak in the surf zone through the weekend.

A high risk of rip currents is forecast for Saturday and Sunday along the beaches from the state line to Cape Hatteras.

For the south-facing beaches including Frisco, Hatteras village and Ocracoke Island, a moderate risk of rip currents is forecast for the weekend. Only experienced surf swimmers should enter the ocean above their knees with a flotation device.

All roads are open from Corolla to Ocracoke, and ferry service to-and-from Ocracoke is operating normally.

Sea water and sand were reported on N.C. 12 at multiple the normal trouble spots along the south-facing beaches over the last two days during high tide, including between Frisco and Hatteras village and on the north end of Ocracoke Island.

We saw some minor overwash this evening across NC 12 on northern Ocracoke Island and north of Hatteras Village. @NCDOT reports that both sections remain passable tonight & all of NC 12 remains open for the time being, but urges caution while driving around the impacted areas. pic.twitter.com/Mewg75BKR9

No overwash was reported between Oregon Inlet and Rodanthe either. While the S-Turns/Mirlo Beach area is no longer a concern since the Jug Handle Bridge opened at Rodanthe, bypassing the area that has been prone to overwash for years, the now-closed road has been covered by even more sand with the latest blow.

There was also no flooding in Avon south of the pier or in Buxton at the motels, after beach nourishment projects were completed during the summer.

The National Park Service continues to warn everyone to stay away from the beach off Rodanthe due to the threats from more than a dozen threatened oceanfront homes that could have been damaged by the pounding surf and could still collapse at anytime.

One of the around a dozen houses in Rodanthe threatened by the ocean may make it through this blow. No collapses so far. pic.twitter.com/omeGvzqoEb

The recommendation by Cape Hatteras National Seashore officials to avoid a two-mile stretch of beach between the north end of Rodanthe and South Shore Drive, is based on the weather forecast and the presence of several vulnerable houses that may be damaged by rough surf and high winds.

Additionally, it is possible that structures associated with some homes, including wires, pipes and septic systems may have been partially or completely exposed and hazardous to the public as the ocean washes over the beach.

Work on the beach nourishment projects off Kitty Hawk and Southern Shores has been suspended until sea conditions are safe for dredges and tugs to operate, but the pipes used to send sand to the beach from offshore are still in place.

While Fiona has made its way into the Canadian Maritimes, the rest of the tropics have become more active in the last couple of days.

One area to watch is a system that is forecast to eventually become Hurricane Ian in the Carribbean and then make its way towards Florida by the middle of next week. Some models have what’s left of Ian possibly heading towards North Carolina next weekend, so continue to monitor forecasts and the latest updates from the National Hurricane Center.