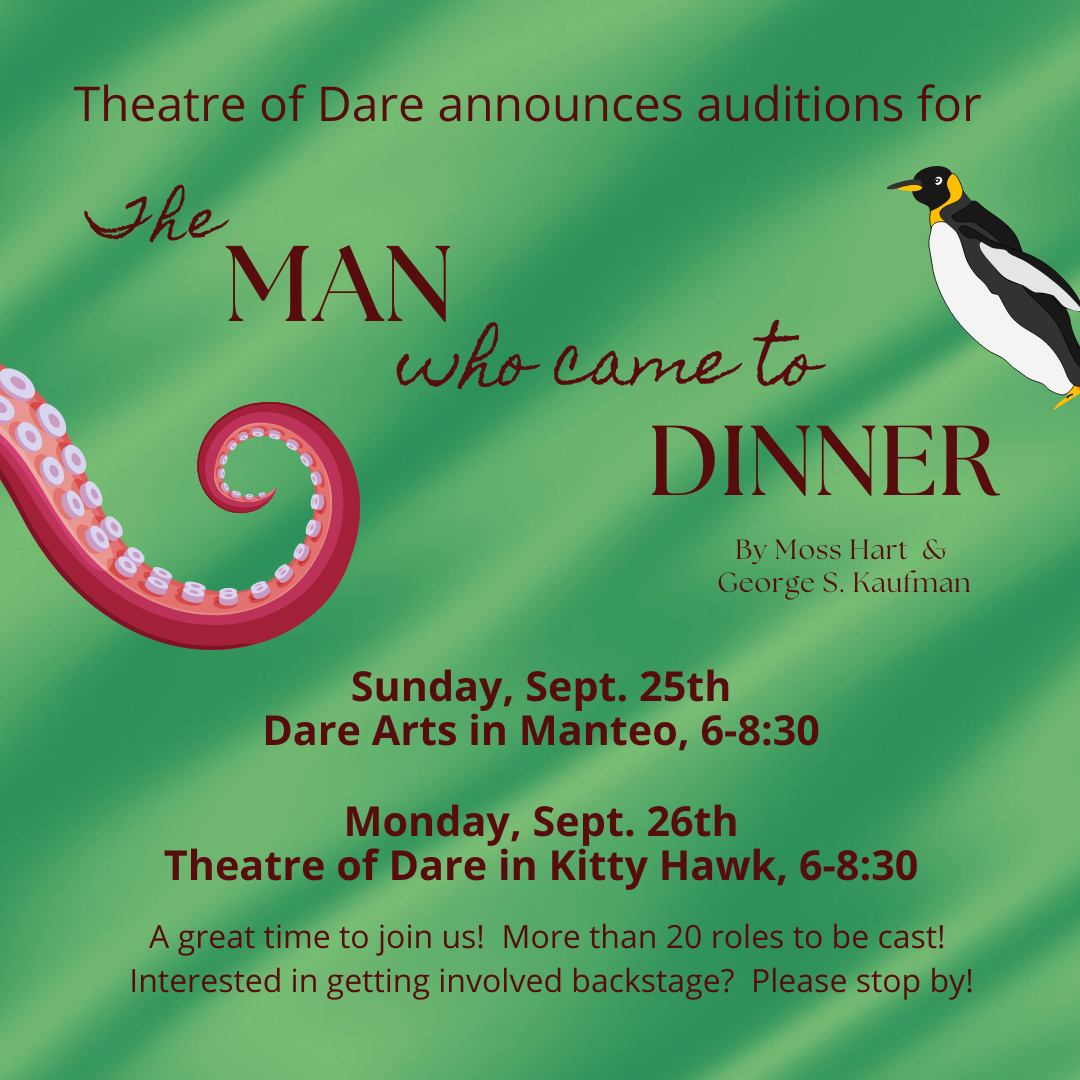 If you’ve ever wanted to give acting a try, now is the perfect time.Theatre of Dare will need around 20 people for its December show, The Man Who Came to Dinner, and auditions are coming up September 25 and 26.
“I’m excited, this is a perfect show for actors of all experience levels,” said director Leah Cribb. “There are a few large, meaty roles, a couple of smaller but significant roles, and some cameo roles that would be great for anyone looking to dip their toe in the acting pool.”
The Man Who Came to Dinner is a rollicking Christmas comedy about a famous dinner guest named Sheldon Whiteside who fractures his hip at his host’s doorstep and decides to stay – for six weeks. While confined, the egotistical guest forces everyone in town to cater to his every whim, and a three-ring circus of celebrity appearances and hilarious antics ensue.
Auditions will be held from 6-8:30 p.m. on Sept. 25 at the Dare Arts Building in Manteo and on Sept. 26 at the Theatre of Dare headquarters in Kitty Hawk. Those auditioning will be asked to do several cold reads from the script. A few roles will require British, New York, or German accents, and the role of playwright Beverly Carlton will require a vocal audition, since he sings a song in the play.
Those interested in auditioning can get more information by logging onto https://www.theatreofdareobx.com/the-man-who-came-to-dinner and filling out the audition interest form. The Theatre of Dare production of The Man Who Came to Dinner will be performed December 2-11 in Kitty Hawk. Season tickets for all of T.O.D’s regular season productions are now available on its website.