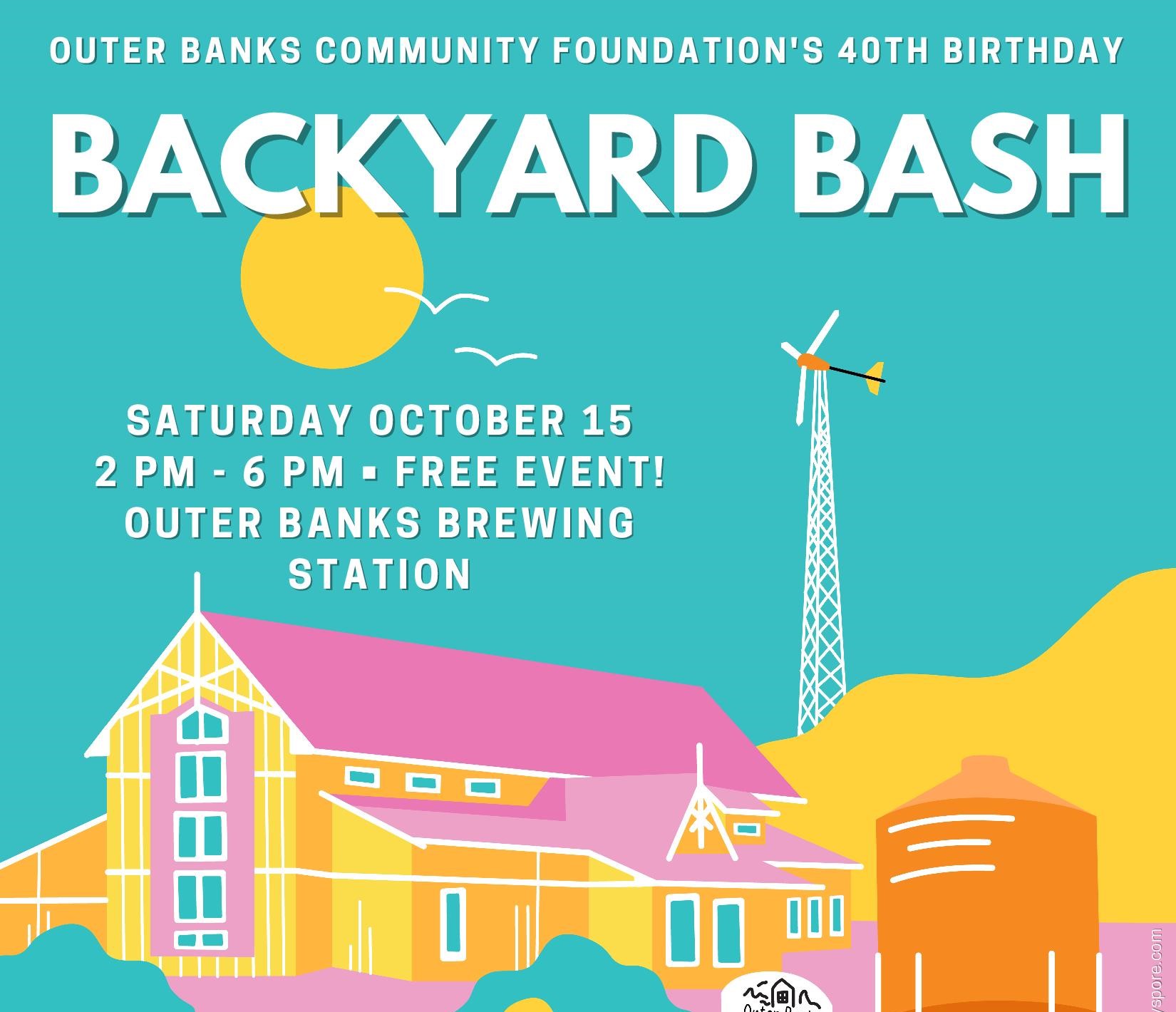 The Outer Banks Community Foundation invites the public to its 40th Birthday Backyard Bash at the Outer Banks Brewing Station on Saturday, October 15 from 2 to 6 p.m.

The free event will feature live music, birthday cake, and a $4,000 grant to be awarded to one local charity by event-goers. This community grant kicks off a new partnership with Charitocracy OBX, our new, local, online giving circle, where donors pool their contributions, nominate, and vote for local nonprofits to receive grants each month.

“Our Community Foundation was built on a model of many people making modest contributions, for the betterment of the entire community,” said President and CEO Chris Sawin.

“As we reflect on 40 years of giving, we are humbled by the efforts of others and inspired to do our part to position this extraordinary organization into its next 40 years of service,” said Sawin. “We are very pleased to mark this auspicious occasion by launching a new giving platform the whole community can be involved in, starting at just $1 a month.”

The Outer Banks Community Foundation was the brainchild of historian David Stick, who recognized the value of establishing a charitable foundation to address the unmet needs of the Outer Banks.

He looked at what other communities had done, formulated a concept, and gathered together George Crocker, Eddie Greene and Andy Griffith to share his ideas for creating a community foundation for the Outer Banks. They then brought in local leaders in banking (Ray White), law (Martin Kellogg), and finance (Jack Adams), formed a board and organization structure and had their first official meeting on November 16, 1982.

Forty years later, the Community Foundation has grown thanks to the dedication of more than 70 community leaders who have served on the board of directors, and thousands of generous donors who love the Outer Banks.

The five pillars of service to the community are scholarships, grants, disaster relief, nonprofit support, and fund stewardship. Individuals, families, and nonprofits have created more than 200 funds, each a perpetual endowment that will give back through local charities for generations to come.

To date, more than $10 million in grants and $2 million in scholarships have been awarded, impacting tens of thousands of individuals and families in Dare County and on Outer Banks beaches from Corolla to Ocracoke.

Every attendee at the Backyard Bash will have the opportunity to help choose a new $4,000 grant recipient, commemorating the Community Foundation’s 40th anniversary.

“To everyone on the Outer Banks, please join us to celebrate this milestone, participate in the grantmaking process, and blow out the candles,” said Sawin. 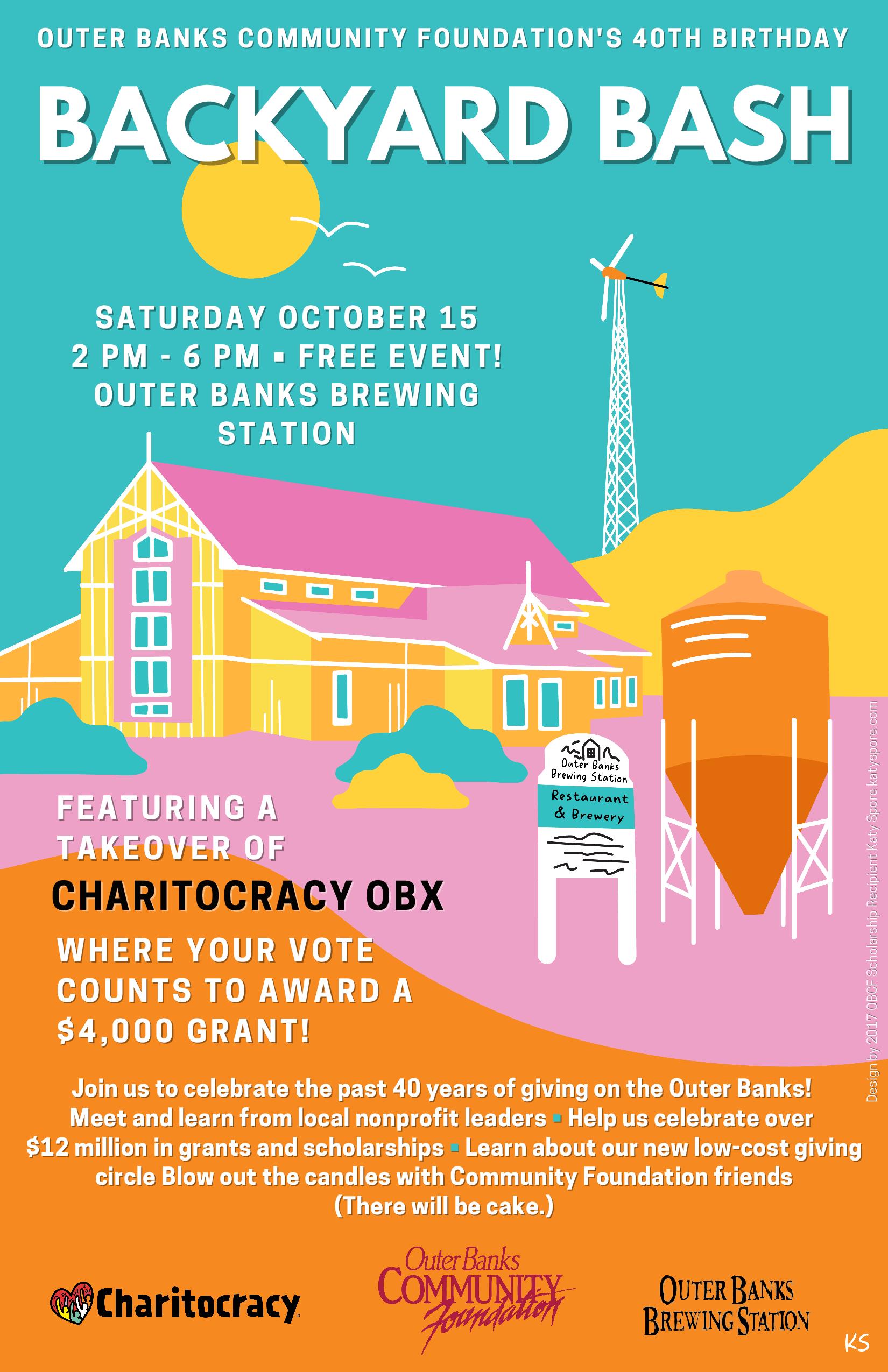