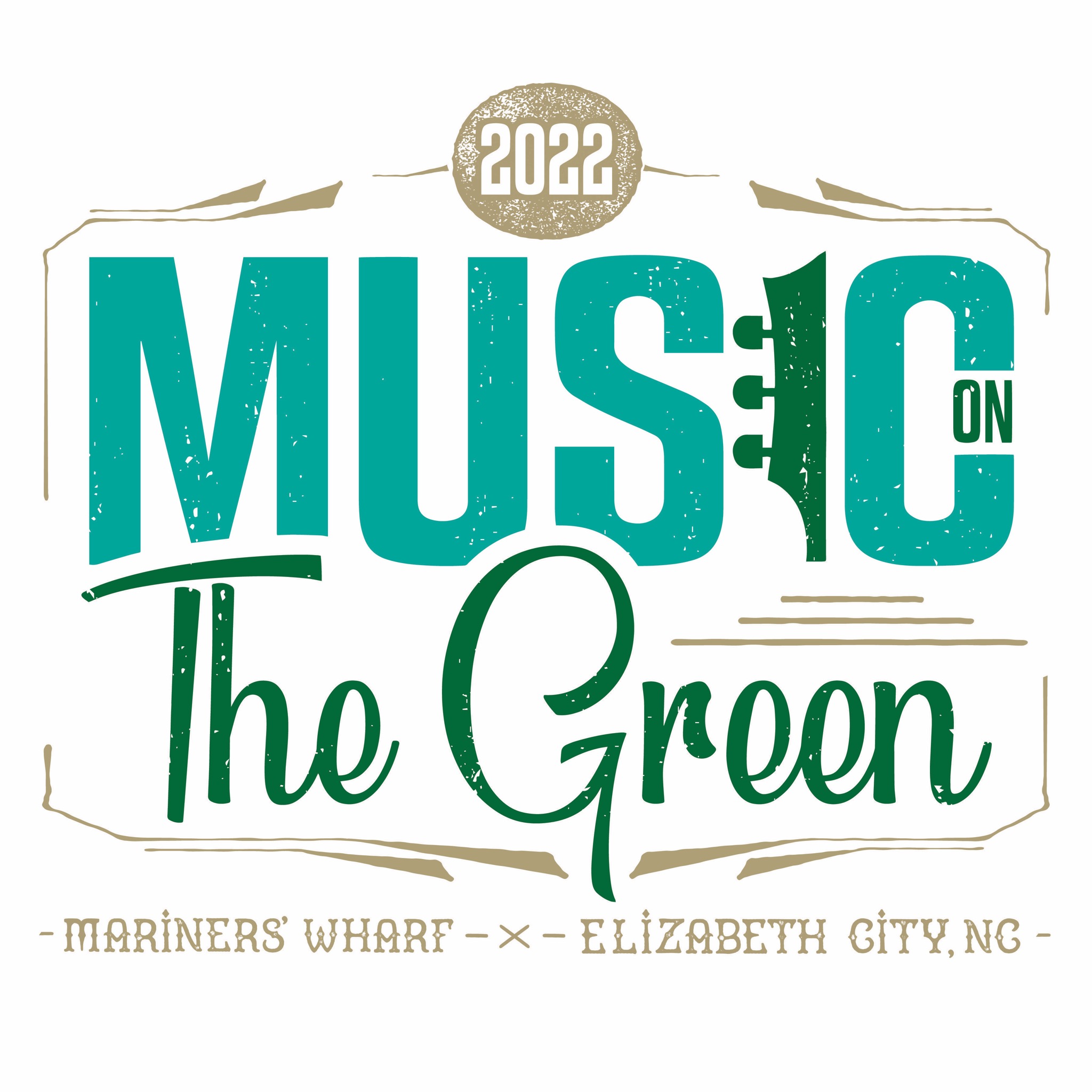 It is the closeout weekend to the eight-week Music on the Green at Mariners’ Wharf Park Summer Music Series, which ends on Tuesday, September 20.

“It is the perfect way to culminate a season of great music in Elizabeth City, which is becoming known for its energetic music scene,” said Jeff Mitchell, chairman of the festival committee.

The second annual festival will literally be a musical jam-packed two-day event with strong local, regional, and Nashville- and Asheville-based talent and will be an experience to remember.

Bring a lawn chair or a blanket and sit back and enjoy the music or dance the afternoon/evening away! There will be live local music in many of the Downtown Elizabeth City venues to enjoy, as well.

The event will be free to the public with food vendors and beer and wine available to purchase and we encourage you to dine in one of our downtown or local eateries.

A limited number of special VIP area tickets are available for purchase. VIP ticket-purchasers will have a special seating area with a seat provided, will receive four drink tickets, with special cocktail features by Juniper Cocktail Bar, and an event t-shirt. VIP Tickets may be purchased at www.ec-downtown.ticketleap.com/2022-fall-music-festival/.

The opening “experience” features 5Starr from 6 to 8 p.m. Based out of Chesapeake, Virginia, 5Starr offers an ultimate sound that’s replicable by no other. A collective of musicians, Chris Whitaker, Curdarius Swain, Jonathan Frazier, and Robert Wilkins, unite to create an exceptional experience for listeners. One can expect nothing less than a 5-star sound. While each individual has accomplished their own feats as musicians, the group’s cohesiveness has spawned a sound destined for musical greatness for many years to come.” www.5starrmusic.com

Local favorite The Daniel Jordan Band will perform from 8:30 to 10:30 p.m. The Daniel Jordan Band is a Country Southern Rock band that entertains throughout Eastern NC and SE VA and always pumps the crowd up with their engaging performance. They have performed at venues in the Outer Banks and VA such as Kelly’s, Fishheads, OBX Marina, Elevation 27, Eagle’s Nest and more. Daniel has also shared the stage with Keith Urban! They cover Kenny Chesney, Luke Bryant, Luke Combs, Jason Aldean and more in addition to their own original music. www.thedanieljordanband.com

In 1969, Bill Deal and the Rhondels began a recording career that would take them to Madison Square Garden and across the country. With three top 10 hits, “May I”, “I’ve Been Hurt”, and “What Kind of Fool Do You Think I Am”, the band hit the road, delighting their audiences with outstanding vocals, powerful brass, and exciting showmanship. These hits also topped the charts in Argentina, Spain, Brazil, Germany and Mexico.

The unexpected passing of Bill Deal in December of 2003 was a great loss to the music industry, however the Original Rhondels continue to perform the great music that earned them a star on the Legends Walk of Fame. Performing from Orlando & Tampa, Florida, to Charleston & Myrtle Beach, South Carolina; from Montgomery, Alabama to Washington, D.C., the Original Rhondels continue to delight their audiences at corporate and family events, as well as festivals and concerts.

With Brian Bleakley on vocals; Steve Ambrose on sax and vocals; Gary Hardy and Rollie Ligart on trumpets; Lee Quisenberry on keys, trumpet and vocals and Sonny Morris on drums and vocals, the Original Rhondels are stronger than ever. www.BillDealsBand.com

Be moved by the authentic and from the heart music of Brooke & Nick on the side stage from 6:15 to 7:45 p.m. “Brooke & Nick are an Americana-Indie-Folk duo based in Asheville, North Carolina.

Brooke plays cello and sings alongside front man, Nick, who sings, plays baritone uke, and foot percussion. Their combo brings a large and dynamic sound; filled with harmonies and an authenticity that makes any cover their own.

Their original work is fresh and edgy, yet soulful. Their heartfelt harmonies create a soothing yet energetic sound that easily pulls listeners in. The couple’s music holds depth and a magnetism that parallels their many years together.

Brooke and Nick met on the sandbar of Ocracoke in the fall of 2010. After their initial meeting, they quickly became an item and began playing in the same band. However, it took several years for their musical backgrounds to mesh and come together one on one.

It wasn’t until the summer of 2016 that they began to perform as a duo in the Ocrafolk Opry, and the rest is history.” www.brookeandnickavl.com

Nashville-based rockers the Flying Buffaloes to close out the festival from 8 to 10:30 p.m. “Movement–a word that bears special meaning for Nashville-Based rockers Flying Buffaloes. From their aptly-titled 2017 debut Taking Off EP and their 2019 debut album Loaded & Rollin’, to the band’s very name, they’ve had their sights set on a forward trajectory, no matter the obstacle.

The formation of the band is the quintessential Nashville story: five musicians, drawn like moths to the neon lights of the city’s famed Lower Broadway, converge to form a band. Fueled by their desire to deliver the organic energy of rock-n-roll coupled with the lyrical honesty of classic country, Flying Buffaloes have found themselves opening for a range of acts including iconic rockers Drivin N Cryin as well as acclaimed Red Dirt Country artist Wade Bowen, in addition to headlining tours throughout the South and Midwest.

Between performance dates, Flying Buffaloes secured Grammy award-winning Jeremy Ferguson (Cage The Elephant / Andrew Combs) to produce Loaded & Rollin’. Recorded at Ferguson’s Battle Tapes Studio in East Nashville, the album explores the isolation and depression associated with immigration, the ups and downs of love, and the essence of what it means to be a working Nashville band.

When work and life came to a grinding halt in March 2020, the band refocused their energy on creating new music. The fruits of their labor will soon see new light. As evidenced by their upcoming single, “A New Day is Gonna Dawn,” (produced by Donnie Reis at his East Nashville studio, Twelve 3 South) the future is bright for Flying Buffaloes. Barry Stone / Lead Vocals, Guitar, Keys; Tommy Leland / Lead Guitar; Brandon Cantwell / Bass; Danny Pratt / Drums

Sponsorship opportunities are still available, find out more at www.musicatmarinerswharf.com/fallmusicfestival or contact Elizabeth City Downtown, Inc. at 252-338-4104 (office), 252-340-2784 or elizabethcitydowntown@embarqmail.com.