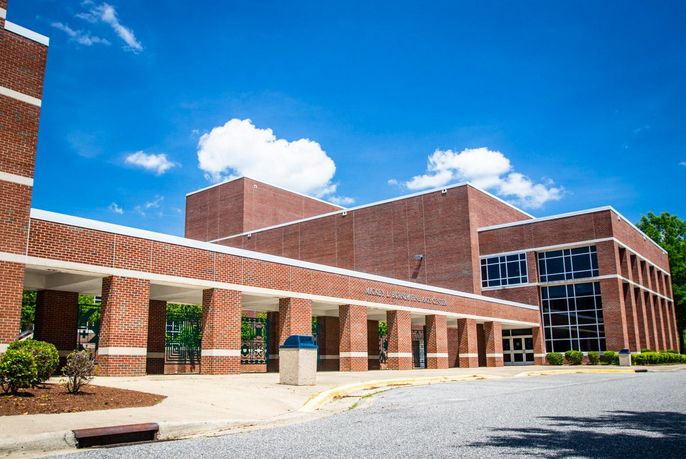 Despite being historically underfunded and cheated out of proper allocations as land grant universities, North Carolina’s historically Black colleges and universities (HBCUs) have announced record-breaking enrollment, donations, expanding programs and campuses in the last two years.

Elizabeth City State University — the smallest of the UNC System’s HBCUs — has seen a recent series of big announcements as it continues to recover from an enrollment slump, grow its programs and offerings and attract new students from North Carolina and beyond.

Today, a by-the-numbers look at the history and recent success of the small Pasquotank County campus on the rise.

132 – Years since ECSU was founded in 1891, as the Elizabeth City State Colored Normal School. The school was the result of House Bill 383, filed by Hugh Cale, an Black state representative in the General Assembly from Pasquotank County. The bill established a normal (teaching) school for “teaching and training teachers of the colored race to teach in the common schools of North Carolina.”

23 – Number of students enrolled when the school began. By 1928, the school had 355 students and went from a two-year normal school to a four-year teaching college in 1937. Two years later, it officially became Elizabeth City State Teachers College.

2,149 – Number of students at ECSU this year, the highest student count in eight years. While still lower than its peak of 3,000 students, the number marks a continued recovery in enrollment after a period of decline.

4.6 – Percentage of student growth at ECSU from the 2022 to the 2023 academic year, with growth seen in most student categories. The university increased its first year students both from in-state and out of state for the fifth consecutive year.

50 – Percent at which out-of-state admissions are capped at ECSU. Last year, the UNC Board of Governors raised that cap to 25% at all five of the system’s HBCUs. This year it raised the cap further, to 35% at N.C. A&T and NC Central University and to 50% at Elizabeth City State.

“It was clear to me that, particularly in consultation with the chancellors at Elizabeth City, Central and A&T, additional room for them would benefit those institutions significantly,” UNC System President Peter Hans told Policy Watch.

University leaders told Hans and the board they are already meeting their missions to make higher education accessible for North Carolinians and could benefit from accepting more out of state students as demand from out of state is growing.

$1,000 – The one-time housing grant ECSU is giving to each student living on campus in the fall 2022 and spring 2023 semesters, capitalizing on a recent survey of U.S. Department of Education College Scorecard data that found the campus to be the most affordable HBCU in the nation.

$100,000 – Amount in grants ECSU announced it had received late last month Late last month for two library-related projects. The university will use the money to update the digital inventory and self-checkout systems at its G.R. Little Library as well as becoming a satellite office for the North Carolina Digital Heritage Center’s work digitizing historical documents, photographs and newspapers.

1 – Number of four-year collegiate aviation education programs in the State of North Carolina. ECSU is home to it and it’s become the university’s signature program.