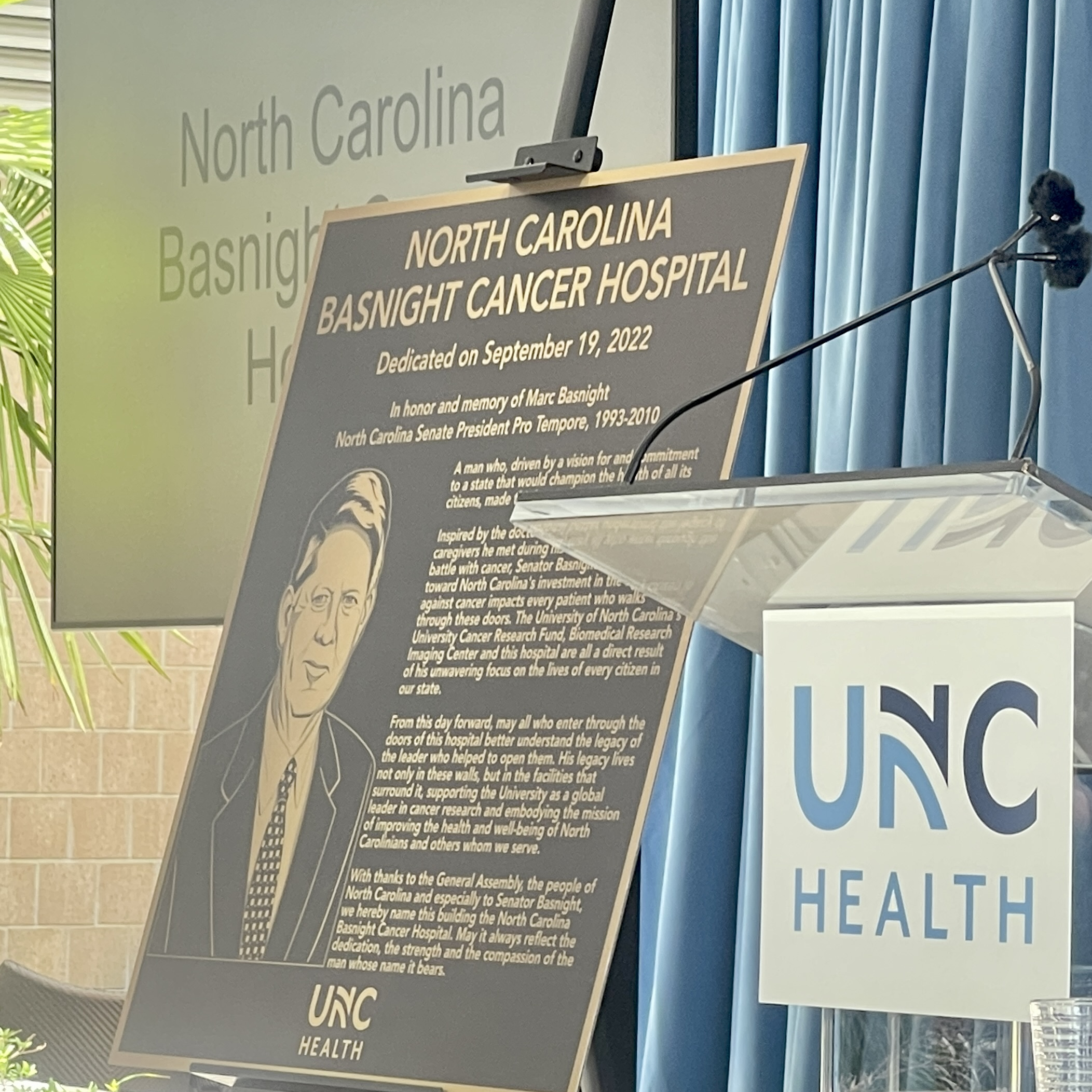 The cancer hospital at the University of North Carolina in Chapel Hill that opened in 2009 will now carry the name of the man considered most responsible for its founding.

The Manteo native passed away in December 2020, and was Senate President Pro Tempore for 18 years, the longest term of any leader of a General Assembly chamber in North Carolina history.

“The mission of UNC Health is to promote the health and well-being of the people of North Carolina,” said Wesley Burks, MD, CEO of UNC Health and Dean of the UNC School of Medicine. “Today was a great opportunity to come together to honor Senator Basnight, a man who embodied that mission throughout his career in public service.”

Basnight was instrumental in the opening of the hospital, drawing inspiration from doctors, researchers, patients and caregivers he met during his wife Sandy’s battle with cancer. UNC’s University Cancer Research Fund, its Biomedical Research Imaging Center and the hospital itself are all a direct result of his unwavering focus on bettering the lives of the people of North Carolina.

It was during Sandy Basnight’s treatment for leukemia that Marc Basnight saw the need for enhanced research capabilities, more advanced technologies and equipment, and better healthcare facilities to help fight the state’s deadliest disease. He pushed for state funding to build the cancer hospital, which tripled the space available for treatment.

Today, residents from North Carolina and beyond make more than 270,000 outpatient visits each year to the cancer hospital, the clinical home for UNC Lineberger Comprehensive Cancer Center, and its affiliated clinics.

“When people faced challenges, big or small, my friend Senator Basnight was ready to help,” Cooper said. “He had a relentless drive to make North Carolina its best, and this cancer hospital is a part of his tremendous legacy in our state.”

"I would not be here today doing a job that I love…if it wasn't for #MarcBasnight," said #UNC System President Peter Hans during remarks at the North Carolina Basnight Cancer Hospital renaming ceremony at UNC Hospitals in #ChapelHill. #cancer pic.twitter.com/FC9KV4PLAp