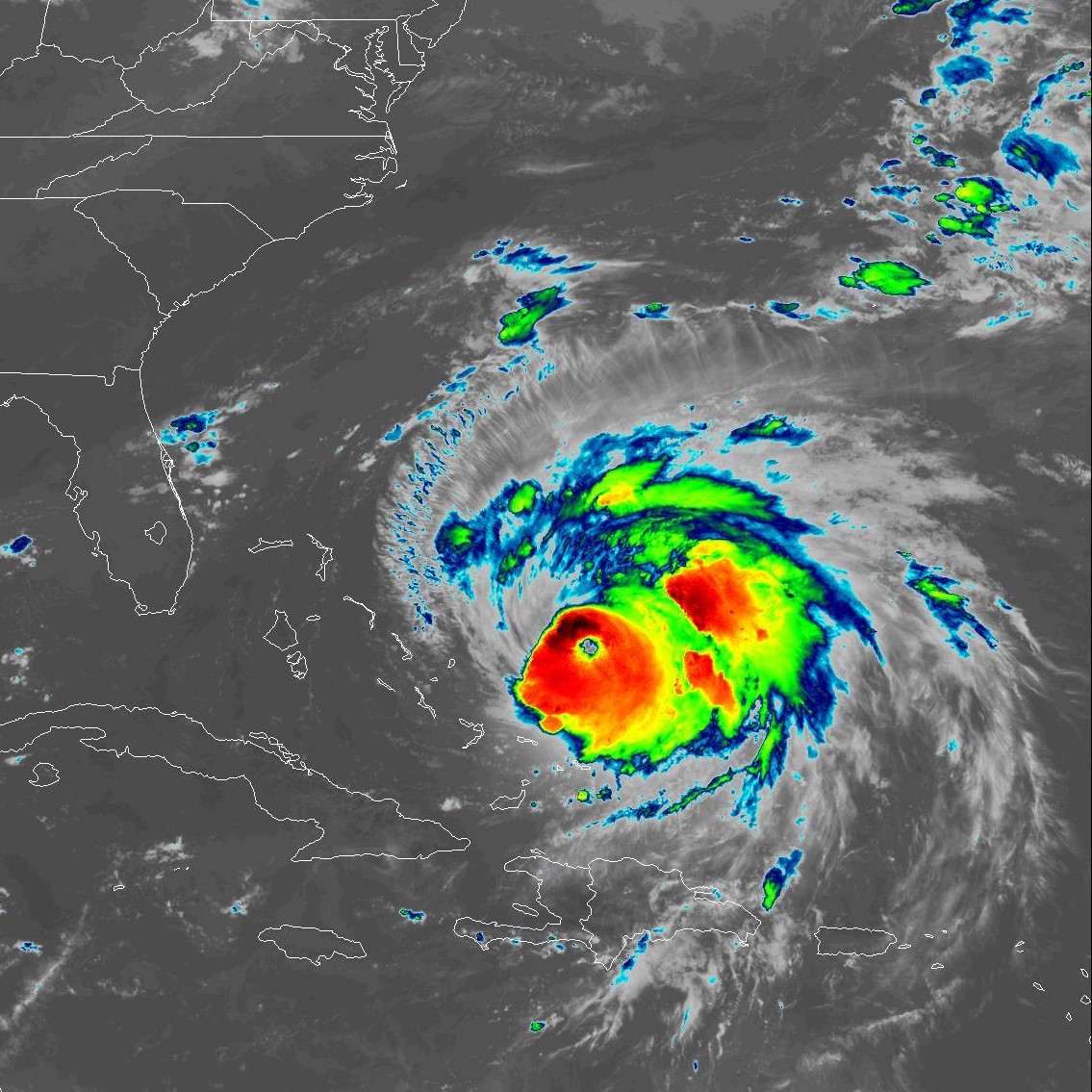 After drenching Puerto Rico with more than three feet of rain, the first major hurricane of 2022 will likely send big surf and create deadly rip currents along the Outer Banks and the rest of the East Coast through the weekend as it passes a couple hundred miles offshore of the United States.

There is also the possibility of some minor ocean overwash at times of high tide along a good portion of the Outer Banks.

“The outlook for Hatteras Island outlines a threat for minor coastal flooding, beach erosion, and ocean overwash as being possible on southeast facing beaches from Thursday into this weekend as Fiona’s swell reaches our shores,” said Dare County Emergency Management Director Drew Pearson.

“In talking with our weather service partners they shared that the most likely areas for coastal impacts would be spots that are lacking any dune structure, like the almost two mile stretch of ocean front at the north end of Rodanthe,” Pearson said.

“Residents and visitors in this area should be always ready to protect their property,” Pearson said. “They should also exercise caution around compromised structures especially during periods of ocean overwash.”

Travel along the four-wheel drive beaches of the Currituck Outer Banks will also likely be impacted.

A cold front will pass offshore Thursday night, bringing northerly winds that will create dangerous surf conditions before a shift to a more-westerly direction on Saturday and Sunday.

The powerful waves will be too dangerous for ocean swimming, and No Swimming flags will likely be flying into early next week.

Work on the beach nourishment projects off Kitty Hawk and Southern Shores will have to be suspended once the waves become too dangerous for dredges and tugs to operate, but the pipes used to send sand to the beach from offshore will be left in place. The center of Hurricane Fiona made landfall along the extreme southwestern coast of Puerto Rico on Sunday afternoon, knocking out power to the entire U.S. territory and caused catastrophic flooding.

The fifth named system and third hurricane of 2022, Fiona reached category 4 on Wednesday to become the first major hurricane of the season.

Fiona will start picking up forward and pass near Bermuda on Friday. Ahead of that, long-period swells are expected to start impacting the U.S. Atlantic coast as soon as Thursday.

Beachgoers should be able to enjoy the ocean along the Outer Banks on Wednesday and Thursday, with above-normal air and water temperatures and light winds forecast. Highs in the upper 80s to near 90 are expected.

There is a moderate risk of rip currents from Oregon Inlet southward on Wednesday, due to shorebreak and a longshore current. Only experienced surf swimmers should enter the ocean above their knees with a flotation device today along Hatteras Island and Ocracoke Island.

Long period swell from Fiona will begin arriving along the Outer Banks early Thursday, and then the cold front will cross that night.

“They also highlight the potential for scattered showers and thunderstorms late Thursday afternoon and early evening with some of the storms becoming strong to potentially severe in nature primarily due to damaging wind gusts,” Pearson said.