Following the death of Queen Elizabeth II, the numerous ties of people and places around the globe to Great Britain’s longest-serving monarch continue to be broadcast and written about.

Including another one to the Outer Banks we learned about just this week.

Following her speech, the Princess Royal unveiled a stone plaque that resides adjacent to the docks in downtown Manteo. 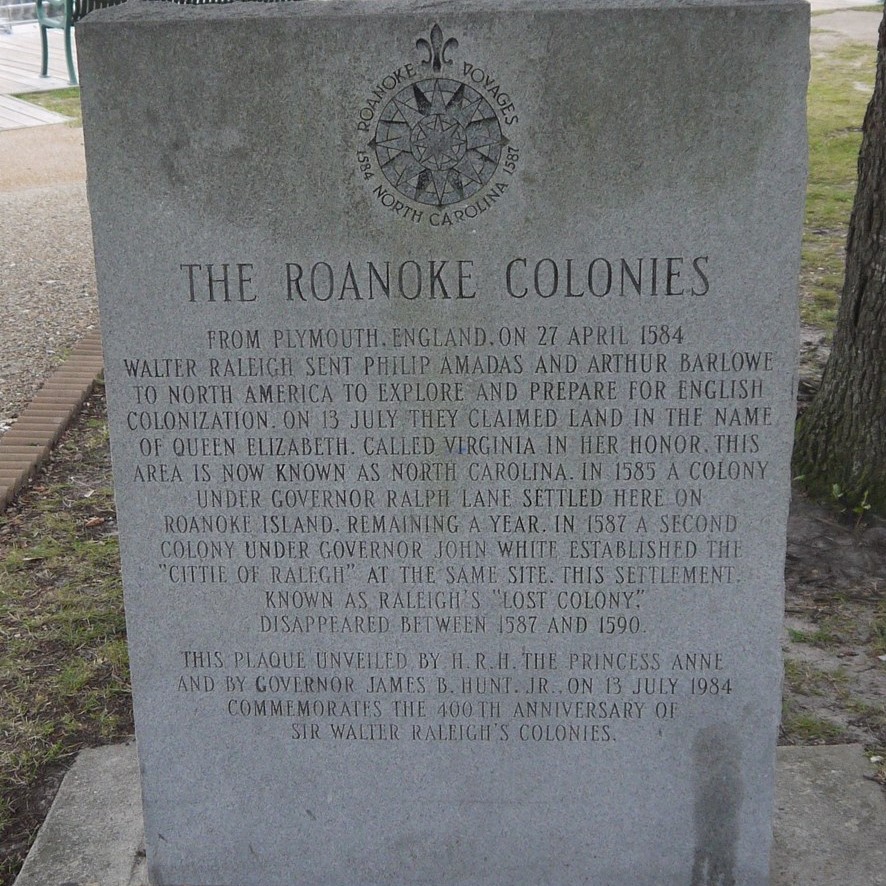 She then attended the dedication of the 16th-century representative sailing ship, the Elizabeth II, that is docked in Doughs Creek at Roanoke Island Festival Park.

However, the ship’s name actually honors the first Queen Elizabeth, who authorized Sir Walter Raleigh to send colonists to the New World between 1584 and 1587.

And the Princess Royal also visited the Elizabethan Gardens on the north end of Roanoke Island.

Another Outer Banks direct connection are the British cemeteries in Ocracoke and Buxton, where lie the remains of sailors whose bodies washed ashore after a German U-Boat sank a British ship off during World War II.

And now this week, we learned of another connection between our shores and Queen Elizabeth II. And it may be the Outer Banks best known town throughout the realm.

On Tuesday, the Royal Air Force flew the Queen’s coffin from Edinburgh to London aboard a RAF Globemaster C-17. That flight, as with any military flight when the Queen was onboard a fixed-wing aircraft, had the call-sign of “Kittyhawk”.

Other call signs were used if she was on a helicopter or commercial aircraft, but its not exactly known why “Kittyhawk” was chosen.

The RAF did take some liberty with the name of the town popularly credited for the site of Orville and Wilbur Wright’s historic flight so that the call sign was a single word.

And while Kitty Hawk is commonly associated with the first powered flight of a heavier-than-air plane on December 17, 1903, the flight and the Wright Brothers research actually took place on Big Kill Devil Hill in what is now Kill Devil Hills.

Local historian David Stick noted in his “History of the Outer Banks” that the Kill Devil Hills name for where the flights took place can be traced as far back as 1808.

But the more popular credit to Kitty Hawk as to home of the first flight likely has multiple reasons.

The Wrights chose the Outer Banks for their experiments and eventual history-making flights because of wind data from the Weather Bureau Office located at the Kitty Hawk Life Saving Station.

They also based their travels and their time in North Carolina through Kitty Hawk, staying with and enlisting the residents who lived in the soundside village.

And the Wrights also sent the telegram to their father announcing their success from the Kitty Hawk Life Saving Station.

The spot where the telegraph machine was located in the station is immortalized in what is now the Black Pelican, as the “Station 6” building makes up the core of the restaurant.

So yes the first flight took place in Kill Devil Hills, but Kitty Hawk gets much of the fame and even claims it proudly on the town’s website.

And while that argument will likely never come to a landing, “Kittyhawk” has taken her final flight.