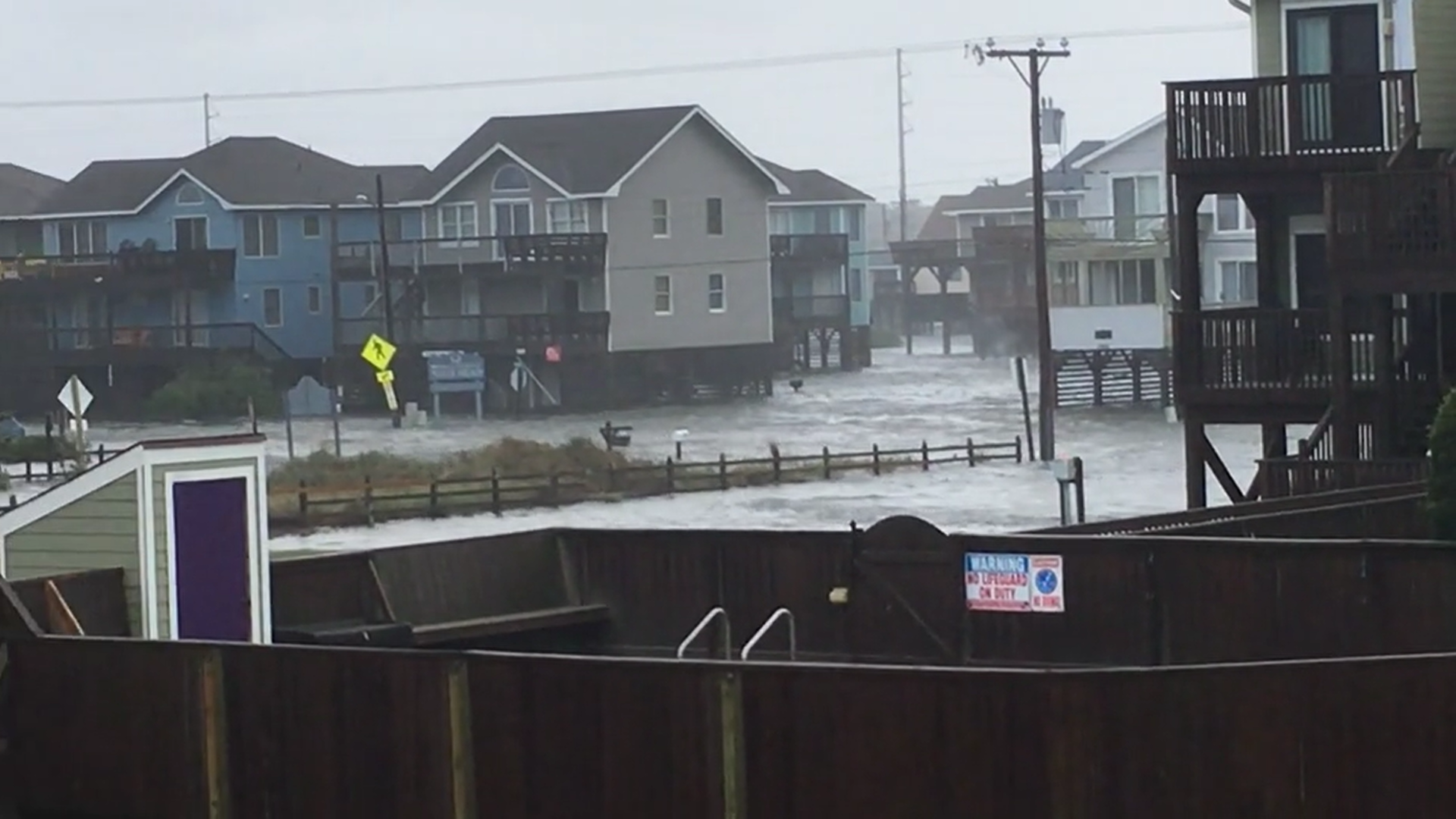 That’s how long it will have been, come next month, since Hurricane Matthew raked and inundated eastern North Carolina with high winds and catastrophic rainfall.

The storm arrived on Oct. 8, 2016, and left within a day, but the trail of destruction that resulted was huge. Twelve to eighteen inches of rain fell over a brief period that came on the heels of another 6 to 10 inches of rain deposited by Tropical Storm Hermine.

Twenty-eight people were killed, tens of thousands of structures were damaged or destroyed, flooding was “catastrophic” – in many places, for weeks afterward. Several of the state’s poorest counties fared the worst.

By any standard, the task that confronted the state in responding to this disaster was enormous. What’s more, the fact that Matthew struck just prior to the start of voting in a hotly contested general election – an election that ultimately resulted in a change of gubernatorial administrations in Raleigh after weeks of rancorous debate – only compounded the challenge that state officials faced in effecting a massive clean-up.

Now add to this the fact that the state was impacted by yet another destructive hurricane – Florence – less than two years later, and that a global pandemic just 18 months after Florence caused big disruptions to global supply chains, and one couldn’t blame the folks in charge of clean-up and recovery for feeling, at least at times, somewhat vexed.

All that said, as Policy Watch investigative reporter Lisa Sorg has demonstrated repeatedly over the last several months in an exhaustive series of damning reports (reporting that other North Carolina new outlets like WTVD television have begun to echo and supplement), the performance of the state office assigned to the task of responding – the North Carolina Office of Recovery and Resiliency (aka “Rebuild NC”) can only be described as dismal.

As Sorg reported in her initial report in May, the state has received $236 million in Hurricane Matthew federal disaster relief money to rebuild or renovate thousands of damaged single-family homes – most that belong to low- and moderate-income households. The state received another $247 million from the federal government for Hurricane Florence recovery.

Amazingly, however, nearly six years since the disaster struck and more than five years after the state received the money, thousands of North Carolinians have yet to return home. Instead, they’ve been living in motels, dilapidated houses, travel trailers, with relatives or in other inadequate and temporary abodes for months or years.

Many of the stories are downright tragic and heartbreaking.

Now add to all this the mounds of evidence that Sorg has uncovered testifying to the frequent incompetence that Rebuild NC has demonstrated in its selection and management of contractors, and the utterly maddening lack of communication that has marked its interactions with so many displaced families, and it’s hard to see the agency’s performance as anything other than an example of bureaucracy at its worst.

But wait, it gets worse.

Rather than owning up to the mess and doing whatever it takes – demanding more money, firing the people in charge, exposing and tackling bureaucratic rules, raising heck wherever and whenever necessary – the agency has stonewalled requests for interviews, slow-walked records requests, and just generally blamed others and played P.R. games in an effort to deny there’s any problem at all.

It is a situation that remains outrageous and simply unacceptable.

Happily, however, this sordid saga could be entering a new and better phase this week. On Wednesday, Sept, 14, at 9 a.m. — largely in response to Sorg’s reporting — a subcommittee of the General Assembly’s chief government oversight committee will hold a public hearing on the issue in Raleigh. Click here and on the “stream” icon to watch or listen to the livestream, and here to submit comments.

Let’s hope the subcommittee members – including co-chairs, Sen. Brent Jackson and Rep. John Bell – pose a series of tough questions to the scheduled witnesses. In particular, Rebuild NC’s Chief Program Delivery Officer, Ivan Duncan – an official who has refused multiple Policy Watch requests for interviews – should be quizzed about several specific allegations of questionable activity leveled by contractors who spoke to Sorg.

And let’s also hope the committee patiently listens to, invites further input from, and works to protect from retaliation some of the myriad distraught and struggling families and individuals who have reached out to express their frustrations with the lack of service they have received.

The bottom line: As we’ve been reminded repeatedly in recent years during the pandemic, there is no single governmental function that’s more important than securing the well-being of the vulnerable during and after emergencies and natural disasters.

Especially with yet another hurricane season hitting its peak in the weeks ahead and many more climate change-driven disasters looming in the future, it’s essential that legislative leaders get to the bottom of why North Carolina has failed this most basic of jobs for so many residents harmed by a storm that took place six years ago.