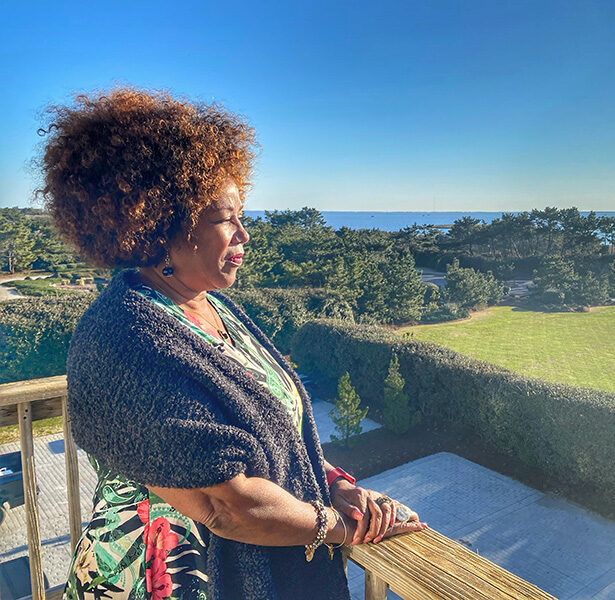 Today, Ruby is a civil rights activist, and she actively speaks with children around the country about the racism she experienced and the racism that exists today.

Ruby’s first walk into school is commemorated in many beautiful works of art, including one by local Outer Banks artist Dawn Moraga.

Norman Rockwell’s 1964 painting The Problem We All Live With is on the cover of Ruby’s book, This is Your Time, released in 2021 and is widely recognized as an iconic depiction of the Civil Rights Movement.

Bridges’ has a new children’s book that was released this week, I Am Ruby Bridges: How One Six-Year-Old Girl’s March to School Changed the World, now available online and at your favorite local booksellers. 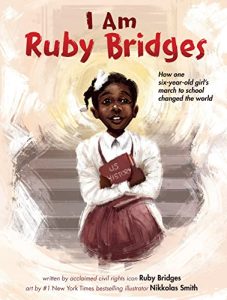 She’s been making the rounds on the television networks and other outlets promoting the book “that tells her story as never before…a personal and intimate look through a child’s lens at a landmark moment in our Civil Rights history.”

This Is Your Time and I Am Ruby Bridges are available for purchase from booksellers everywhere, including local OBX favorite Duck’s Cottage. For those with an Apple Watch, Time to Walk with Ruby Bridges is available on Apple Fitness+. The 1998 Disney movie Ruby Bridges is currently streaming on Disney+.

During her first visit to Duck last year, Ruby sat down for an extended conversation with Twiddy & Co. President Clark Twiddy, which you can read about here. She even cooked up a pot of gumbo.