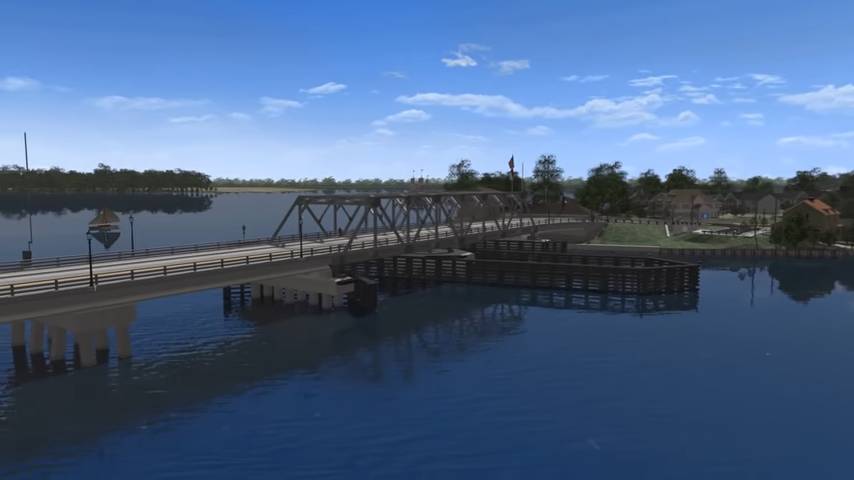 Bikers and walkers invited to cross new bridge in Hertford this Saturday, but vehicles will have to wait

The replacement of the 93-year-old Hertford S-Bridge is nearing completion, and residents and visitors will be able to celebrate the new bridge with a Community Day on Saturday, August 27.

However, contractors will have to delay opening the new span to vehicular traffic to a later date due to the forecast of rain throughout this week.

N.C. Department of Transportation officials and leaders from Perquimans County, Hertford and Winfall will host a ribbon cutting ceremony at 11 a.m. Once the ribbon is cut, residents will be able to walk, run or bike on the bridge and enjoy the scenery from the structure’s viewpoints for several hours.

The bridge was originally scheduled to then open to vehicles later in the afternoon, but the Town of Hertford announced Monday that will have to wait.

The Community Day is the culmination of a three-year, $57 million project to replace the picturesque but aging Hertford S-Bridge over the Perquimans River.

In addition, the project has made improvements to the adjacent causeway, which had been settling unevenly due to poor soil under the road.