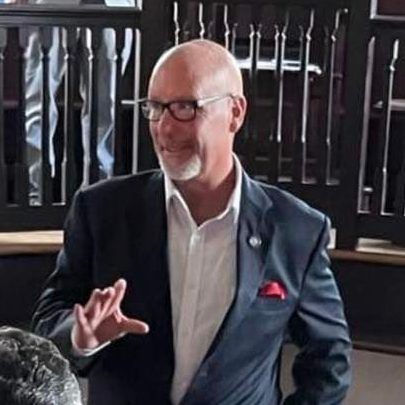 by Sam Walker
August 19th, 2022
A committee of Republicans from North Carolina’s First Senate District have unanimously selected state Rep. Bobby Hanig (R-Currituck) to move across the Legislative Building for at least the rest of this year.

Meeting at the 1767 Chowan County Courthouse on Thursday, a panel of 41 delegates from the 11 county district recommended Hanig to the state Republican Party as the replacement for former Sen. Bob Steinburg (R-Chowan) after he stepped down at the end of July.

“I am grateful for the unanimous support from each county party member,” Hanig said in a statement. “I believe my record of fiscal management, advocating for students and families, and standing up to help families helped secure my recommendation.”

The senator-designate’s nomination will now be forwarded to Governor Roy Cooper who will make Hanig’s appointment official within the next seven days.

A Republican from Powells Point, Hanig has been in the N.C. House of Representatives since 2018. He was elevated last year to Deputy Majority Whip, a key leadership position.

With the region split into a pair of districts beginning in 2022, Hanig was unopposed in the May primary for the Republican nomination to the Third District Senate seat. That district covers Bertie, Currituck, Camden, Gates, Halifax, Hertford, Martin and Warren counties.

Hanig will face Valerie Jordan, a Democrat from Warren County, in the November general election. Earlier this week, Hanig filed a protest of Jordan’s residency, claiming she actually lives in Raleigh. A hearing on that challenge is scheduled for Tuesday in Currituck.

Once Hanig is sworn into the Senate, that will leave open his House seat representing Currituck, Dare, Hyde and Pamlico.

Paul O’Neal, a former Currituck County Commissioner from Waterlily, is the likely candidate to serve out the remainder of the House term ending in January.

Hanig said last month no major votes will be taken, with skeleton sessions taking place about every 30 days.