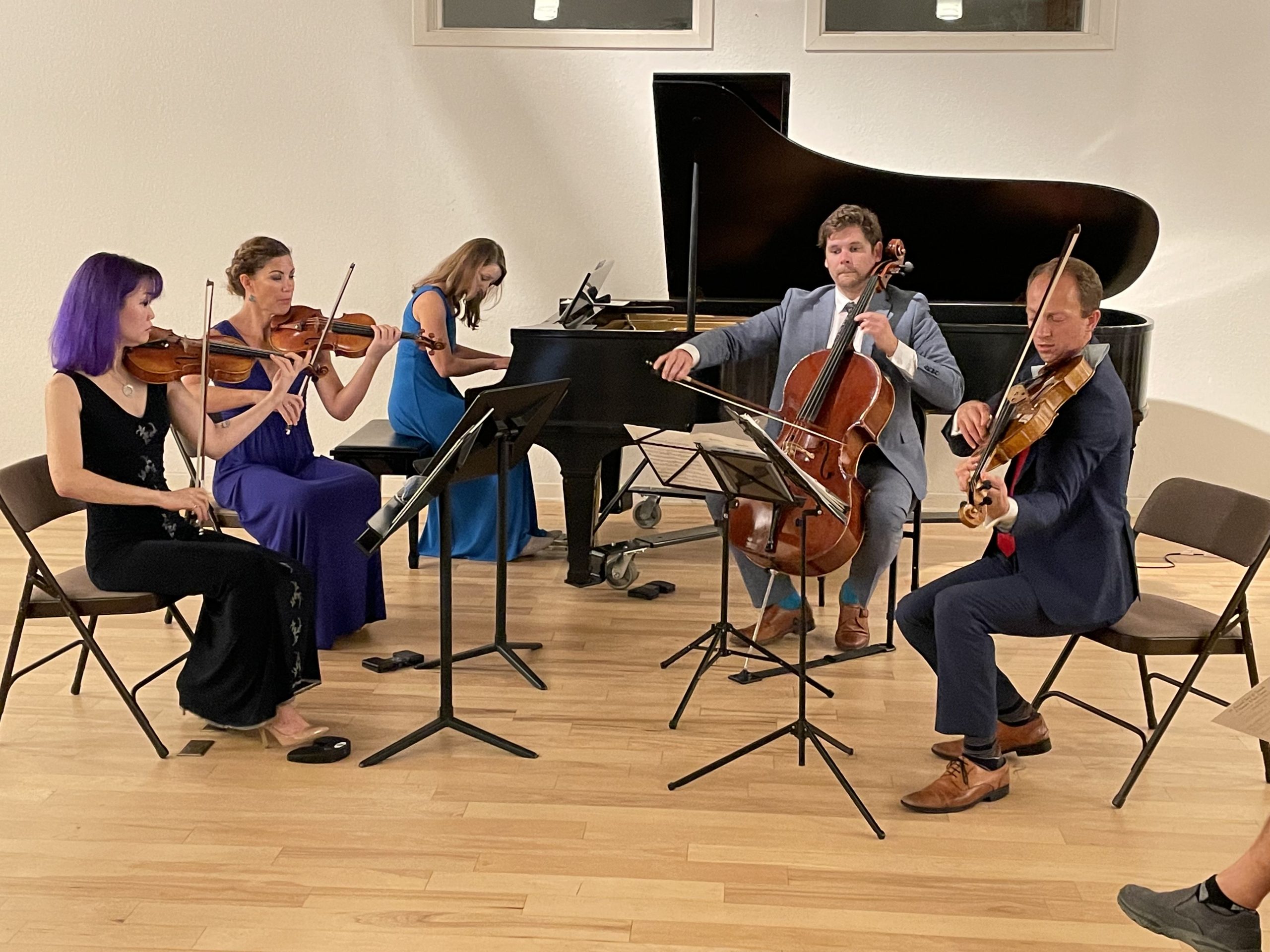 The joy and beauty of classical music returns as the Don & Catharine Bryan Cultural Series and the Dare County Arts Council welcome the 8th Annual Surf and Sounds Chamber Music Series to the Outer Banks.

The first two performances will take place on Tuesday, August 23 at All Saints Episcopal Church in Southern Shores and Wednesday August 24 at St. Andrews By-The-Sea Episcopal Church in Nags Head. Dr. Amanda Halstead, who has performed in the past with the Surf and Sounds Chamber Music, is an extraordinarily gifted pianist whose understanding and love of the music allows her to play even the most difficult compositions with an understanding the helps bring the music to life will accompany the strings. Both performances are scheduled to start at 7:30 p.m and are free to the public

Flutist Debra Cross will perform with Fowler and Halstead in the first composition of the evening, Phillipe Gaubert’s Trois Aquarelles for Flute, Cello and Piano. Cross is the principal flutist for the Virginia Symphony Orchestra with a string of other credits to her name.

Cape Hatteras Secondary School in Buxton will host the Surf and Sounds series on Thursday, August 25 with a final Outer Banks performance at the Dare County Arts Council Galley in Manteo on Friday, August 26. The concerts will begin at 7:30 p.m., admission is free for all.

Oboist Jaren Atherholt will accompany Fleming, Fowler and Kim in program that will feature two selections from Mozart. His Divertimento for Violin, Viola and Cello K.563 is a string trio. His Oboe Quartet in F major K.370. Benjamin Britten’s Phantasy Quartet, op. 2 will also be performed. Atherholt is Assistant Professor of Oboe at the University of North Carolina School of the Arts. Jaren spends her summers performing in the Grand Teton Music Festival in Jackson Hole, Wyoming and has participated in the Aspen Music Festival, Verbier Festival Orchestra, Music Academy of the West, and Spoleto Festival USA

The musicians of the Surf and Sounds string quartet have well-deserved international reputations for their creative skill, performing before audiences throughout North America, Europe and Asia. An evening spent with the musicians of the Surf and Sounds Chamber Music Series brings the beauty, artistry and genius of great composers to life. Performed by world-class musicians it turns an Outer Banks evening into a time of magic.

The Bryan Cultural Series is a non-profit organization formed in 2012. The board of directors is composed of nine community leaders dedicated to offering a series of high quality cultural events. These events will include a variety of visual, literary and performing arts. The board strives to glean from talent that has attained regional as well as national recognition to maintain a high standard.