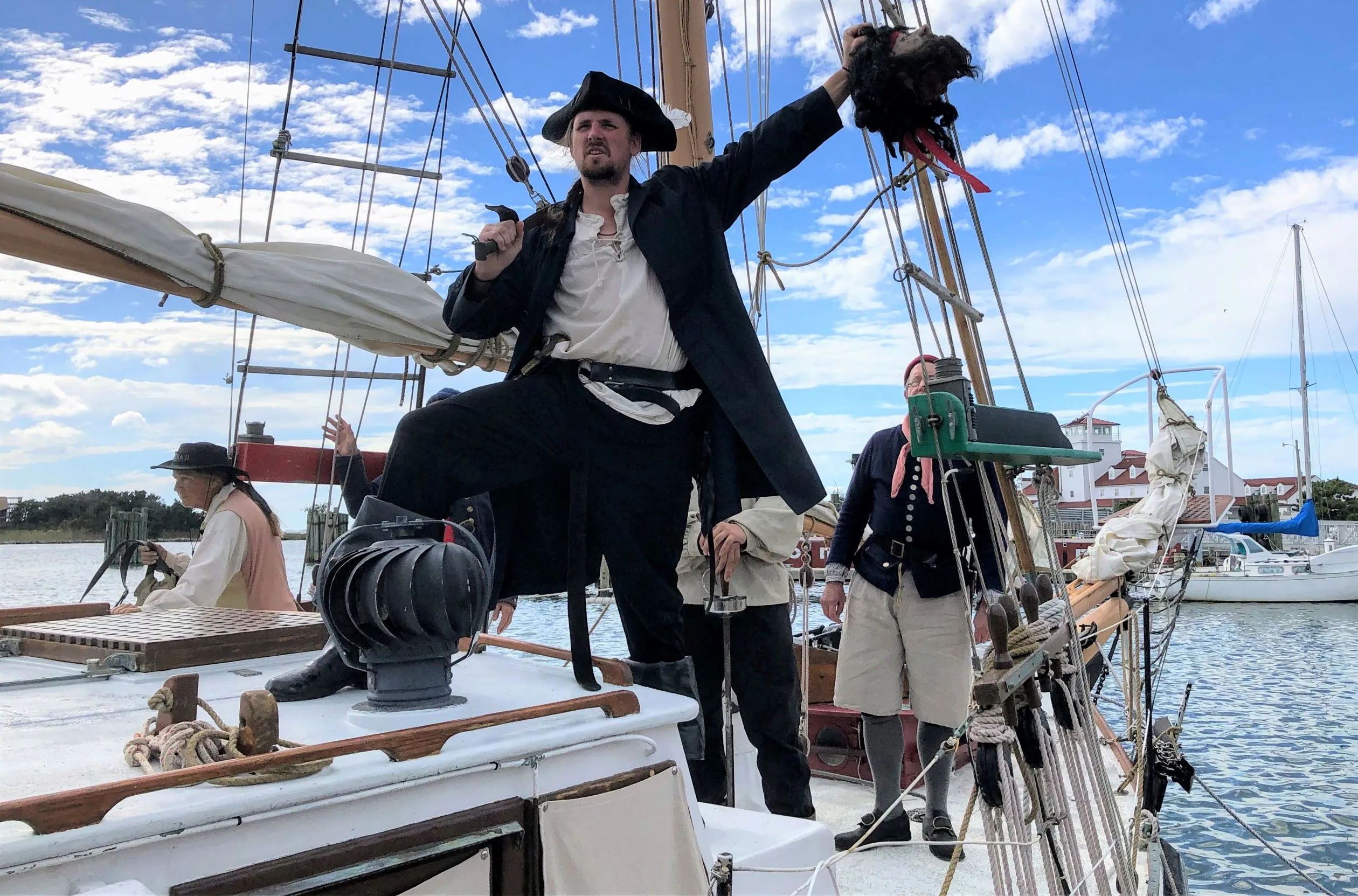 by WOBX staff
August 11th, 2022
Ocracoke Island will celebrate colonial life in the 1700s with a living history encampment and the Battle of Ocracoke on Friday, Oct. 28, and Saturday, Oct. 29, on the Berkley Manor grounds.

As it did last year, the festival will focus on history, colonial life and family fun.

Festival goers will be encouraged to eat and drink in any of Ocracoke’s many restaurants.

Events will kick off Friday evening with a showing of the campy 1952 film “Blackbeard the Pirate,” which, says historian Kevin Duffus, helped mainstream the so-called “talk like a pirate” and clichés we’ve come to associate with pirates.

Saturday (Oct. 29) will again kick off with a “pirate parade” through “downtown” Ocracoke and will feature a colonial encampment on the grounds of the Berkley Manor along with artisan vendors.

The encampment will feature daily life, navigation, cooking and medicine. Games for kids and adults will include tug of war, axe throwing and “fight a pirate.”

Sword fight demonstrations with the Shadow Players and the Sword Circle will go on throughout the day as well as historical talks.

Other events will include the three-ship battle in which Blackbeard met his demise at the hand of Royal Navy Lt. Robert Maynard and roving minstrels singing sea chanteys and tavern songs.

The event will conclude at 5 p.m. with a memorial service honoring the fallen sailors for both Blackbeard and Lt. Robert Maynard.

A detailed schedule will be released later.