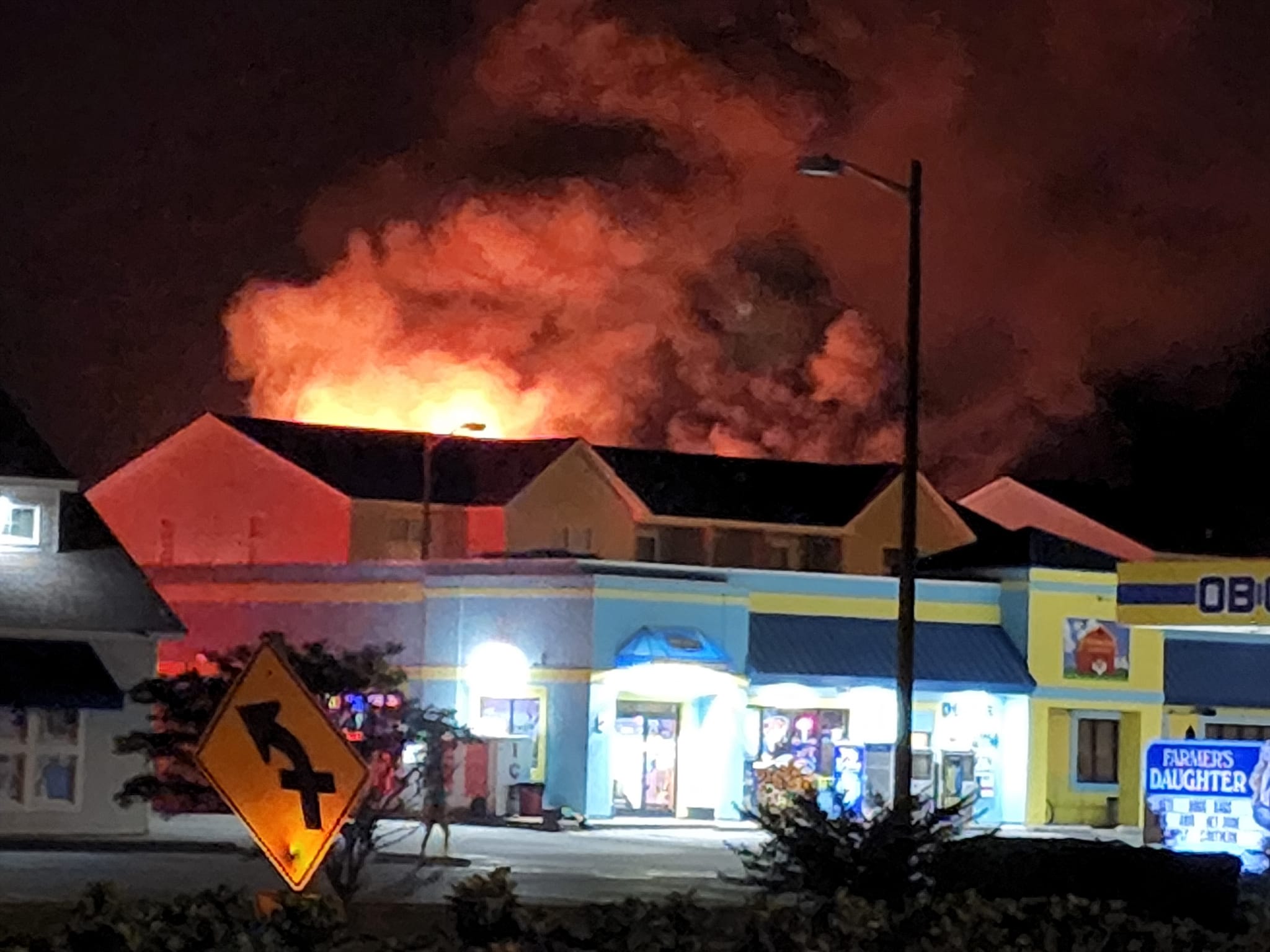 VIDEO: 30-plus residents displaced after fire at Monteray Pines apartments in Corolla

A fire early Friday heavily damaged one building in an apartment complex in the Monterey Shores section of Corolla that houses a mixture of local residents, seasonal workers and vacationers.

While returning from a false alarm call elsewhere, crews from Corolla Volunteer Fire and Rescue spotted the fire in progress around 4:30 a.m. at Monteray Pines on Caroline Court.

Units performed an aggressive fire attack and were able to contain the fire to the floor of origin, according to a statement from the Currituck County Department of Fire and EMS.

All occupants were able to safely evacuate, and there were no reported injuries. The blaze has displaced 30 to 35 occupants, according to Currituck Fire and EMS Chief Chip Melton.

The cause of the fire is under investigation by the North Carolina State Bureau of Investigation.

The local chapter of the American Red Cross has been assisting residents, while Corolla Chapel has begun to take donations for those effected. Donations can be made at the south entrance of the chapel.