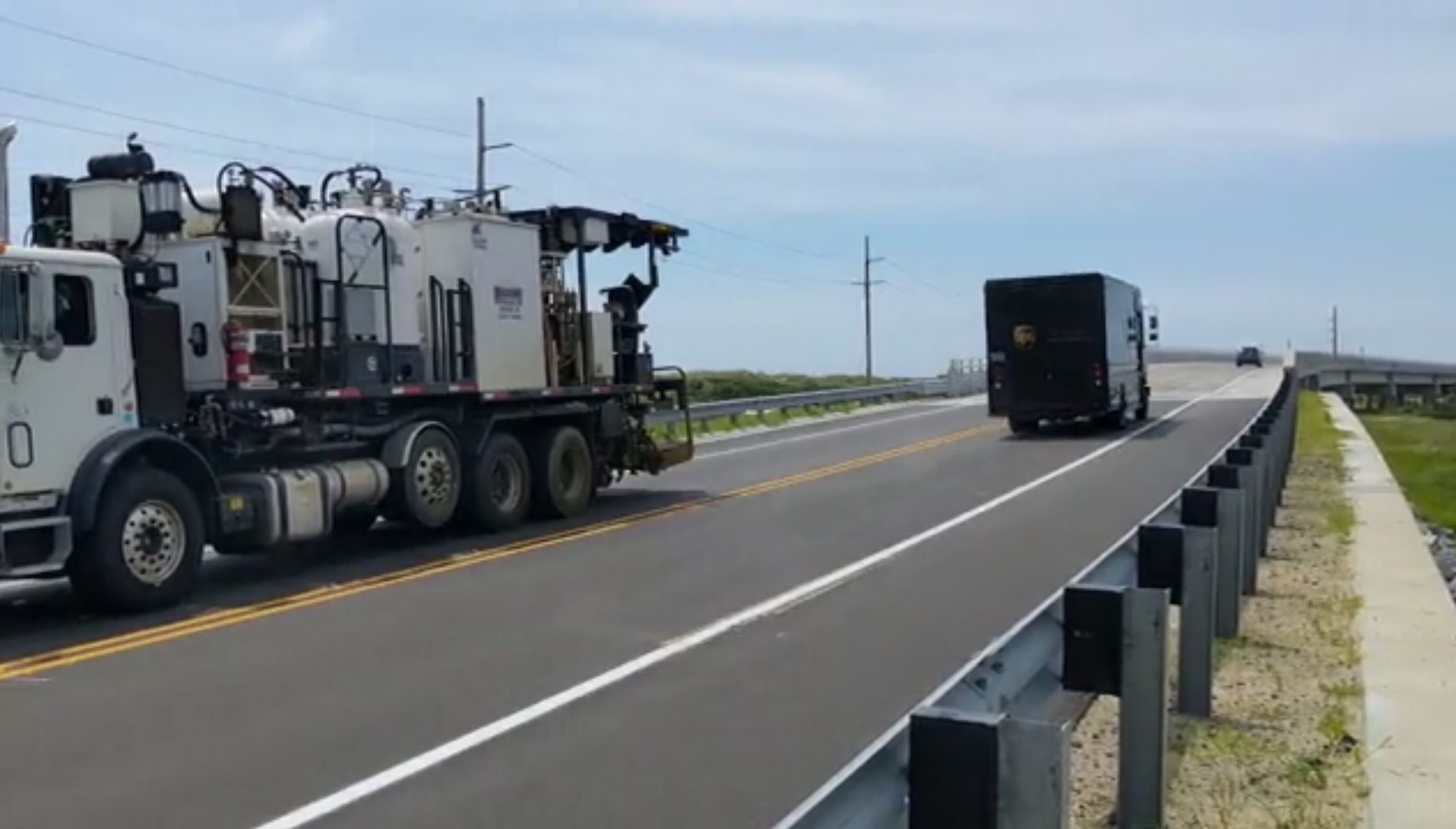 The first southbound vehicles began moving across the structure at 11:40 a.m. on July 28. Northbound lanes were opened at 12:20 p.m.

The new 2.4-mile bridge extends over Pamlico Sound between the southern end of the Pea Island National Wildlife Refuge and the village of Rodanthe, bypassing the S-Turns and Mirlo Beach section of N.C. 12 that is extremely vulnerable to ocean overwash.

Multiple delays were experienced by contractors over the last four years, including difficulties driving pilings for the northern half of the bridge, a damaged expansion joint, and issues with lane markings on the span that kept the bridge from opening this past spring.

Intermittent daytime lane closures on the bridge will still be necessary in the coming weeks, as Cape Hatteras Electric Cooperative continues to connect electric, phone and internet transmission lines onto the new structure.

Work to install the conduit & hanger system under the Rodanthe bridge is complete & our contractor is now working to install our new transmission cables. These cable pulls will require brief daytime lane closures Mon-Fri. Visit https://t.co/JxwD4zDLZO for updates on lane closures pic.twitter.com/o8FVKP789x

After the cables are attached, pavement and sandbags on the bypassed section of N.C. 12 will be removed, allowing it to return to its natural state.

The road removal project is expected to be complete by the end of November.

The old N.C. 12 through the Mirlo Beach neighborhood has been closed to through traffic, and no parking is allowed along the shoulder from the traffic circle in Rodanthe village to a cul-de-sac just south of S-Turns.

A parking lot is now open in Pea Island National Wildlife Refuge north of the new bridge, which allows access to the beach north of S-Turns.

The Rodanthe bridge is the third new bridge to be completed on N.C. 12 in the last five years.

The Captain Richard Etheridge Bridge over New Inlet was completed in 2017, and the Marc Basnight Bridge over Oregon Inlet opened in 2019.