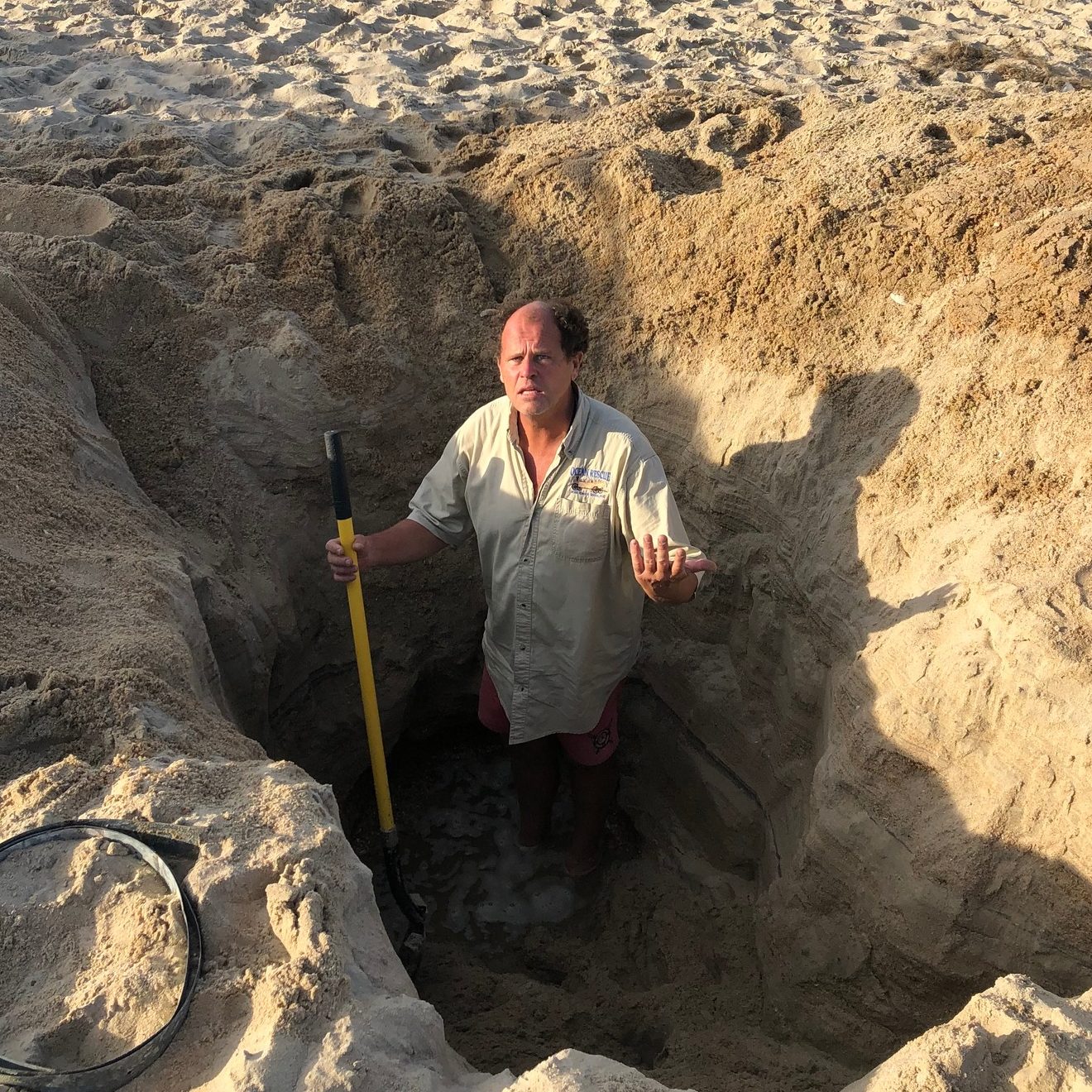 VIDEO: The dangers of digging holes on the beach

Current TV, in partnership with the Town of Kill Devil Hills, has released a video designed to educate and inform the public about the dangers of digging deep holes on the beach and the risks they pose to public safety.

Earlier this year, a joint press conference was held at the Ocean Bay Boulevard beach access in Kill Devil Hills, where ocean rescue officials from the towns of Nags Head, Kill Devil Hills and Kitty Hawk discussed the dangers that large holes on the beach pose to beachgoers, ocean rescue personnel and wildlife, such as sea turtles.

Nags Head Mayor Ben Cahoon is spearheading an effort to pass a state law that would have criminal penalties for violations, The Outer Banks Voice reported last week.

The video, which includes footage from the press conference that was held on May 20, aims to spread awareness about the sand collapses that can occur when deep holes are dug and also highlights how large holes become extremely dangerous obstacles to unsuspecting beachgoers as well as ocean rescue personnel patrolling the shoreline in vehicles or on ATVs.