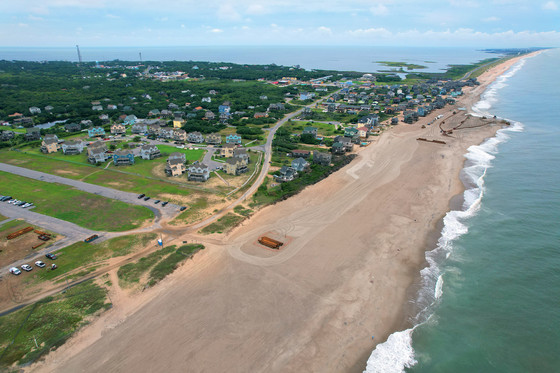 Great Lakes Dredge and Dock Co. has announced that the dredge Ellis Island, which left Buxton on Monday to head to Norfolk for repairs, maintenance and refueling, has returned to the Outer Banks and began pumping sand off South Nags Head.

If any issues are found in the subline during the testing process, the Ellis Island will leave Nags Head and head to Buxton in the next day or two to resume the beach nourishment operations that were previously paused.

If testing goes well and the dredge Ellis Island remains in Nags Head, then the Liberty Island will be assigned to the Buxton project once the Avon project is completed and the dredge takes time to refuel.

With this scenario, work in Buxton would likely resume on this coming Thursday or Friday.

Additional information on this year’s beach nourishment projects on the Outer Banks can be found at http://MoreBeachToLove.com.