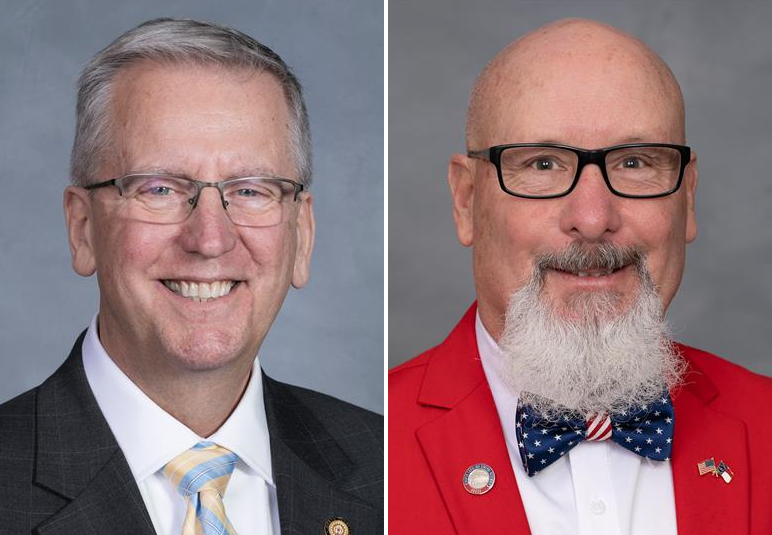 Steinburg to leave N.C. Senate at end of month; Hanig expected to be named replacement

by Sam Walker
July 15th, 2022
State Sen. Bob Steinburg has announced he will step down from the North Carolina Senate on July 31, likely clearing the way for state Rep. Bobby Hanig to assume a seat in the chamber he is running for in November.

The Daily Advance reported Friday that Steinburg is stepping down this summer so he can be eligible to be a registered lobbyist when the 2023-24 session begins at the N.C. General Assembly next winter.

The Republican from Edenton is in his second term as senator for the First District, which covers Camden, Chowan, Currituck, Dare, Gates, Hertford, Hyde, Pasquotank, Perquimans, Tyrrell and Washington after serving three terms in the state House.

Steinburg chairs the Senate Select Committee on Prison Safety and has been a key player in moving prison reforms through in recent years.

Steinburg lost to fellow Sen. Norm Sanderson of Pamlico County in the GOP primary in May, after the the two were placed in the same district during the most recent redistricting process.

Sanderson has no opposition in the general election this November for the new First District that will include Carteret, Chowan, Dare, Hyde, Pamlico, Pasquotank, Perquimans and Washington counties.

“It has been the opportunity of a lifetime to serve in the North Carolina House of Representatives. I look forward to continuing my service in the Senate,” Hanig said.

“Senator Steinburg is a great leader. I am honored to have his support in filling the vacancy,” Hanig said. “I will work hard to carry on his legacy of standing up for northeastern North Carolina values in Raleigh.”

Hanig is a Republican from Powells Point serving his second term in the N.C. House of Representatives and was elevated last year to Deputy Majority Whip, a key leadership position.

With the region split into a pair of districts beginning in 2022, Hanig was unopposed in the May primary for the Republican nomination to the Third District Senate seat. That district covers Bertie, Currituck, Camden, Gates, Halifax, Hertford, Martin and Warren counties.

Hanig will face Valerie Jordan, a Democrat from Warren County, in the November general election.

The replacement for Steinburg will be nominated by a committee of Republicans from each of the 11 counties in the First Senate District, and then submitted to the governor for approval. But that cannot happen until after Steinburg officially steps down.

Haing said Friday he has spoken to 9 of the 11 GOP chairs to express his interest and received favorable opinions.

If Hanig is approved to take the Senate seat, that would leave open his House seat representing Currituck, Dare, Hyde and Pamlico.

Hanig said Paul O’Neal, a former Currituck County Commissioner from Waterlily, is the likely candidate to serve out the remainder of the House term ending in January.

Hanig said no major votes will be taken, with skeleton session taking place about every 30 days.