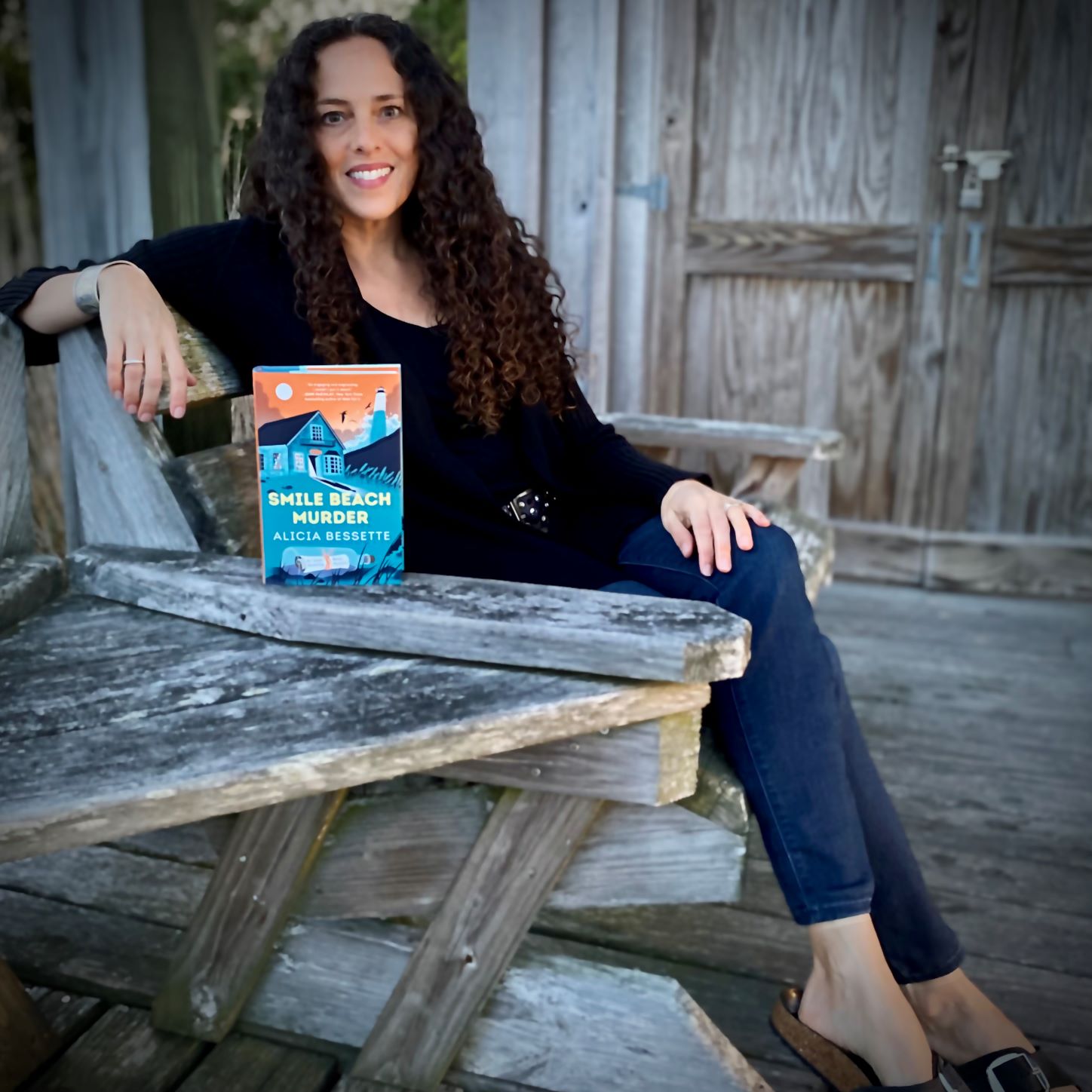 At the top of the 2022 best-seller list at Downtown Books in Manteo, which features quite a few local authors and Outer Banks oriented books, is Alicia Bessette’s Smile Beach Murder.

The first in a planned Outer Banks Bookshop Mystery series, Smile Beach Murder has been garnering attention since its pub week in early May with a mention in the New York Times Book review.

Not only is it the book of the summer at Downtown Books and at sister store Duck’s Cottage Coffee & Books, it has also been on the Southern Independent Bookseller’s Alliance best-seller list for the past several weeks.

Set on fictional Cattail Island, which Bessette admits is a mixture of Ocracoke and Manteo, readers are introduced to Callie Padgett, a former reporter turned bookshop clerk who has returned home to regroup after getting laid off.

When a body turns up at the foot of the lighthouse, in circumstances eerily similar to her mother’s death years before, Callie finds herself becoming an amateur sleuth as she tries to figure out the connection between the two deaths and her connection to her island home.

Downtown Books will be hosting author Alicia Bessette on Friday, July 15, from 11 a.m. to 1 p.m. for a book signing.

Don’t miss an opportunity to pick up a signed copy of the cozy beach mystery everyone is reading this summer!

Downtown Books is a very independent bookstore serving Roanoke Island and the entire Outer Banks and is located at 103 Sir Walter Raleigh Street in downtown Manteo. Books can be reserved online at duckscottage.com and can be shipped after the event.